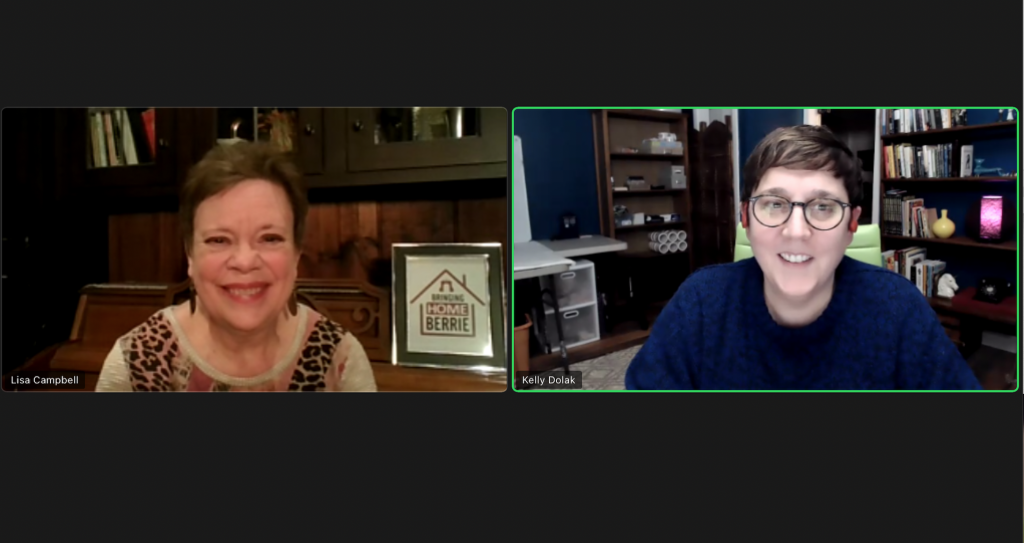 Ramapo’s Berrie Center for Performing and Visual Arts will be hosting a virtual Faculty Film Series every Tuesday in February. The event will showcase four Ramapo professors' feature films.

On Feb. 2, the first Tuesday viewing featured Associate Professor Kelly Dolak’s 2017 documentary “Loyalty Code.” Students and faculty alike who signed up for the event received a link to the film at 7 p.m., followed by a Q&A session via Zoom at 8:30 p.m., hosted by Berrie Center Director Lisa Campbell.

The discussion started with a brief introduction from Dolak and some background on her documentary. “Loyalty Code” enters the “Happy Valley” of Penn State University’s large, tight-knit community. Penn State, known for its loyal and spirited student body and alum, has an immense passion for its football team. The craze and support of college football are more than evident at Penn State, where the players and coaches are idolized and placed on high pedestals.

Joe Paterno, Penn States’ head football coach from 1966-2011, raking in 409 victories, was known as the most successful coach in all of NCAA FBS history. With such a rich background and avid admirers, it came as a complete shock when he fell at fault for being aware of his assistant coach’s years of crimes.

In 2011, it was revealed that Jerry Sandusky, coach Paterno’s assistant, had been sexually abusing minors from as early as 1979. With havoc arising at the once smiling blue and white college town, members of the Penn Family felt at odds with their loyalty to the football team and university. Many felt as if they had been betrayed, embarrassed to be part of something so large and foul. Others did not resort to minimizing their support and respect for Paterno: he was a role model, mentor, and widely known figure to many.

The documentary offers not only an inside view of the Penn State nightmare but the opportunity to reflect on how far we will go for those we deem loyalty to. As a Penn State Alumni, when Dolak heard the news of the scandal, she thought “it was a big story,” and “was really interested in just what happened there and trying to find out” the truth.

At the time, Dolak was not sure of her focus yet for the documentary: she packed up her equipment, got in her car, and headed back to Happy Valley to find her story. The biggest challenge she would face, however, ended up being how long it took to make the film, as she was waiting and filming in real-time for all of the results, updates, and legalities of the case.

Though the film took years to complete, its outcome emphasized the film’s main message. “I think the core of this story was loyalty and the commitments that we make to things, and how loyalty might not be the best code if we’re trying to be responsible to other people,” says Dolak. She later referred to this as “the code of humanity.”

“Loyalty Code,” while following one specific incident, relates to universal problems and aspects of loyalty dilemmas and moral obligations in our world.

“For me,” Dolak started, “now I’m looking at the film through the lens of the Trump era.” Later in the conversation, she added, “the Trump era is layering overtop of [the film].”

The relevancy of the documentary continues to push viewers to rethink their loyalty and moral obligations in life. It was refreshing to see one of Ramapo’s professors share and discuss their work with our community and allow viewers to reflect on their actions of loyalty.

Whether you are a student interested in the arts and film, or you just enjoy watching new movies, be sure to sign up for the remaining three viewing events as follows: “A Condor in the Reeds” by Professor Marta Naomi Bautis on Feb. 9; “Days of Atonement” by Professor Shalom Gorewitz on Feb. 16: and “Blue Hole” by Associate Professor Rowlett Neel Scott on Feb. 23.

“Loyalty Code” can be streamed on Amazon Prime.