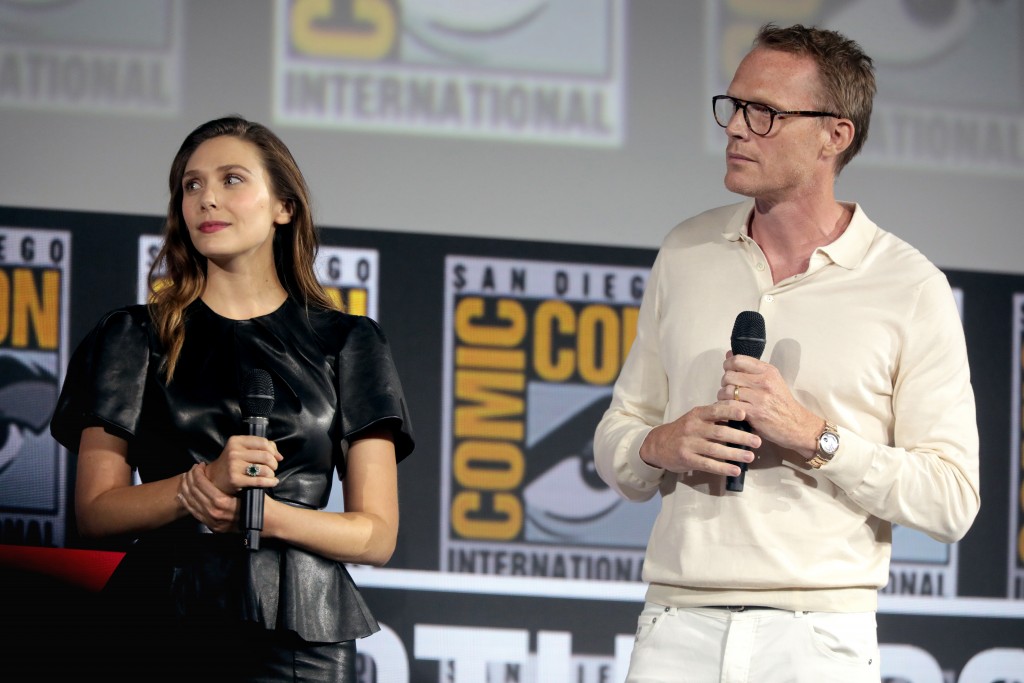 DISCLAIMER: Spoilers below for the first six episodes of "WandaVision," and potential spoilers for future Marvel projects.

Even though Marvel has released over 20 films thus far, "WandaVision" keeps things fresh and engaging in their first Disney+ series. Six episodes in, "WandaVision" has charmed and perplexed viewers with fan-favorite characters locked in an eerie, slow-burn mystery. According to Forbes, WandaVision has been such a success that it is currently the “number one series worldwide.”

The weekly release schedule of “WandaVision” has also been a success. Instead of dropping the entire season at once like Netflix, the series airs weekly. Such a release schedule has led to endless discussion and theorizing by fans on the internet about what they think will happen next.

Contributing to this discussion, below are some fan theories based on the first six episodes of "WandaVision."

A Change in Tone

Before each episode of “WandaVision,” Wanda Maximoff (Elizabeth Olsen) says “previously on WandaVision.” If viewers go back and pay attention to Wanda’s voice, they will notice she sounds less enthusiastic with each episode.

Wanda's change in vocal tone can be compared to the tone of the series, where each episode has gotten progressively darker. This can also convey that Wanda is stressing out and slowly losing her grip on the fantasy life she has created for herself.

Who is Evan Peters?

Viewers were surprised when Wanda’s previously dead brother showed up at her door at the end of episode five. In a further twist, instead of Arron-Taylor Johnson showing up as Pietro Maximoff (or Quicksilver), Evan Peters arrived, seemingly with all the memories from before Johnson’s Pietro died.

Marvel fans recognized Peters from his portrayal as Maximoff in various "X-Men" films. However, in these films, Peters was named “Peter” Maximoff instead of Pietro.

With her “recast” brother now in play, Wanda is suspicious of him. Pietro seems to know more than he lets on, and Wanda is unsure how he arrived at Westview in the first place. This has led fans to ponder the true identity of Evan Peters’ character. Is this the Quicksilver we saw in “Avengers: Age of Ultron,” the Quicksilver from Fox’s "X-Men" films, or a different character entirely?

A recent collectible unveiled from Funko may give theorizers some insight into Peters’ true identity. This Funko Pop figure is "Pietro Maximoff" in his Halloween costume from episode six. While a cool-looking collectible, the presence of quotation marks around his name is a skeptical inclusion.

If Peters was truly playing Pietro, then why put quotation marks on the merchandise? This seemingly confirms that Peters’ character is not who he says he is, and if this is the case, then who is he really?

If Peters’ character is intended to be the same Quicksilver from Fox’s “X-Men" films, this can hint at the plot of future Marvel films. If “WandaVision” goes the multiverse route, the series could be setting up the “Doctor Strange” and “Spider-Man” sequels.

In “Doctor Strange in the Multiverse of Madness,” Strange is set to deal with problems in the multiverse. In the untitled “Spider-Man 3,” Tom Holland is rumored to be crossing paths with Tobey Maguire and Andrew Garfield’s interpretations of Peter Parker, presumably all from different universes.

So far, Wanda is confirmed to appear in the Doctor Strange sequel. She also is rumored to be appearing in “Spider-Man 3.” Her inclusion in these films suggests that the fallout of “WandaVision” will influence the future of the Marvel universe. Perhaps Wanda’s reality warping will reach into other universes, displacing Peters' Quicksilver and the other Spider-Men from their homeworlds.

What do you think of “WandaVision" thus far? Do you agree with these fan theories, or do you think these are a stretch? As Wanda’s neighbor Agnes once said, “the devil is in the details.”