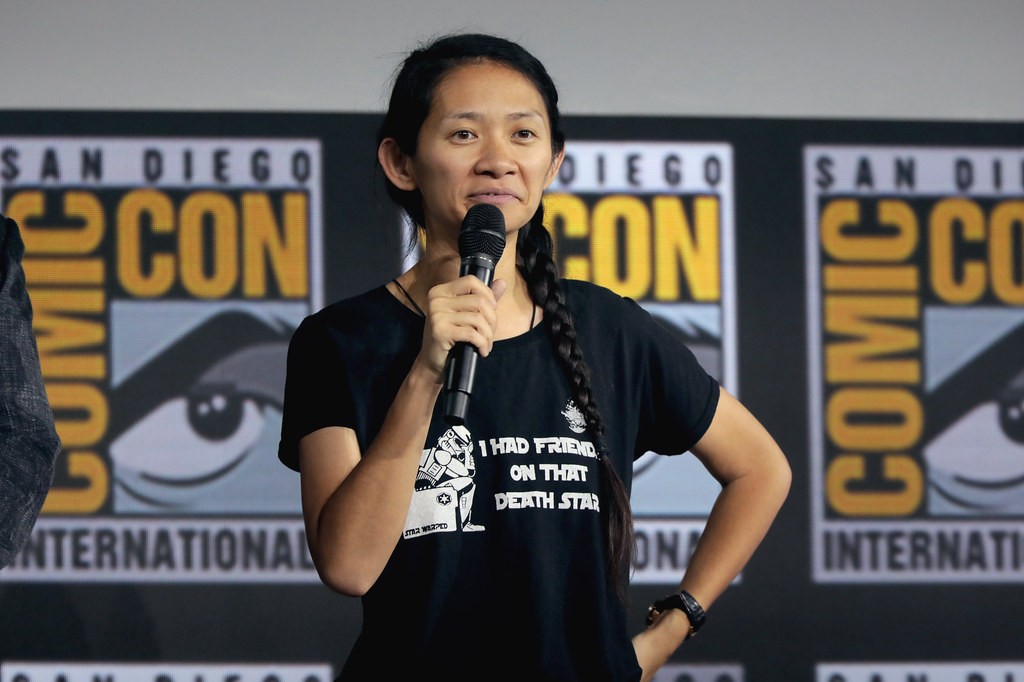 If any fans of the Marvel Cinematic Universe are already excited about the upcoming film “The Eternals,” directed by the incredible Chloé Zhao, then they need to watch her latest project “Nomadland,” which can be found on Hulu or in select movie theaters.

Written, directed and edited by Zhao, “Nomadland” singlehandedly shows why she is the breath of fresh air that Hollywood needs right now, as well as the MCU.

This is literally the best movie one can review when they have a word limit, because nothing really happens in the film, and yet everything important in the world occurs within its runtime.

Based on a 2017 non-fiction book “Nomadland: Survivng America in the Twenty-First Century” by Jessica Bruder, the nomadic narrative is led by Fern, played by Frances McDormand, as she discovers the life of a nomad in the United States, particularly in the American West. She spends her days travelling in her van, working at restaurants and packing boxes for Amazon, never staying still, just like the consistently handheld camera following her on her journey.

Zhao made sure that the whole nomadic lifestyle was showcased respectfully and truthfully, and that the technical elements of the film resemble and represent its content.

Most of the nomads were played by real-life nomads, including Bob Wells, whose YouTube videos on vandwelling have served as an inspiration to thousands of people. Aside from showing how technically excellent in filmmaking and editing she is, Zhao also managed to get some surprisingly honest and emotional performances out of the real-life nomads.

McDormand has proven herself as a force of acting nature numerous times before, particularly with her performances in “Fargo” and “Three Billboards Outside Ebbing, Missouri,” but the amount of nuance and fragility she managed to portray through Fern was on another level, even for her.

The wide array of sad and broken smiles with which she greets different people around her somehow contain more meaning than any words that could be said. The same can be said for the long, intimate takes that follow Fern through the nomad campsites, as she takes in the views that cannot be described, only seen.

The soundtrack, composed by Ludovico Einaudi, becomes an essential passenger on the journey itself. There were a few moments where the score might have been slightly intrusive, breaking the peace created by everything else, but those were few and far between.

From a personal standpoint, this is the truest representation of the U.S. that I have ever seen in any piece of art. Zhao shows as much ugliness as she does beauty, starkly transitioning from the peaceful desert to the blinding Amazon warehouse, as Fern herself struggles with choosing between the difficult nomadic lifestyle and corporate America.

There are so many more things I could write about “Nomadland,” but there is also nothing else that I have to write. None of those words could encompass what an experience this film is, and none should. “Nomadland” is to be watched, lost in and then moved on from, just like a nomad would.

As Bob Wells said it best, “I’ll see you down the road.”