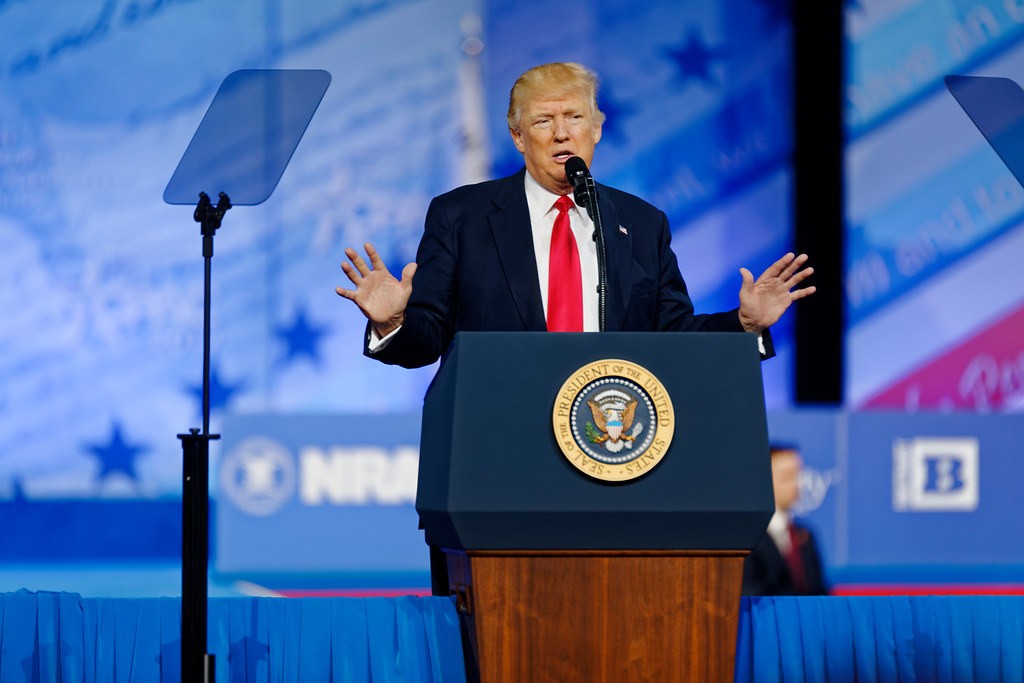 On Feb. 28, former President Donald Trump spoke at the Conservative Political Action Conference (CPAC) in Orlando, Fla. Typically, the conference is held in National Harbor, Md., but Gov. Larry Hogan forbade the event from occurring in his state due to COVID-19 related concerns. It was the first time since leaving office that he has made a public appearance. Trump has not been able to tell the public about his recent activities since many social media platforms banned him in January. As a result, many of the CPAC attendees and his supporters were very excited to see him speak at the event.

Trump hinted at many future possibilities in his speech, the biggest was hinting at a 2024 run for president. Many people have speculated that this would happen. According to the 2021 CPAC Annual Straw Poll, 55% of CPAC Attendees voted to say they would like Trump to be the 2024 Republican nominee for president. Florida Gov. Ron DeSantis was the only other contestant with double digits with 21%. What these numbers show is Trump is still the face of the Republican party and he is not going away anytime soon. A possible Trump-DeSantis ticket would be a very strong choice among Republicans in 2024. Many people who voted for DeSantis would most likely prefer him over Trump for president since DeSantis does not have the same behavioral traits as Trump.

In his speech,Trump took aim at the Biden administration. Trump stated how Biden’s border policies are “immoral.” Since Biden took office, many of the border policies that were in effect when Trump was President suddenly went away. One of the first policies Biden implemented was to stop construction at the southern border wall. Changing the security at the southern border could allow more illegal immigrants to flow into the U.S., and that is not what the United States needs.

Trump’s speech on Sunday was a great speech to remind the American people of the Trump administration’s accomplishments and to remind Trump’s foes that he has no plans of leaving the political scene anytime soon.