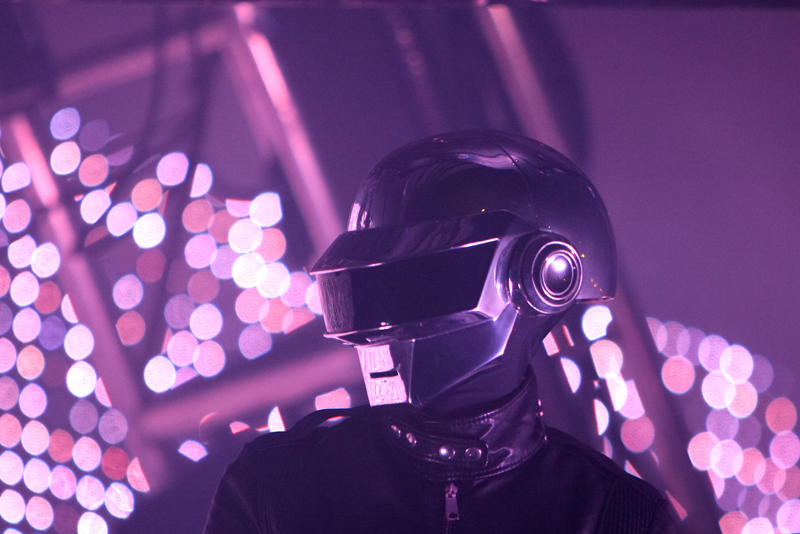 On Monday, Feb. 22, Daft Punk uploaded a video to their YouTube channel titled “Epilogue.” The eight-minute video left the public confused, wondering if this was the end of Daft Punk. Their publicist, Kathryn Frazier, later confirmed that the duo was breaking up but gave no reason for the split.

Thomas Bangalter and Guy Manuel de Homem-Christo, the men behind the silver and gold masks, met in 1987 while attending secondary school in Paris. They originally formed a pop band called Darlin’ in 1992 with friend Laurent Brancowitz. The group only released four songs.

After the breakup, Bangalter and Homem-Christo created Daft Punk as Brancowitz pursued his own music career. The name was inspired by a negative review for their old band in the U.K. music magazine Melody Marker, where they referred to their sounds as “daft punky thrash.”

In 1995 their single “Da Funk” reached the top 10 pop charts in both the UK and France. Their debut album “Homework” was released in 1997 and became a staple in the house music genre. The release of their 2001 album “Discovery” was when the duo started making appearances in their signature robot looks. Songs like “One More Time,” “Harder, Better, Faster, Stronger” and “Around the World" became classic dance hits.

In 2003 the animated movie “Interstella 5555: The 5tory of the 5ecret 5tar 5ystem” premiered and continued the story told in the music videos for “One More Time,” “Aerodynamic,” “Digital Love” and “Harder, Better, Faster, Stronger.”

In 2006, Bangalter and Homem-Christo wrote and directed their own adventure/sci-fi movie “Electroma.” The footage used in the video posted on Feb. 22 was an excerpt from this film.

Daft Punk released its last album, "Random Access Memories," in May of 2013, which sold over 339,000 copies during its first week of release. In 2016, they collaborated with The Weeknd on his songs “Starboy” and “I Feel It Coming.” They have not released any new music since then.

During their run, Daft Punk raked in over six Grammy Awards, two of them including Album of the Year and Best Dance/Electronica Album in 2013 for “Random Access Memories.”

Daft Punk has been considered the stepping stone and inspiration for many modern EDM artists. Popular DJ Zedd tweeted, “’Daft Punk- Discovery’ was the first album I ever bought.”

“’One More Time’ is the first electronic song I ever fell in love with," he wrote. “I wouldn’t be here if it wasn’t for Daft Punk. Long live the kings that paved the way for EDM.”

DJ Porter Robinson also took to Twitter to talk about the influence Daft Punk had on him: “Thinking about how every stage of my life would have gone so differently if it weren’t for Daft Punk,” he wrote.

#DaftPunkForever started trending on Twitter as fans tweeted about their heartbreak over the duo’s unexpected split.

While Daft Punk has split, this does not mean the legacy they have will go with them. The mark they left on the EDM community will live on forever.