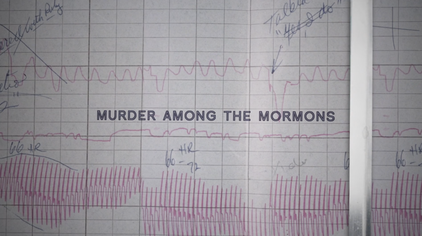 It began on Oct. 15, 1985. It ended the next day. Three bombings shook Salt Lake City, Utah, leaving its citizens feeling uncertain and unsafe. At first, it appeared that the bombings had three total victims, each of them connected to the Church of Latter-Day Saints. The ensuing investigation would uncover a world of deception, forgery and desperation that left both Salt Lake City and the Mormon Church shaken.

It consists of three episodes that range anywhere from 45 to 58 minutes in length. It premiered on Netflix on March 3 and has been met with impressive ratings. Netflix has been hitting regular home runs with their true crime documentaries for years now, and at first glance, it seems that “Murder Among the Mormons” is yet another win for the streaming service.

However, it’s important to note that this is no “Tiger King.” We’re coming up to the one year anniversary of everyone’s favorite early quarantine binge series, so it stands to reason that some might hope for the same wild ride from “Murder Among the Mormons.”

If you want an entertaining piece of true crime, however, you’ll be sorely disappointed. It is very much so a typical true crime documentary, consisting largely of archival footage and interviews with those involved in the case. The pace of each episode is slow and steady, focusing more on building a solid foundation of knowledge and slowly ramping up the suspense. At its heart, “Murder Among the Mormons” is an informative profile of a man who committed horrific acts in the name of his own ego.

That isn’t to say that this is an entirely skippable piece, however. If you’re a true crime fan, you’re no doubt familiar with the Salt Lake City bombings. “Murder Among the Mormons” expands on the most well-known facts on the case, showing viewers just how deep this rabbit hole goes.

The intimate interviews with everyone, ranging from the detectives who worked the case to the perpetrator’s wife, are must-sees. Many of the filler shots are gorgeous and aesthetically pleasing, and choosing to paint many of episode one’s filler shots in a golden hue—an obvious nod to the golden plates that helped found the LDS—was a stroke of genius on the part of the cinematographers.

The final episode feels almost praiseworthy of the perpetrator’s mind, and the documentary as a whole focuses more on the perpetrator’s genius than it does on the victims of his crimes. And there were victims: an innocent man and woman who had hopes, dreams, families, and careers of their own. The tragedy of their loss is glossed over by the almost admiring tone of the documentary’s subject.