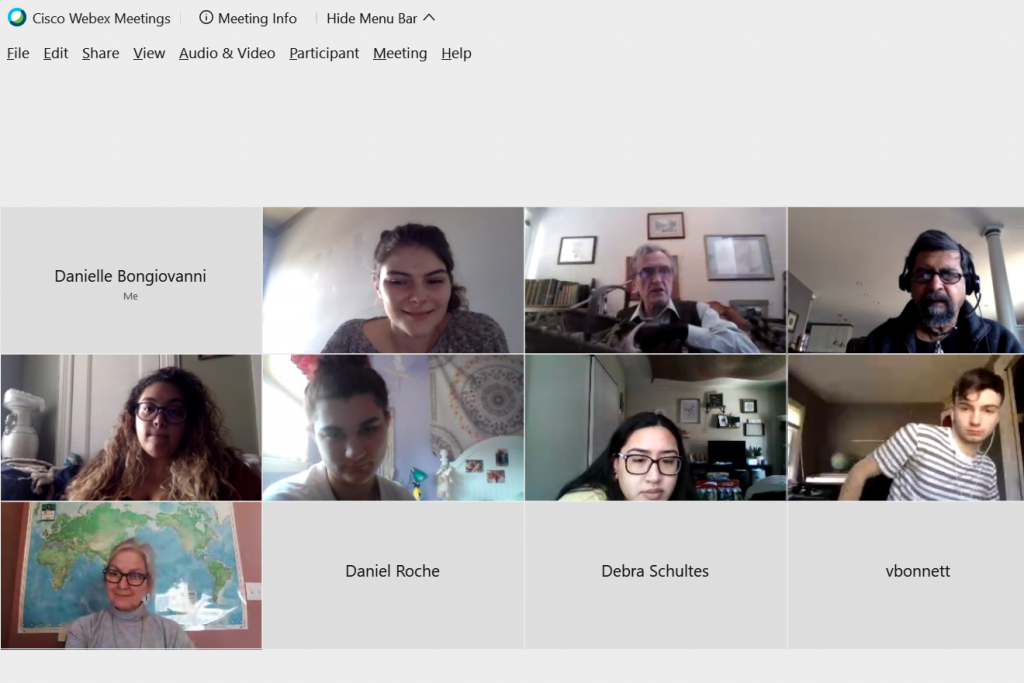 The Sustainability Committee invited Dr. Chuck Stead to continue his talk on “An Inside History of the Ramapough Lunaape Peoples” on March 11. He began by describing the connections between his own work at the college and the Ramapoughs.

Stead has brought students to sites where Ford Motor Co. once dumped paint and encouraged them to aid his cleanup program. He has also pushed for an old saltbox building to become a community resource and museum dedicated to remembering what pollution did to the land and its inhabitants.

“A big part of my work… is stewardship. It’s all about stewardship, environmental stewardship,” he said. The best stewards who offer “a tremendous wealth of traditional and ecological knowledge” are the Ramapough and preserving that information is vital.

Passing on Ramapough culture and lessons consists of telling stories.

“You need to tell these stories because that’s what keeps them alive,” Stead's father said to him when he was a child. “These stories were happening as they were being told… As you’re telling it, it’s coming into its own,” Stead said, even though these stories have been passed down for centuries.

“There is no happily ever after, there’s just the next thing, and it can be happy, or it can be unhappy, and you have a hand in that,” his father would say to him.

Currently, Stead is doing his best to have a hand in ensuring the Ramapoughs’ traditional culture of basket making is not lost. The decimation of their community and the toxic pollution from Ford Motor Co. contributed to the practice fading over the generations. Stead showed the audience one of the baskets he had left and recounted his memories of sitting beside Ramapough Elders as they harvested black ash splints and wove them into baskets. As they wove, they talked and told tales.

“It was hard to discern what was the old story, what was the current gossip,” he said. “I think this was their way of literally stepping in and out of time.”

“We learned this from Creator, because Creator weaves baskets,” The Elders said to him.

“Where are his baskets?” Stead asked.

The Ramapough Elders also taught him about the roles animals played in their lives. Because Creator made the animals first, they were taught ancient wisdom and so people must learn from them. Confused, a young Stead asked his father why they still ate animals if they were so wise.

“There is a great sacrifice for existence to continue,” his father said. “You don’t take life without being affected by the life… the essence of the animal’s soul starts to become you.” This transfer of essence infused some of that wisdom.

The talk circled back to the subject of religion.

From the Ramapoughs, Stead has come to accept the idea of a larger consciousness that people can become attuned to when they slow themselves down, whether they call their deity Jesus, Sky Mother or another name.

“I think we’re at a turning point right now… killing off the last of our indigineous communities, and that’s not by accident,” Stead said.

However, he also believes the world is at a point where it is easier to stand up to help protect and restore indigineous communities because that is the best path to sustainability and recovery.

On campus, this movement can include continuing the work done at the saltbox and partnering with the Ramapoughs the college is named after.

“We can work with them to appreciate their sensibilities,” Stead said. It would be an impactful way to follow the college’s mission statement, which promotes “diversity, inclusiveness, sustainability, student engagement, and community involvement.”

Dr. Chuck Stead’s book, "Get the Lead Out," contains more information about what he has witnessed over the years from the Ramapoughs. It is available for purchase at the campus bookstore.