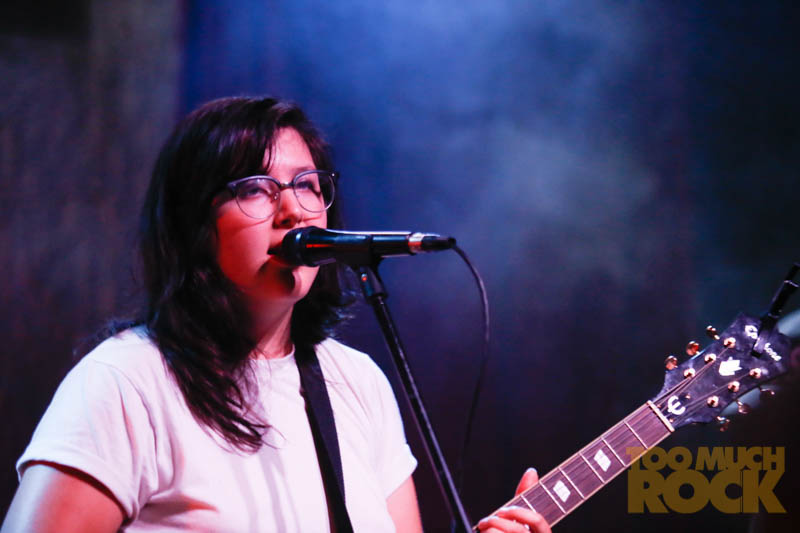 On March 9, American singer and songwriter Lucy Dacus released an official version of a song she previously only performed live. Dacus has released two indie rock albums, “No Burden” in 2016 and “Historian” in 2018, both critically acclaimed. Additionally, in 2018 she formed the band boygenius with Phoebe Bridgers and Julien Baker. She has less than 150,000 followers on Spotify, but this comparatively small following accentuates the intimate style of her songs as if she is sharing her heart with a few friends each time she sings.

Dacus began performing “Thumbs” in 2018 to end shows during her tour with Bridgers and Baker. Out of gratitude for the audience who respected her request to not record the song during those live performances, she mailed VHS copies of “Thumbs” to many of her fans a few months before its official release.

According to Dacus, her single was inspired by a memory from her first day as a college freshman. An unnamed friend received a call from her father who had been largely absent throughout her life. He requested a meeting, and when her friend agreed to see him at a local bar, Dacus offered to accompany her to ensure her safety and provide support.

The tone of the song reflected two often conflicting emotions: anger and love. Throughout the evening, Dacus was protective of her friend and ensured her father did not cross any personal boundaries. The overwhelming compassion she felt for her companion expressed itself as an urge to hurt a common threat.

Dacus hated that man as if she herself was a victim of his absent parenting style. Barely able to control her anger over how he had mistreated her friend, she sang, “I would kill him / If you let me.”

Similar violent sentiments were sung softly over even softer music and sound effects that mimic wind blowing in the background. If a listener was not paying attention, the song could be mistaken for a lullaby. The restraint in her voice reflected how Dacus hid her righteous fury at the bar to avoid making a scene. Though she did not understand why her friend had agreed to see the man again, Dacus respected the decision and knew it was not her place to interfere.

The lyrics, however, were not all aggressive. Dacus expressed the tenderness she felt for her friend by holding her hand, complimenting her eyes, cupping her face, and reminding her, “You don’t owe him shit even if he said you did.”

I found the song to be beautifully haunting and immediately understood why Dacus had hesitated to release an official version for so long. The subject matter was deeply personal and tapped into how the softest person could become fierce when forced to protect a loved one.

Anger is often considered an ugly and dangerous emotion, one that must be hidden lest it burned everything down. “Thumbs” by Lucy Dacus reminds us how that same fire can be used as a source of protection, comfort and inspiration. What matters is how we use it.