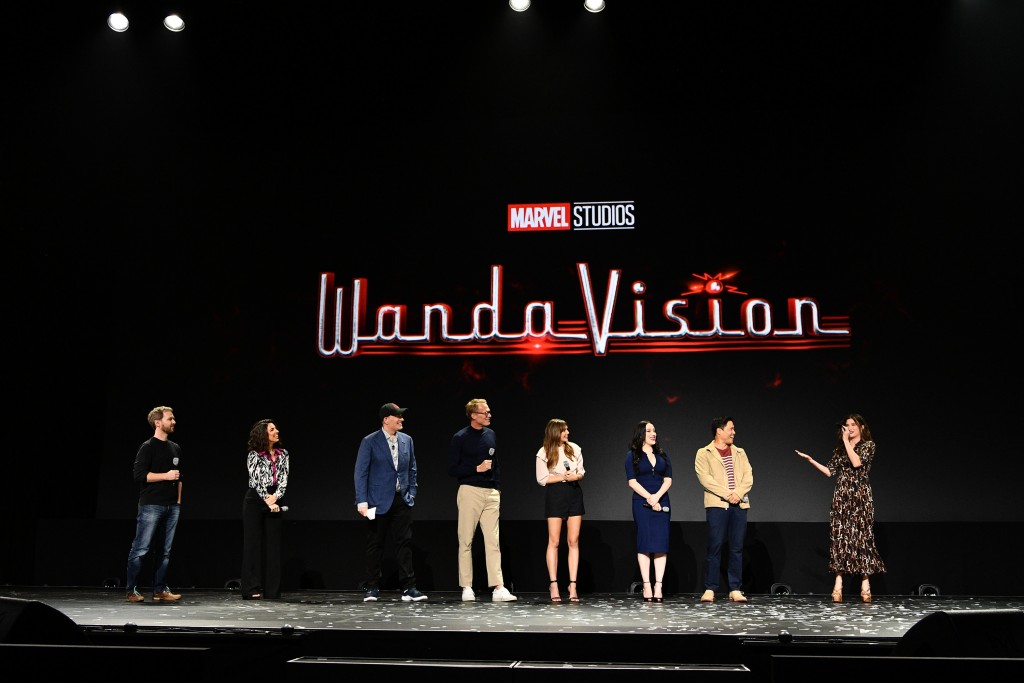 After a year and a half of waiting since the last big Marvel Cinematic Universe release, “Spider-Man: Far From Home,” due to delays from the unplanned worldwide pandemic, fans were finally able to re-enter the largest superhero world starting Jan. 15, 2021 on Disney+.

“WandaVision” marks both the beginning of phase four of this gigantic cinematic undertaking and the start of the Marvel Studios series coming to Disney+, which will give several side characters an opportunity to develop in a more detailed manner than before.

This limited series aired for nine episodes, and it centered on the fictional town of Westview right here in New Jersey, where Wanda and Vision are seemingly living in a literal sitcom without any superhero distractions, just raising kids and existing peacefully. But Wanda is hiding something, and nobody knows how Vision is alive.

The biggest praise I can give this show is that got me interested into the MCU again. The style is quirky and shamelessly weird. This was exactly the specificity and originality that was needed for the MCU in order to follow up “Avengers: Endgame,” considering the hype that was around it as the conclusion of a 10 yearlong buildup.

On the acting side, Elizabeth Olsen and Paul Bettany, who play Wanda and Vision respectively, are given the opportunity to flex their acting muscles. In the first half of the series, they are comically impeccable, and the latter batch of episodes give them a chance to really show off their dramatic capabilities. Every loving moment and every tense conflict is filled with believable emotion that elevates the plot to an above average experience.

This is also a credit to the show’s head writer, Jac Schaeffer, and the whole writing team involved. Even though they were limited by the need to tie in the overall narrative back into the larger story of the MCU, they still managed to infuse enough originality to give the show a memorable stamp that will make it stand out in the MCU pantheon, much like Taika Waititi’s “Thor: Ragnarok” or James Gunn’s “Guardians of the Galaxy.”

The sitcom gimmick never became stale either, as it coursed through television history alongside the mysterious story of “WandaVision” itself.

The biggest problem the show faces is that it becomes too similar to other MCU projects as the season progressed. Aside from the mind-blowingly enjoyable chemistry between Olsen and Bettany, the rest of the show becomes less memorable towards its end than whatever “Thor: The Dark World” was trying to be.

Another confusing decision, which is not a positive nor a negative, is the introduction of Evan Peters as the new Pietro/Quicksilver, AKA Wanda’s dead brother. She recast her brother with the actor from the “X-Men” movie franchise. Peters’ appearance was the cause of a countless number of fan theories, as well as online involvement that has not been seen since “Game of Thrones” was still considered quality television.

Sadly, by the end, the new Quicksilver only served as a long winded setup for a joke involving genitals, and it did not even land for most of the fan base. Nobody knows whether this was just a red herring or a plainly baffling creative decision.

With a way stronger beginning and middle than its end, “WandaVision” still stands at the top of the list of stories that the MCU has produced so far. We can only hope that Kevin Feige and the crew keep experimenting with their now stale formula and continue producing gems such as this one.