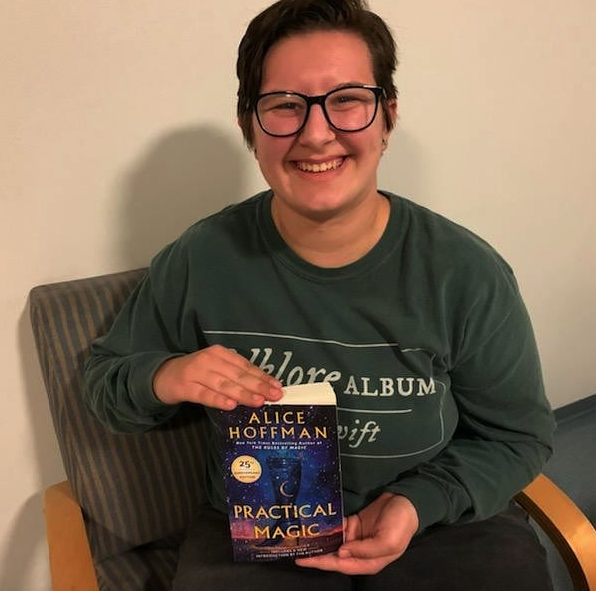 The week-long string of events all centered around the book “Practical Magic” by Alice Hoffman. Krasny said she chose the book because it fit students' interest in realistic fiction and fantasy.

Krasny was inspired to start the event by how barren Ramapo’s campus has become in the wake of the pandemic, devoid of the students you would usually see in every spot spending time with friends and the engaging social life that makes Ramapo so enjoyable. For her, literature is a means of connection she wanted to share.

“I know so many people feel disconnected from each other, and from the academic experience as a whole,” Krasny said. “I wanted to take one step to repair the kind of separation, and I felt like literature was just an amazing way to do it.”

Krasny invited Professor Jason Coy of the College of Charleston to give a guest lecture on modern witchcraft. Ramapo Professors Vassiliki Flenga and Roark Atkinson also gave lectures relating to the themes of the novel.

Outside its genre, Krasny said “Practical Magic” gave her a lot to work with in its themes of self-identity, feminism and witchcraft.

“The book wrestles with their identity as women, and the role their family plays in their life,” Krasny said. “It’s kind of about self-acceptance and deciding how you’re going to let your past define you.”

With its many applicable messages, students were drawn to the events. Krasny said the discussions were active, engaging and created meaningful conversations about witchcraft, feminism and appropriation.

Though nothing is yet decided, Krasny is looking toward the possibility of a future “Ramapo Reads Together.” In the meantime, she will continue working on the advisory board of HGS.