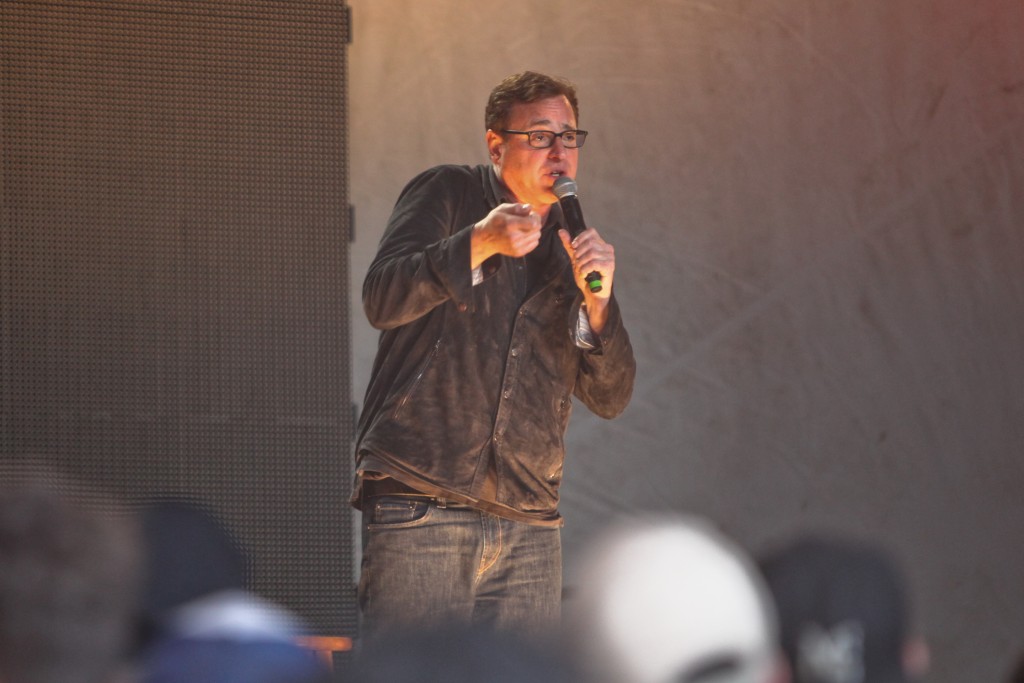 On March 17, commentary Youtuber “SL04N” uploaded a now-deleted video titled "Inside Bob Saget's Inappropriate Relationship with the Olsen Twins.” The video blew up, and soon TikTokkers began talking about Bob Saget's past.

One of the moments that stuck out the most was when Saget admitted to groping a practice doll he would use in place of Mary-Kate and Ashley Olsen while rehearsing for “Full House.”

In his memoir released in 2014, "Dirty Daddy: The Chronicles of a Family Man Turned Filthy Comedian," he writes regarding the groping, “I couldn’t help it. The whole show for me was like a beautiful Jekyll and Hyde experience. Being silly helped us survive a super-clean-cut show that at first mostly got panned but then in retrospect became part of family-television humor.” He later mentions that the incident was broadcasted on the monitors and admits he “was an idiot back then."

Hearing this made me uncomfortable. Even though it was a prop, the thought of groping something that resembles a child is still disturbing. Regardless of admitting that he was an "idiot," there is a fine line between being an idiot and being entirely out of hand.

Another situation that brought this to light was his Comedy Central Roast that initially aired in 2008 and is now available on Paramount+. Most of the jokes were about him sexually assaulting women and harassing the Olsen twins during “Full House.” During Jeff Garlin's roast, he jokes about how Saget can tell the twins apart because "Ashley swallows."

While a roast is for a comedic purpose, it is alarming that every person at the roast brought up him being inappropriate with primarily young girls. As of now, no allegations have been made public. Since there have been no allegations or proof against him assaulting the Olsen twins or any other woman, bad jokes shouldn't be used as evidence against him.

I had a conversation with my father when Saget started to blow up on TikTok. Since he is older, he knew of Saget's past with dirty jokes. His past was new to me as everyone in my generation knows him as the caring, clean freak dad, Danny Tanner. While some believe adult actors on family-friendly shows need to keep up that image, I do not. Content for kids and adults is separate for a reason.

However, I cannot pretend that him groping a child-sized doll and his roast involving jokes of sexual misconduct with young girls not ringing alarms. Things like this should not be swept under the rug and just excused because they are jokes.

As we move forward in this, we shouldn't label Saget as guilty of assault for these jokes, but we need to keep this in mind if any allegations are made public.

The bright side of this is that more people are aware of the horrible treatment the Olsen twins received from the tabloids during their careers, similar to Britney Spears and Paris Hilton.