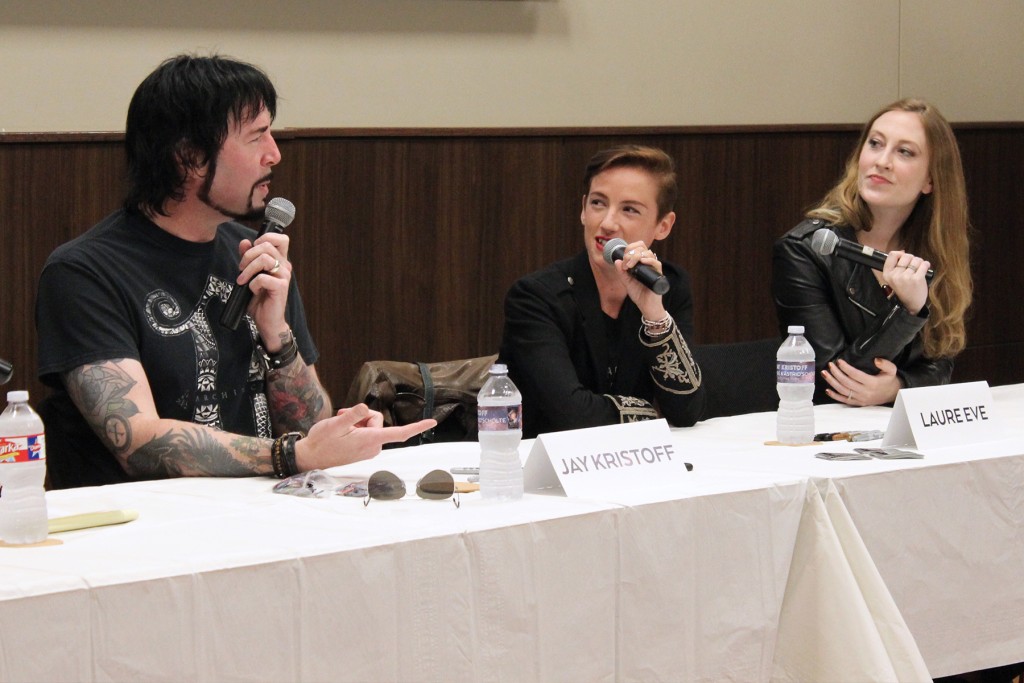 The literary community is reeling from a bout of drama and controversy over the past few days. Some popular authors have been revealed to have expressed repulsive amounts of anti-Asian and anti-Semitic themes in their books, as well as horrifying interpersonal behaviors directed toward authors of color.

The beginning of the conflict can be traced back to Jay Kristoff, author of works such as “Stormdancer” and “The Nevernight Chronicles.” It was recently made public that Kristoff would be receiving four differently colored hardcover advanced readers copies for his next book, “Empire of the Vampire.” This is incredibly uncommon and is receiving a lot of ire from the book community and other authors, especially authors of color.

Advanced readers copies are used to promote the work before it is published and drum up hype. Getting an ARC is not a guarantee in the industry, and new authors, especially those of color, have a difficult time obtaining them. This is a vital tool with authors who do not have a large fanbase yet, and they are often told that the publisher cannot afford to use ARCs for their book promotion.

As a result, people were upset that this already well-established author was getting four separate ARC editions, especially in a pandemic when the materials are scarce. This prompted discussion about the content of Kristoff’s books, especially his books that were inspired by Japanese culture.

People began to criticize his portrayal of the Asian characters as hypersexual and heavily fetishized. The criticism was extremely intense due to the recent hate crimes against Asian-Americans and Pacific Islanders.

The discourse continued in a different vein when the Kristoff conversation shifted to the topic of bullying in the author community. Author Rin Chupeco, who is of Asian descent and resides in Manila, revealed on their Twitter account that there is a group of white authors who have a group chat on the website Slack where they have been tyrannizing less established authors, many of whom are POC.

Chupeco later revealed that this group consisted of Christine Lynn Herman, Rory Powers, Claire Wenze and Emily Duncan. In a previous tweet, Chupeco mentioned an unnamed Asian author who was bullied by Duncan and their friends due to this author's book containing similar themes being released the same week as Duncan’s new release.

Chupeco also revealed an author with the initials “HF” was also a victim of a “harassment campaign” by the authors in question. This was later confirmed to be Hafsah Faizal, a YA author who is on the Forbes 30 under 30 list.

“It’s one thing to know you’re being harassed,” Faizal tweeted regarding the harassment. “It’s another when it’s the form of subtweets and snide comments and being ignored by people you believed were allies, and you begin to wonder if it’s even real or if it’s all in your head.”

An anonymous Twitter account @anon25096638 posted a lengthy thread criticizing the “Wicked Saints” series as whole for its anti-Semitic premise, such as including the ideas of blood libel, the incorrect belief that Jewish people practiced blood sacrifice and drawing inspiration from practitioners of Rodnovery, also known as Slavic Neopaganism. Extreme right-wing politics and Russian and Slavic nationalism are associated with this practice, leading to inherent anti-Semitism.

The conduct of Kristoff, Duncan and other members of the Slack group has led to mass boycotting of these authors' works. Kristoff has not acknowledged the controversy at this time, while Duncan has taken a leave of absence from posing on Twitter after posting an apology that acknowledged her racist and anti-Semitic actions but fell short in taking responsibility for their behavior. This apology has not been well-received and appeared to do little to mitigate the harm their actions caused.

It’s impossible to know what will change in the literary community after the fallout. We can only hope that emerging authors and authors of color will face less of an uphill battle and receive support from already successful authors, instead of harassment and bigotry. Hopefully authors will also take better care in how they represent minorities in their works, and truly realize that racism has no place in literature.