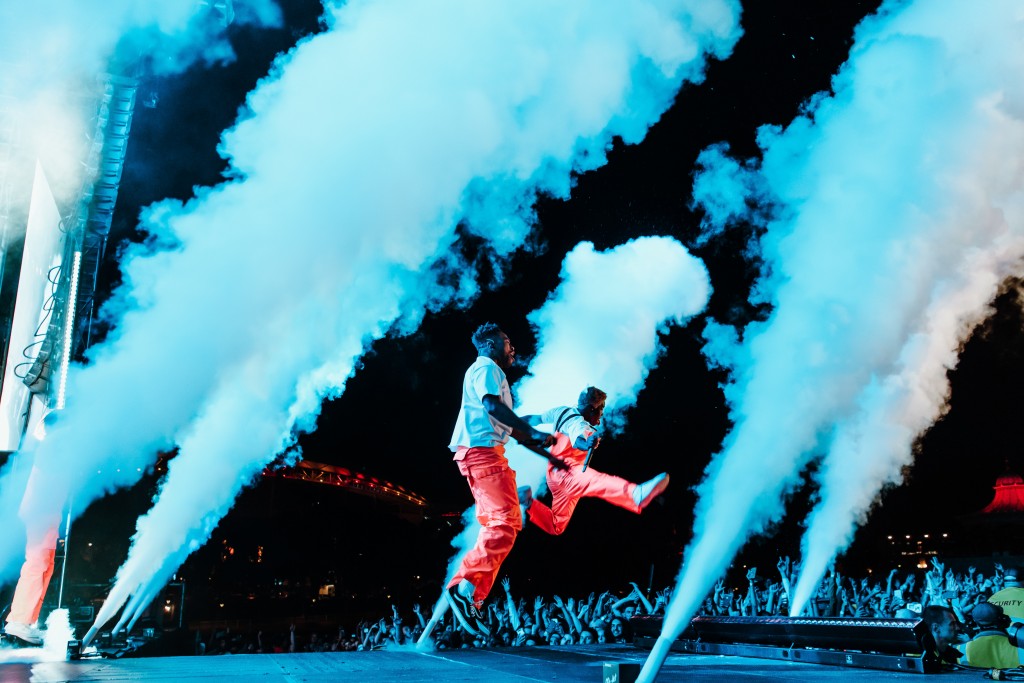 When the music industry is constantly evolving and testing its boundaries, many artists enjoy messing around with new sounds and collaborating with those that are the completly opposite styles. For Los Angeles-based boy band BROCKHAMPTON, they consistently create new music for their fans and test their music’s limits. They enjoy being free with their music and not letting anything get in the way of it.

Their sixth studio album, “ROADRUNNER: NEW LIGHT, NEW MACHINE” brings a new sound to the table and offers long-time fans of BROCKHAMPTON a unique sound that they haven’t heard from the band before.

From their humble beginnings on a Kanye West fan forum to performing for thousands of fans at Madison Square Garden, BROCKHAMPTON has been on the table and up for discussion since 2016. For some background, the band collectively has 13 members, but only six vocalists: Joba, Bearface, Merlyn Wood, Dom McLennon, Matt Champion and creator Kevin Abstract.

Many people know the band from the song “SUGAR,” off their 2019 album “GINGER.” The group gained a massive following after its release, especially on TikTok, with the song having its own dance.

What makes “ROADRUNNER: NEW LIGHT, NEW MACHINE” so different from their previous albums is the overall sound and feel. The group premiered the music video “BUZZCUT” featuring Danny Brown on YouTube on April 2, and many fans were instantly intrigued.

When I first watched the video, it made me feel like I was watching a music video from the late '90s with its fisheye-lens view and colorful visuals. It had that flare the group has always had, a stroke of creativity and realness. The band has never strayed from being fun in their videos and letting loose, and that continues here.

After I had watched the video, my expectations were pretty high for this album and made me think that this would have the same vibe that their “SATURATION” trilogy had.

As I listened to the album, I immediately realized that this stands out from their previous work and is more mellow. With “SUGAR” and “SATURATION II” being my favorite albums by them, it was kind of weird to hear the group mellow out and sing more than rap.

However, one of my favorite songs on the new album was “COUNT ON ME” featuring A$AP Rocky, SoGoneSoFlexy and Shawn Mendes. When I heard the opening chords, I immediately knew this was going to be a good one. The beat is excellent, and the way it goes from A$AP to the chorus with fellow BROCKHAMPTON member Jabari Manwa, Ryan Beatty and Shawn was just so perfect.

Another favorite of mine was “BANKROLL” with A$AP Rocky and A$AP Ferg. Merlyn Wood, Matt Champion, and A$AP Rocky rapping on the same chorus together sounded incredible altogether, and it’s a song that you can just vibe to!

In a tweet, bandleader Abstract said that this and another album would be dropping this year to be their final albums. However, this has been said before by the band when putting out “SATURATION III,” so there is still a chance that they could just be teasing fans.

Although “ROADRUNNER: NEW LIGHT, NEW MACHINE” is a pretty good album, I had higher expectations after listening to their previous album “GINGER” when it first dropped.

I had assumed this album would be something similar to the snippets of songs the band released during an Instagram Live, but I was pleasantly surprised. I enjoyed listening to it in its entirety, but wish there was just a little more of a nostalgic sound within the album.