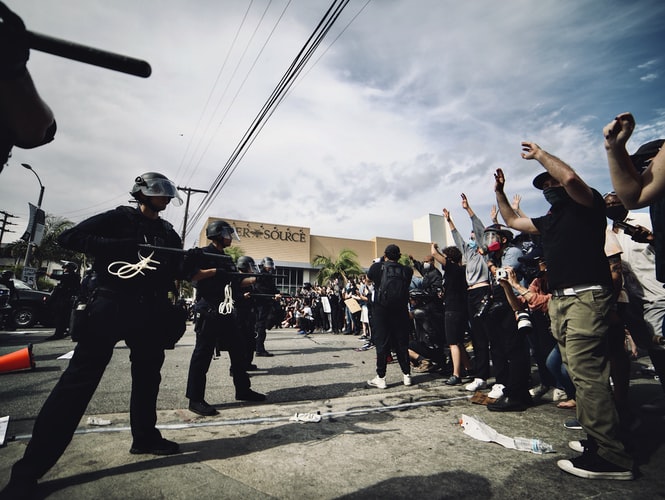 The Derek Chauvin trial has stirred up emotions in almost everyone who is paying attention. Chauvin is on trial for murdering George Floyd by kneeling on his neck for nine minutes and 29 seconds before his untimely and unfair death. Again I want to reiterate his death was murder at the hands of an experienced Minnesota police officer.

This lengthy trial has brought up many important witnesses, including the colleagues of Chauvin.

"Once Mr. Floyd had stopped resisting, and certainly once he was in distress and trying to verbalize that, that should have stopped. There is an initial reasonableness in trying to just get him under control in the first few seconds," said Medaria Arradondo, Minneapolis police chief.

"But once there was no longer any resistance and clearly when Mr. Floyd was no longer responsive and even motionless, to continue to apply that level of force to a person proned out, handcuffed behind their back — that in no way shape or form is anything that is by policy. It is not part of our training, and it is certainly not part of our ethics or our values."

This clear explanation of how Chauvin went against the Minneapolis police department’s ethics and values was a strong point of the prosecution. I have heard the idea of the “blue wall crumbling” around the former police officer. Arrendondo testified that Chauvin did not use reasonable force on Floyd and did not render the necessary aid needed to save him.

Myself and millions of other people from around the world believe that Chauvin is guilty. He used excessive force on Floyd, a force that was in no way necessary. People tend to forget that you are innocent until proven guilty in this country, and with this fact it is imperative to remember that police officers are in no way allowed to blatantly murder a suspect, whether he is clearly guilty or not.

The force used by Chauvin was murder. To kneel on someone’s neck at all is excessive, but to do so for nine minutes and 29 seconds is despicable. I can only hope that the people of the jury find Chauvin guilty of murder and he receives the punishment he deserves.

Because of the long history of police officers wrongly murdering black people in this country, this could hopefully act as an example to police officers. This could show them that if you murder someone, regardless of their guilt or innocence, it is murder and you will be rightfully punished.

Too many people have been killed at the hands of those who took an oath to protect, serve and uphold the laws of this country, which again, includes acknowledging a suspect is innocent until proven guilty.

Our country needs to change now. The officers who are paid to protect us need to be held to a standard that does not allow people like Chauvin to get away with outright murder and manslaughter like so many before him have.