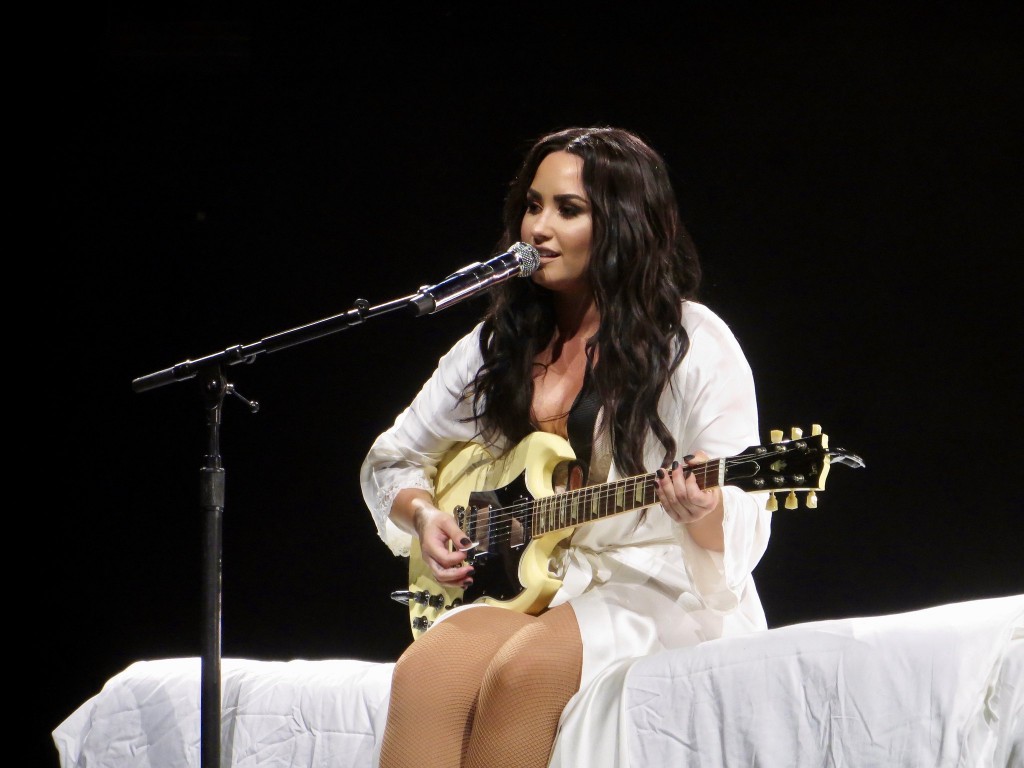 Demi Lovato released her seventh studio album “Dancing with the Devil… the Art of Starting Over” on April 2. This album documents Lovato’s journey of self-acceptance and recovery, as this was the artist’s first big music release since being hospitalized for a drug overdose in 2018.

Prior to the album, the “Demi Lovato: Dancing with the Devil” television docuseries premiered on YouTube on March 23 with the final episode airing on April 6. The series focused on Lovato’s rehabilitation and life before the release of her creative work.

The opening track to the album, “Anyone,” was Lovato’s debut single since recovery, showcasing it in a performance at the 62nd Grammy Awards in January of last year. The song is a powerful ballad where Lovato asks if anyone is listening to her prayers as she battles her addiction.

As the title of the album suggests, the choice between life and death is a major theme in this collection of songs. Notable songs that exploit this theme include “Dancing with the Devil,” “Met Him Last Night” featuring Ariana Grande and her cover of “Mad World” by Tears for Fears.

It is clear that Lovato takes inspiration from other women vocalists such as Avril Lavigne and Dua Lipa with “Lonely People” and “Melon Cake” respectively.

She experimented with genres and vocal range in this release, and it undoubtedly worked in her favor.

An exceptional track that has gained major attention on social media is “Easy” featuring Noah Cyrus. This heartfelt song metaphorically describes the process of leaving behind a toxic past and how it only looks easy until it’s done. Cyrus and Lovato’s voices mix incredibly well in the song with Cyrus holding lower tones as Lovato belts.

The features on this album included notable selections. Grande, Cyrus, Sam Fischer and Saweetie all found a place on separate tunes, and Lovato chose wisely, as each of their voices balance with her own.

My only complaint of this album is that it is very long. With 23 tracks, it was hard to listen to the album in one sitting, especially when it includes loaded topics and lyrics. I don’t think that the spoken word tracks like “Intro” added much to the album, and they could have been removed to shorten the piece.

On April 13, “Dancing with the Devil… the Art of Starting Over” debuted at number one on Billboard’s top album sales chart. This is not surprising, as Lovato’s sound in this album truly shows growth and change from her recent pop radio approaches.

Fans of Lovato’s older albums like “Unbroken” and “Demi” will love “Dancing with the Devil… the Art of Starting Over,” as it is similarly full of rich ballads, heavy hitting lyrics and is balanced with lighter pick-me-up tracks.