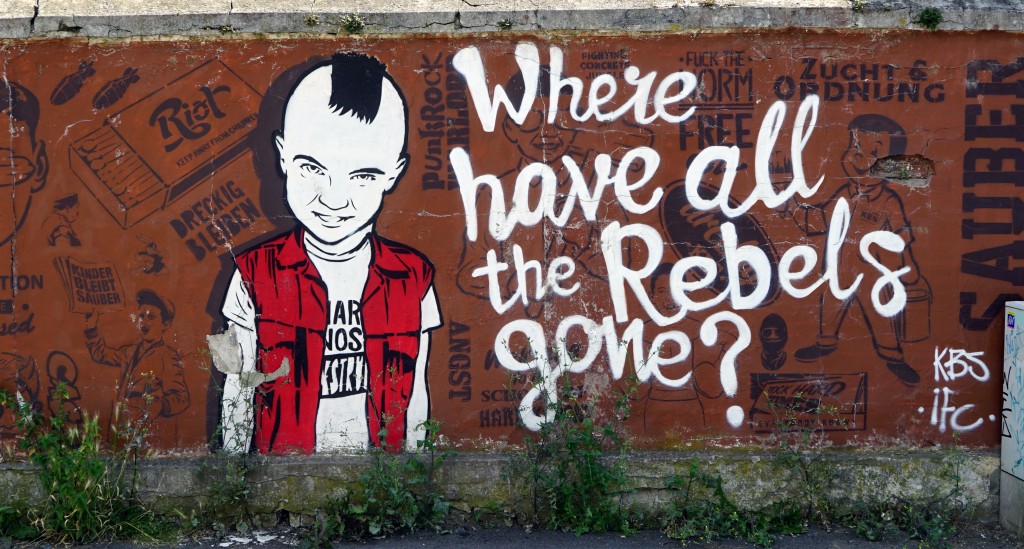 The TRAMP STAMPS is an all-women pop-punk band based in Nashville. The three women who make up the band are singer Marisa Maino, guitarist Caroline Baker and drummer Paige Blue.

On April 9, the trio posted a video of them lip-syncing their new single “I’d Rather Die.” Their TikTok soon blew up and quickly became a meme.

Users mocked the lyrics “I’d rather die then hook up with another straight white guy" for its questionable meaning. They have since been accused of fetishizing men of color, as the lyrics specifically mention not wanting to hook up with white men.

In a Q&A posted on their YouTube on March 29, the trio states they met and started writing songs together in February 2020. But they did not receive mainstream attention until after teasing “I’d Rather Die” on TikTok. The single was later released on April 14.

As the song went viral, more people began looking into the band, and that's where things became more problematic.

In the “about me” section on their website, Baker is quoted saying, in regards to the band’s music, “It’s the kind of stuff women talk about all the time with their friends, but no one’s ever put it to this kind of music before.”

TikTok user @clownschooled made a response to this quote in her video; she states, “feminist ideology in song form specifically punk rock or just rock form isn’t anything new. To claim so is overriding decades of history.”

Spectators began to believe the band is an industry plant. According to Urban Dictionary, an industry plant is an artist who has a major/indie label backing their movement but presents themselves as a homegrown start-up.

Their well-put-together website raised questions, since home grown bands usually don’t have the funds for a well-made site. The band later put out a statement on Sunday saying they have been working with a freelance graphic designer that Maino met in college.

Baker and Maino are signed with Prescription Songs which is owned by Dr. Luke, notorious in the music industry for working with some of Hollywood’s most prominent musicians.

Singer Kesha sued Dr. Luke back in 2014 to void her contracts with him. The lawsuit stated that Dr. Luke “sexually, physically, verbally, and emotionally abused Kesha to the point where she nearly lost her life.”

This correlation angered many, since the band expressed wanting to focus on the many problems women face in society in their music, yet they work for a label owned by a man accused of assault.

The statement released on Sunday only added more fuel to this fire. In it, they state that they are not signed to a major record label.

But their label does not come up anywhere when Googled.

They later go on to say, “F**k you if you are so f***ing sexist that cannot believe this band was created and built from the ground up by 3 women.”

While sexism is a problem within the punk scene, there is a difference between criticism and sexism. But there is no denying that these women might have experienced sexism while working in the industry.

They end their statement with, "We're not going anywhere. Comments are back on. Have fun, and don't forget to water your plants."

Their music is still being critiqued and made into memes all over Tik Tok. But the future of the TRAMP STAMPS is a mystery just like them.