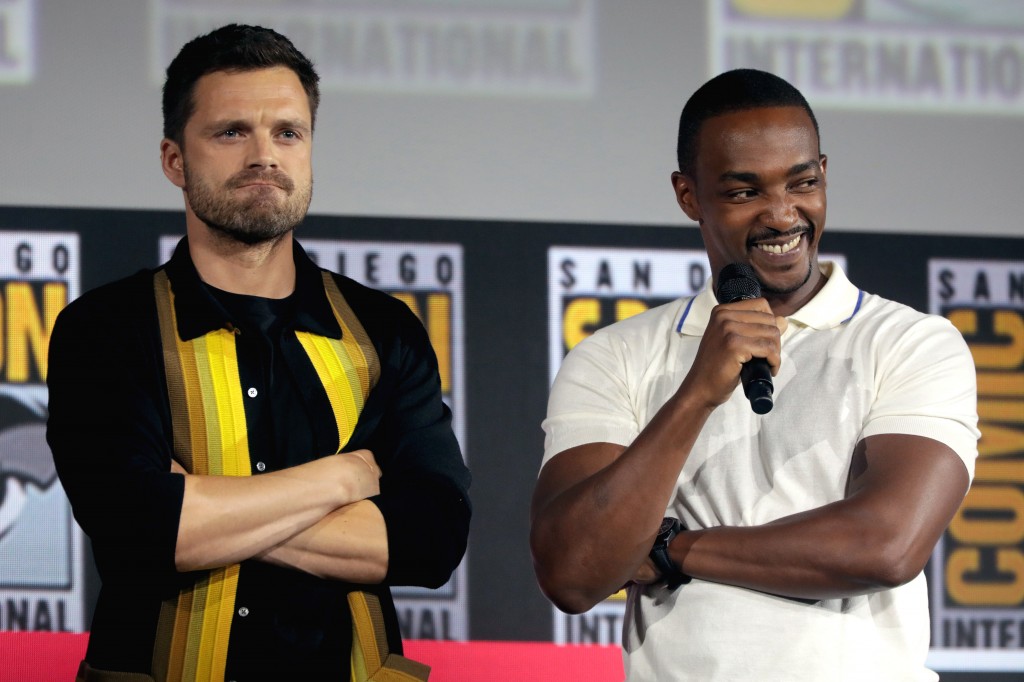 Disclaimer: Spoilers for the entire season of “The Falcon and the Winter Soldier” below.

“The Falcon and the Winter Soldier” is the latest Marvel television series to hit Disney+. Picking up six months after “Avengers: Endgame,” the series follows Sam Wilson (Anthony Mackie) and Bucky Barnes (Sebastian Stan) as they adjust to a new world without their friend Steve Rogers, the original Captain America.

The rise of a new international adversary, the Flag-Smashers, forces Wilson and Barnes to embark together on an adventure that will make them question themselves and Captain America’s legacy. Along the way, they encounter a variety of new and returning characters with questionable agendas, where the line of friend or foe is often blurred.

With the series finale airing this past Friday, it is safe to say that “The Falcon and the Winter Soldier” is another success for the streaming platform, despite some small issues.

Like the treatment, Elizabeth Olsen and Paul Bettany received in “WandaVision,” “The Falcon and the Winter Soldier” pushes fan-favorite side characters into the spotlight. Now in lead roles, Mackie and Stan shine. Their chemistry and buddy-cop dynamic are a hilarious highlight of the series.

At the start of the series, their impatience with each other results in humorous banter that makes them sound like an old married couple. Eventually, the pair work through their rough patches and forge a strong friendship.

I am sure Rogers would be proud of his friends’ growth, whether he is truly dead or just hiding on the moon.

They may not be the primary antagonists, but the return of Baron Zemo (Daniel Brühl) and the introduction of John Walker (Wyatt Russell) mark more of the series’s high points.

Returning from “Captain America: Civil War,” Zemo enters the fold when Wilson and Barnes require his unique expertise on super soldiers, turning the already hilarious duo into a chaotic trio. Brühl bounces off of Mackie and Stan so well that it is a shame that they are on opposing sides, despite having similar goals.

However, Zemo is a force to be reckoned with. He is crafty and always ten steps ahead of the heroes. The series also goes into his backstory, further fleshing him out from his appearance in “Civil War.”

Additionally, John Walker is a character that viewers love to hate. When Wilson surrenders the Captain America shield to the government, Walker is appointed to be the next Captain America. He wants to fulfill his duty to his country, but suffers from PTSD and the pressure of his new role. Though he is determined, he lacks the heart or goodness that Rogers had as the previous Captain America. Russell conveys this struggle almost too well. Whether out of disgust or fascination, viewers won’t be able to take their attention away from him.

While Zemo and Walker are captivating, the main antagonists of the series fall short. Wanting to restore the world to what it was like during the “blip,” Karli Morgenthau (Erin Kellyman) leads the Flag-Smashers terrorist group. The Power Broker works behind the scenes as their supplier of super-soldier serum. Morgenthau’s motivations are often muddled, and she lacks the presence of Zemo and Walker.

Sharon Carter (Emily VanCamp) also returns from “Civil War,” this time on the run from the U.S. government after helping Rogers, Wilson and Barnes steal their equipment back. In what feels like an unearned and random twist, Carter is revealed as the Power Broker in the last episode. Carter had one of the best action sequences in the series, but inconsistent characterization makes her arc feel sloppy.

“The Falcon and the Winter Soldier” explores topics typically not seen in a comic book show. In the DNA of the series are discussions about racial identity, specifically the Black experience in America and what it means for the mantle of Captain America to be held by a Black man.

These conversations come to the forefront between Wilson and Isaiah Bradley, a super-soldier who was experimented on and discarded because of his race. Bradley is bitter, rightfully so, contrasting Wilson’s hopes to put in the work for a better future. These conversations are tense and emotionally supercharged. This may make some viewers feel uncomfortable, but the series handles these sensitive topics with care. Bradley’s storyline is another highlight of the series that earns its resolution.

Overall, “The Falcon and the Winter Soldier” continues the hot streak of original content on Disney+, giving Marvel fans another reason to renew their subscriptions. The personal growth of Wilson and Barnes, scene-stealing characters, and handling of sensitive topics make this series worth checking out, despite the lackluster main antagonists.

There has yet to be a season two announcement, but a “Captain America 4” film has entered development with the same creative team as the series. Whether this continues as a show or film, I cannot wait to see where Wilson and Barnes go next.