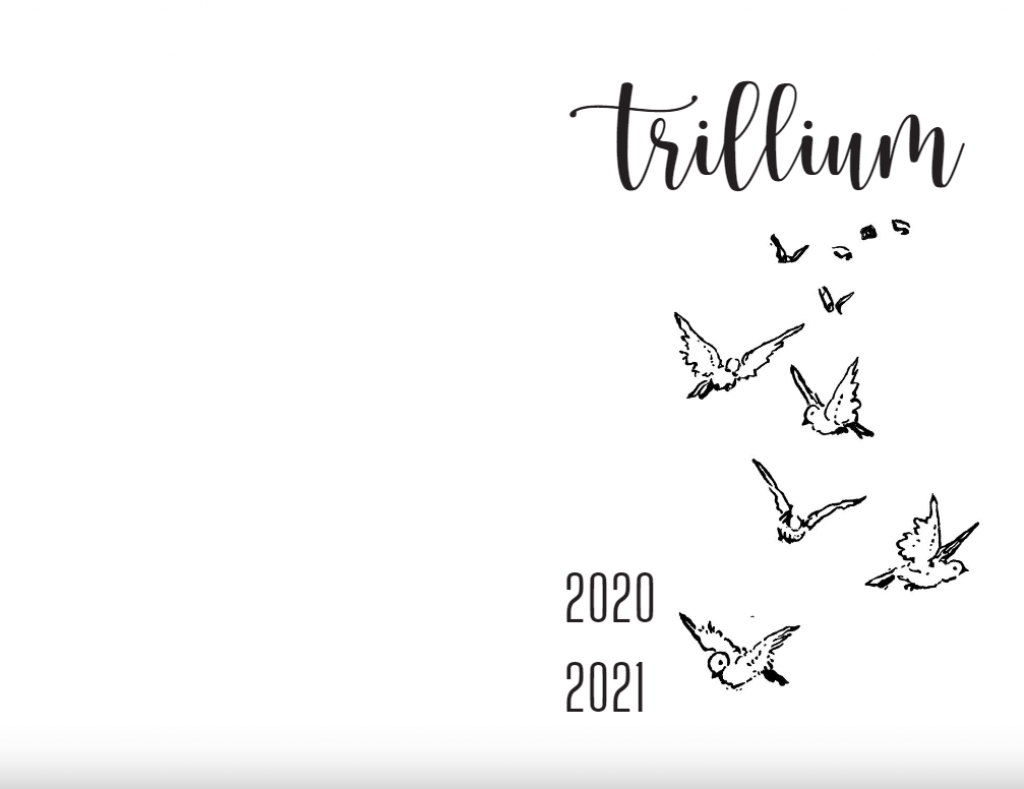 Ramapo College’s literary magazine "Trillium" will publish its 2021-2022 online edition before the end of the semester. There will also be a print edition of the magazine available on campus for the next academic school year.

The goal for both editions, expressed by the "Trillium" team, was to “bring Ramapo students together,” and the way that was accomplished was by showcasing the best student poetry, prose, art and photography within the publication’s pages. Between both issues, there are contributions from 30 Ramapo students from a wide variety of backgrounds.

“Having everyone work on the magazine from afar was one of many challenging obstacles we faced,” said Hugh Sheehy, the professor of the publishing workshop course that creates "Trillium" each year. “Yet while it slowed the life of the class in some ways, it encouraged highly focused cooperation, and in the end the students put together two editions, one digital and one print.”

The process of creating "Trillium" this year was very different from years past, as this was the first time that the course was fully intended to be taught online. According to Matthew Wikfors, a student in the publishing workshop class, being able to produce "Trillium" outside of the standard computer lab class setting was manageable yet complicated.

“Instead of using the computers in the lab like we would have, we downloaded a VPN to access them,” Wikfors said. “I felt like we were set back due to technical difficulties and trouble accessing the VPN.”

The class utilized WebEx to meet each week, and the breakout room feature helped each team working on the magazine focus on their departments. The different teams included editorial, business and layout. In Wikfors’ opinion, the smaller meeting spaces provided in breakout rooms gave motivation for each student to work with minimal distractions.

“It felt fun working with my teammates, and I think it helped us stay focused being in a smaller space as opposed to being in a classroom with everyone at once,” he said.

Every year, the "Trillium" team selects the best pieces in each creative category. The top works include Danielle Bongiovanni’s poem “An Open Letter to a Volcanologist,” Rebecca Patuto’s prose piece “This is the End of the World,” Meg Woods’ art piece “MS Paint” and Jacqueline Krabel’s photograph “Alexander Hamilton in a Letter to Eliza Schuyler (October 1780).”

The printed edition of "Trillium" is expected to be available for Ramapo students and faculty on campus in the fall, while the online edition will be ready to be viewed by the end of the semester. Keep a lookout on the Daily Digest as well as "Trillium's" website for future updates.