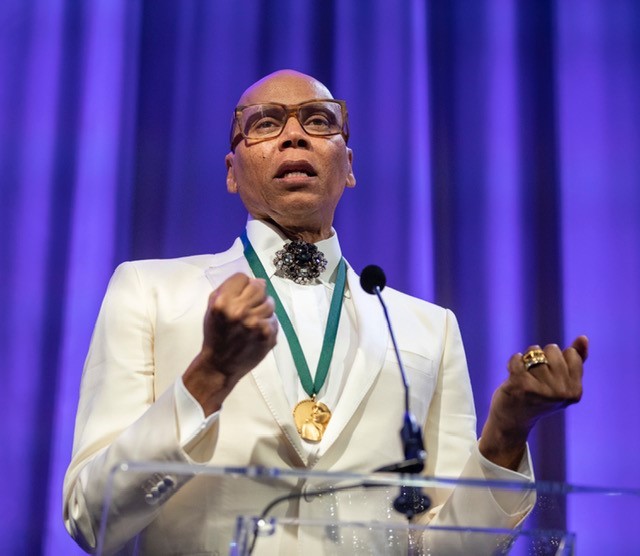 Symone, who received four main challenge wins throughout the season, rightfully won the competition in the final lip sync against runner-up Kandy Muse. As streamers flew from her wig during the beat drop in Britney Spears’ “Till the World Ends,” it was clear that Symone was deserving of the crown.

Being a fan favorite since the start of the season, Symone beating Kandy in a lip sync for the second time was the perfect ending and was undeniably the right choice from the host and sole judge of the finale, RuPaul.

Miss Congeniality was also crowned towards the end of this episode. After a vote casted by each queen, LaLa Ri won the majority, earning the title.

It was shocking to see the fourth boot of the season win Miss Congeniality, especially a queen that received minimal airtime. This may highlight the focus on drama that the series infamously underlines in their edits, proving LaLa Ri to be deserving of the vote.

Season 13 was on air for 112 days, making it the longest running season in the reality series. This could have been avoided due to the amount of filler episodes and the month-long season premiere, but I’m assuming VH1 struggled to create new content during quarantine, causing them to milk one of their most popular series as long as they possibly could.

The drive-in structure of the finale night was innovative and safe. It allowed fans to watch the season finale in person and interact with last year’s winner and host of the drive-in, Jaida Essence Hall.

The show should be commended for the amount of safety protocols it displayed in each episode, as it proved itself to be an ethical watch for fans and newcomers. Required quarantine, shields between the judges and socially distant practices with choreographers were all needed elements that were properly implemented.

Overall, the season could have been shorter, but the satisfying ending made it worthwhile. This is the first season of “RuPaul’s Drag Race” I have watched live, and it was so great to see these finale queens grow with each challenge and to see a deserving winner like Symone be crowned.