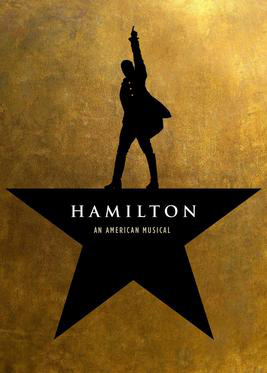 Photo courtesy of Fair Use, Wiki

For a year and a half Broadway’s marquee lights have been shut off, leaving New York City dark. Now this metropolitan staple is making a show-stopping return, with musicals such as “Wicked,” “The Lion King” and “Hamilton” being met with standing ovations.

Broadway celebrities are some major advocates for COVID-19 safety as well as vaccine advocates, they were among the people who lost their jobs for over a year and had no way to get back until people were vaccinated.

Lin-Manuel Miranda addressed the audience attending the reopening of “Hamilton” in a touching monologue. “It took six years the first time [to bring it to stage],” Miranda said. “Glad it wasn’t six years to come back.” In footage of his speech, you could sense the sheer emotion he felt witnessing the return of performers and audiences to the theaters.

Miranda continued to the audience, who were masked and vaccinated, “I will never take live theater for granted ever again.” It was evident from the expressions of the audience members how much this return meant to them.

New York City has set a vaccine mandate for restaurants and theaters—which I personally think is a very good idea. People need to be safe in order to have the privilege to attend a Broadway show.

These mandates put forth by the New York City government officials are the main reason Broadway has been able to reopen. As a result, people can feel at ease while sitting next to a stranger in a packed Broadway theatre, something so many people thought would be impossible forever.

Being able to see the lights of Broadway shine once again was such an inspiring event. I think the reopening has shown people that we can get back to normalcy, by using our masks and getting vaccinated, we can do things like see a Broadway show, with a full house. Broadway inspires millions every year, and to bring back the joy of a musical or a play to audiences is what this country needed.

Hopefully, the reopening of Broadway exemplifies what is possible with a mask and a vaccine. If people continue to wear their masks and get vaccinated, this institution’s return could mark a new phase of getting back to what we love most.