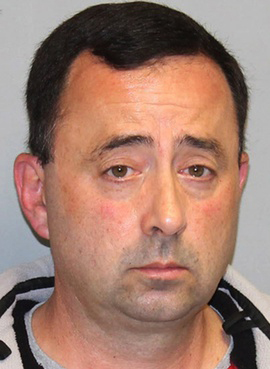 Trauma is an aspect of life that many struggle to cope with, especially when people find themselves in a position where they must consistently recount the upsetting events they have endured.

Over the course of the past few years, a certain group has had the light shining on them as they try to overcome and fight for their protection. In 2015, multiple victims stepped forward and shared their stories of abuse caused by Larry Nassar, the former doctor for the US Gymnastics team.

Every single one of the Olympic Gymnasts who came forward and told their story deserves to be heard and receive the justice they seek. The FBI did not handle this case correctly at all, in fact they completely mishandled the case leading to the Bureau landing in hot water. For perspective, 2015 was the year the victims came forward and made their case, and it was not until 2017 that Larry Nassar pleaded guilty. This year a testimony was held against the FBI and their lack of effort in handling the case.

McKayla Maroney, Simone Biles, Maggie Nichols and Aly Raisman were “among the hundreds of athletes assaulted by Nassar,” as reported by Paul LeBlanc and Evan Perez of CNN. Nothing could possibly justify Nassar’s awful acts. He committed countless atrocities against “more than 150 women and girls … over the past two decades,” and will be serving “40 to 175 years in prison,” as reported by CNN. No quantity of time that he spends in prison will make up for the damage he inflicted on each of his victims.

The FBI’s infuriating failure to tend to the matter urgently and seriously adds fuel to the fire. The victims deserved to be treated with respect, but instead were faced with carelessness and disregard. It is disappointing, to say the least, to have to witness these women testify in front of the Senate Judiciary Committee to take care of a matter that should not have become one to begin with.

The FBI should have approached the issue immediately and resolutely, but their irresponsibility led to more hurt. Maroney even testified that during her time of need when she was opening up about what she had experienced, her well-being was ignored and not addressed. She recalled crying during her conversation with the agent over the phone. Maroney explained that she was shocked at the lack of response and a simple, "‘Is that all?’” when cries replaced her words.

Regardless of who is a sexual assault survivor, all victims reserve the right to be treated with compassion and dignity. The survivors of Nassar’s abuse received the exact opposite. The FBI should have done more to offer support to the survivors and should have taken their own health and well-being into consideration.

Such an experience will have its lasting effects on the survivors and could very well interfere with their mental health. As athletes, they are already under enough pressure and stress to perform well, and having to cope with trauma only intensifies everything that they must be feeling.

Simone Biles, for example, withdrew from the Tokyo Summer Olympics to protect her health when she had originally intended to participate to apply pressure onto those who should be caring for the gymnasts.

The events that have continued forth from when the case had first been made against Nassar must have been exhausting on all of the athletes. Even now they may not be receiving the proper attention they need.

The failure on the FBI’s part will continue to linger and will be difficult to mend considering how many mistakes they have made. It was the continuous falsification of the statements made by victims and poor involvement while handling the allegations that have deeply reflected upon the priorities of the FBI. The incompetency displayed indicates that there is reform to be made within the agency.