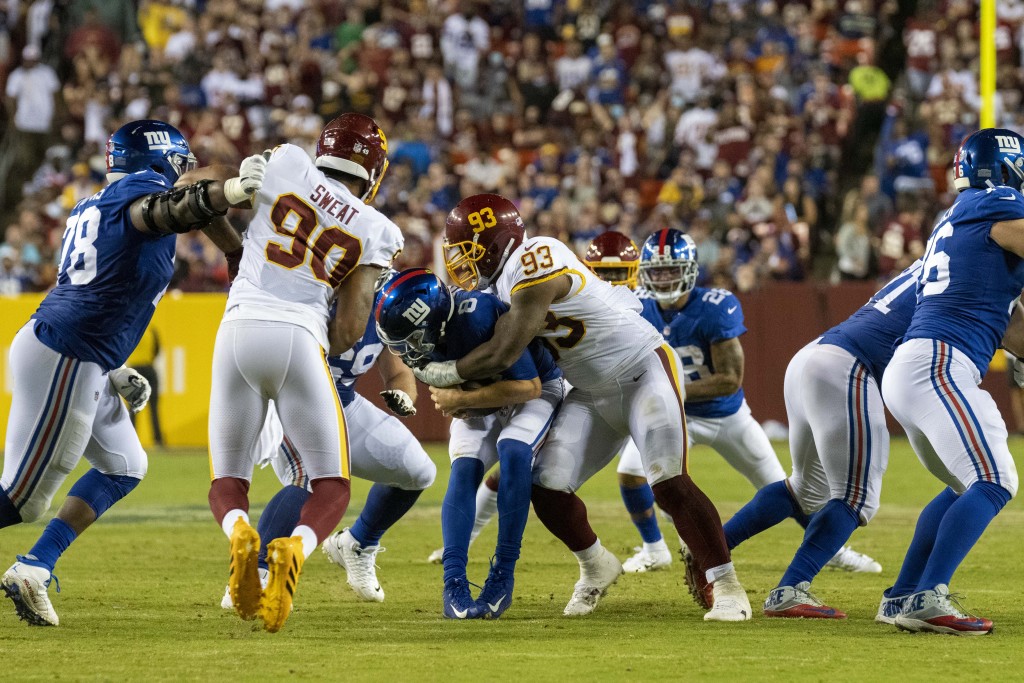 There are five seconds left as Washington kicker Dustin Hopkins lines up for the game winning 48-yard field goal. The crowd in D.C. all on their feet, hoping to burst into excitement as the ball goes through the uprights. The snap is good, the kick is up and it misses to the right.

The air deflates out of FedExField as they think they have lost. The New York Giants are celebrating on the field, thinking they have pulled out a big divisional victory. But a little piece of yellow laundry negates all of this.

The Giants were called for an offsides and Washington got a chance to rekick. This time, they did not blow their opportunity as Hopkins nailed the field goal, leading to a 30-29 victory for the Washington Football Team. This heartbreaking loss sent the Giants to an 0-2 start to the season for the fifth consecutive year.

The game went back and forth, especially in the second half. Ultimately, it was a Dexter Lawrence offsides penalty that negated the missed field goal and ultimately led to the Giants loss in a very winnable game.

Giants head coach Joe Judge came out and defended his nose tackle in the postgame press conference, saying, “We’re not going to turn around and put this game on one player or one play.” He said there were many things they have to clean up as a team and that one penalty did not solely lose them the game.

Lawrence came out and took full responsibility, however. After the game, he said, “That’s on me.” He expressed a note for improvement, aiming to be more disciplined in similar situations. He also said that it is important not to linger on plays such as that, following his previous statement with, “You’ve just got to move on and shake it off and get ready for next week.”

Judge was correct in saying that the entire loss is not predicated on one play. There were many different times in the game where the Giants could have pulled away but did not.

One factor that sticks out is how many different times the team failed to convert touchdowns and had to settle for field goals. Kicker Graham Gano was a perfect 5 for 5 in field goal attempts, and in a game that will always be remembered by a kick by the opponent at the end, Gano was a key part in keeping the Giants in it. However, this constant settling of field goals left many points on the board, and they could have come in handy.

Another missed opportunity that sticks out is a Darius Slayton drop midway through the fourth quarter. Quarterback Daniel Jones lofted a beautiful pass 50 yards down the field while taking a big hit and the third-year wide receiver was surrounded by nothing but green. There was not a defender within 15 yards of him. As he crossed the goal line reaching up for the ball, the Washington crowd let out a collective gasp, and then an even bigger sigh of relief as the football bounced right off Slayton’s hands and fell incomplete.

This loss is the first against WFT in Daniel Jones’ career, who had previously been 4-0 against them. However, Jones is about the last person to blame for this loss as he had what could very well have been his best game in the NFL. Jones compiled nearly 350 total yards and two touchdowns in this game, and more importantly zero turnovers. He put New York in a position to win, and his teammates know that.

“That’s who we believe he is,” said Slayton of his young quarterback in regards to how he played. It was definitely a beacon of hope for Jones, but a dim, quickly fading light for the team as a whole.

Next week, the Giants will head back home to Metlife Stadium to play the Atlanta Falcons as they look to rebound and hopefully get their season back on track before it slips away from them for good.