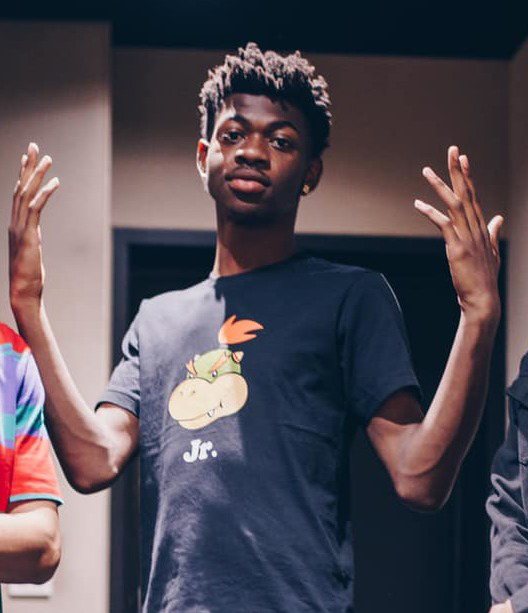 Fans have been waiting for Lil Nas X to release his debut album ever since he announced the release date in August, building upon the anticipation created by each new hit single he released. His title song and album single “MONTERO (Call Me by Your Name)” broke the internet when it was released, especially due to the iconic and controversial music video that featured him in flagrante delicto with the Devil himself.

Lil Nas X has always grabbed attention from the masses for his flashy style, addictive music and willingness to push the boundaries with glee. For his buildup to his album release, he marketed it by doing a photoshoot with him as a proud expecting parent, “pregnant” with the album. At the stroke of midnight on Sept. 17, he released a video of him “in labor” and birthed the album.

The album features 15 songs and a star-studded number of features from artists such as Megan Thee Stallion, Elton John, Jack Harlow, Doja Cat and Miley Cyrus. Paired with a psychedelic cover and phenomenal marketing, this album was primed for success from its inception.

The first song is “MONTERO (Call Me by Your Name)” and it has already established itself as a smash hit upon its release, its placement as the first track is well deserved. “MONTERO” is a song about lusts: for money, fame, sex and love. It’s followed by the first new song of the album, “DEAD RIGHT NOW.”

This song displays growth for Lil Nas X after his initial successes and him gaining the confidence to grow above the people who have put him down when he was already at his lowest. It’s three minutes and 42 seconds of pure inspiration. The same could be said for his songs “DON’T WANT IT” and “ONE OF ME” (featuring Elton John).

An excellent thing to note about the album is how it seamlessly blends many genres together. Instead of creating a clunky listening experience, “MONTERO” handles it with finesse. As an artist, Lil Nas X has demonstrated his ability to create songs from a wide variety of genres. Noted with his first hit song “OLD TOWN ROAD” which is a country rap song, and then with songs on the album like “INDUSTRY BABY,” a hip-hop song featuring rapper Jack Harlow.

The album “MONTERO” encompasses such a wide range of emotions found in the human condition. Songs like “DOLLA SIGN SLIME (feat. Megan Thee Stallion)” and “SCOOP (feat. Doja Cat)” are about living the high life.

“LIFE AFTER SALEM,” “LOST IN THE CITADEL” and “THAT’S WHAT I WANT” all express a desire for love but the circumstances are not ideal for it, demonstrating an almost jaded look at romance. Lil Nas X also bares his soul and darkest moments in songs like “SUN GOES DOWN,” “LIFE OF DOMINICA” and “VOID.”

“MONTERO'' is an album with an eclectic mix of genres and addictive songs, each unique in its own way but all talentedly crafted. It’s an amazing first album, and I do believe it will make Lil Nas X an artist to be remembered, just as he hoped.