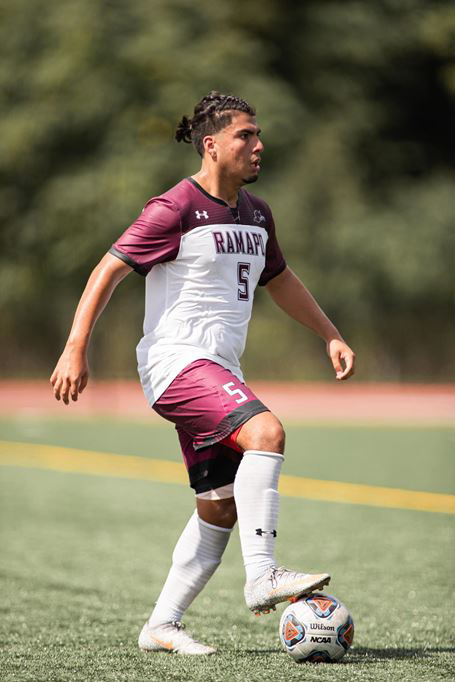 It was a rough game on Saturday for the Ramapo College Men’s Soccer team, with a heartbreaking loss to Rowan University, 1-0. This loss pushed the Roadrunners to an even 3-3 on the season, including 1-2 at home.

Head coach DJ Pinton went into the game hoping to remain above .500 for the year. Defending this ambition while facing the undefeated Rowan soccer team was a tall task, but the team put up a good fight.

The game was in a heated deadlock until the final seconds when Wilby Alfred kicked one that reached the back of the goal, giving Rowan the win with essentially no time left for Ramapo to mount a comeback. The goal was Alfred’s fifth of the season.

Rowan seemed to be in a bit more control through the entire game, outshooting the Roadrunners 17-8 for the entire game, including 11-4 in the second half. In addition to this, shots on goal were 7-2 in Rowan’s favor. The Ramapo offense just could not get anything going.

Corner kicks were actually in favor of Ramapo 5-2, and each team was assessed a yellow card. It was forward Brandon Denovaes for the Roadrunners and Leo Montesinos for Rowan. Meanwhile, freshman goalie Nikolai Matthews shined in this game, making six saves and posting a shutout until the final 12 seconds of the match.

This game pushed Rowan to 6-0 on the season, ranking them number 21. All in all, this loss was a crushing one but one that the Roadrunners can use as motivation. Being able to hang with a team of that caliber is extremely tough, and there are silver linings to every loss.

The Roadrunners will look to rebound from this loss Saturday against Stockton University. The game will be played at 2 p.m. in Galloway, NJ.