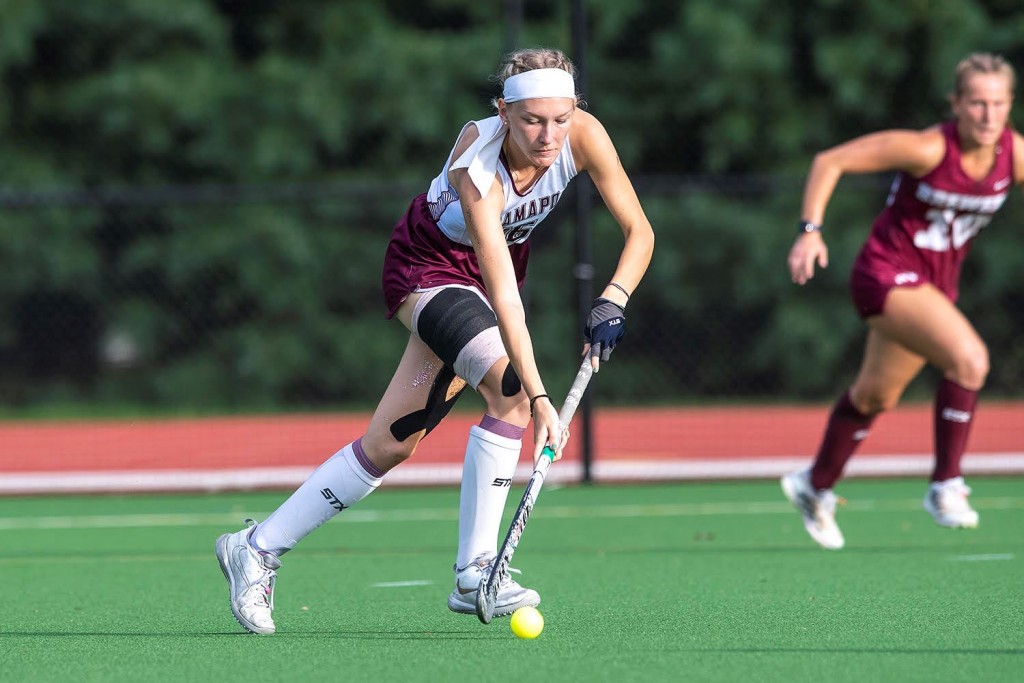 Another dominating performance for the Ramapo College field hockey team boosted the Roadrunners past Immaculata University on Saturday by a score of 5-0.

On offense, Victoria Docherty led the way with two goals and two assists. These goals have given her a team-leading 13 goals in the young season. It is also a new record for the most goals she has ever scored in a season before.

Immaculata was able to keep Ramapo off the board for the first quarter. However, in the 18th minute of action, midfielder Maggie Ferrell netted her fifth goal in the past six games. On that goal, senior Mariah Tovar tallied one of her two assists on the same day. At the beginning of the third quarter, the senior forward also scored her third goal of the season.

In another dominating performance, Ramapo’s defense held its opponent scoreless. It was the fifth time this season the team was able to block all of their opponents' shots at the goal, it was the third time they had done this in the last four games.

The defense was a large help to goalie Michele Kukan, who found it to be another easy day on the field. Ramapo outshot Immaculata 17-1.

“We are a really strong team when we all work together and this game was an example of that,” said junior Tori Waschek on Saturday’s game. “Our offense did a great job in the circle while our defense was able to keep the opponent scoreless. It was a great team win with everybody being able to contribute.”

The win was a strong bounceback from a disappointing performance against 16th ranked Vassar in Poughkeepsie, NY, where the Roadrunners were held scoreless in a 2-0 final. Ramapo now moves to 7-2 on the season and is second in the NJAC standings. The team only stands behind the undefeated Kean University.

In addition to another blowout victory, senior defenseman Emily Riccardi also earned NJAC defensive player of the week honors for Sept. 13-19. Thanks to the shut-out performances against Western Connecticut State and Centenary University, Ramapo was able to get off to an extremely great start this season and the defense has played a large part in that.

The upcoming schedule for Ramapo includes facing Stockton University on Saturday, Oct. 2 at 12:00 p.m. at home. After that, the team will travel to Union, NJ to face Kean University.