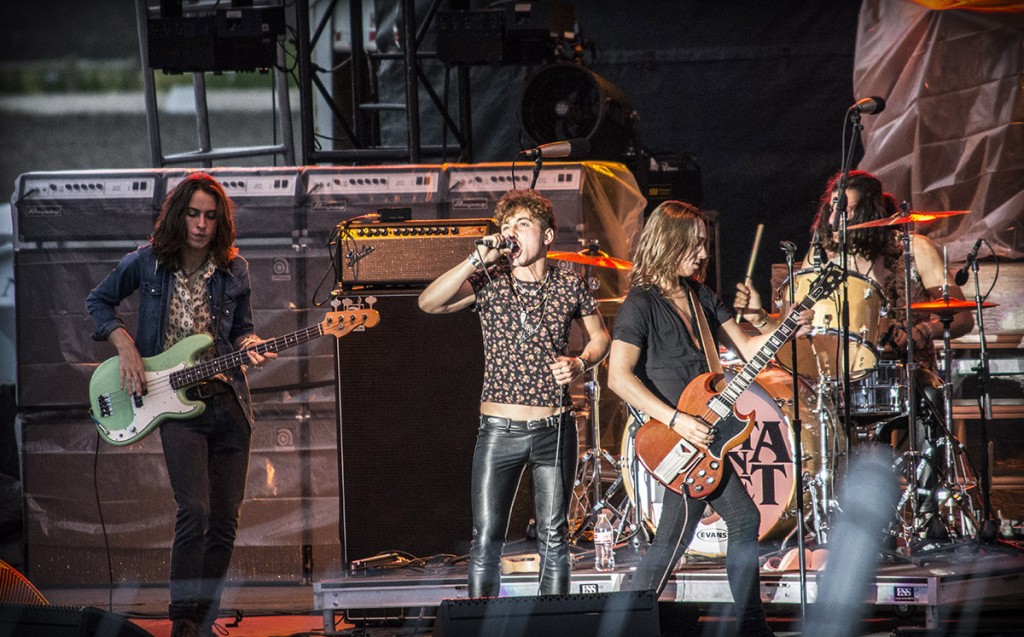 Over the summer, a clip from rock band Greta Van Fleet's performance on “Saturday Night Live'' in 2019 went viral on TikTok. The clip was of lead singer Josh Kiszka performing the song "You're the One.”

What might be seen as a career-ending incident, the trend became beneficial for the band made up of brothers Josh, Jake and Sam Kiszka, and friend Danny Wagner.

However, this trend didn't jump-start the band’s career. They released their first full-length album "Anthem of the Peaceful Army" in October of 2018. The album sold over 80,000 units and was number three on the Billboard 200 in the same week of its release. They also received a Grammy for Best Rock Album back in 2019.

Their music has been compared to ‘70s rock, more specifically Led Zeppelin. In an interview with The Guardian, Josh Kiszka talked about his brothers and himself listening to his father’s records growing up.

"Those records were from a specific time and place, but to me, they’re timeless.”

The band grew up in Frankenmuth, Mich. with their mother and father. A woman from their neighborhood named Gretna inspired the band’s name.

Their parents raised them in a Bohemian style, just like their music. The Kiszka brothers spent their time outside and rarely used any electronics. Their parents strongly encouraged this.

“They were the opposite of helicopter parents. They taught us to do things independently,” Josh Kiszka later said in that same interview with The Guardian.

Their most recent album, “The Gardens Gate,” was released in April and reached number two on Billboards' top album sales, and spent 19 weeks on the charts. But their high album downloads haven't stopped the band from being criticized.

They also criticized that their music "sounds exactly like Led Zeppelin and demands very little other than forgetting how good Led Zeppelin often were.”

But the harsh critics aren't getting anyone in the band down. In an interview with Vanity Fair regarding the Pitchfork article, bass player Sam Kiszka said, "We love that shit when people tell us that we're doing something that we're not doing. A misinterpretation or whatever.”

In his interview with The Guardian, Josh Kiszka said, "I've gotten plenty of ridicule, and I expect to get more. In fact, I'm looking forward to it."

Despite the criticism, Greta Van Fleet isn’t going anywhere. They are currently on their Strange Horizon tour, and will perform in Berlin next year. Currently, the hashtag #GretaVanFleet has 460.8 million views on TikTok.

“I feel like there’s going to be a point where we’ve said what we needed to say," Josh Kiszka said during the band's interview with Vanity Fair. “We’re going to do this Greta Van Fleet thing until we're fat and irrelevant, and then we’ll move on.”