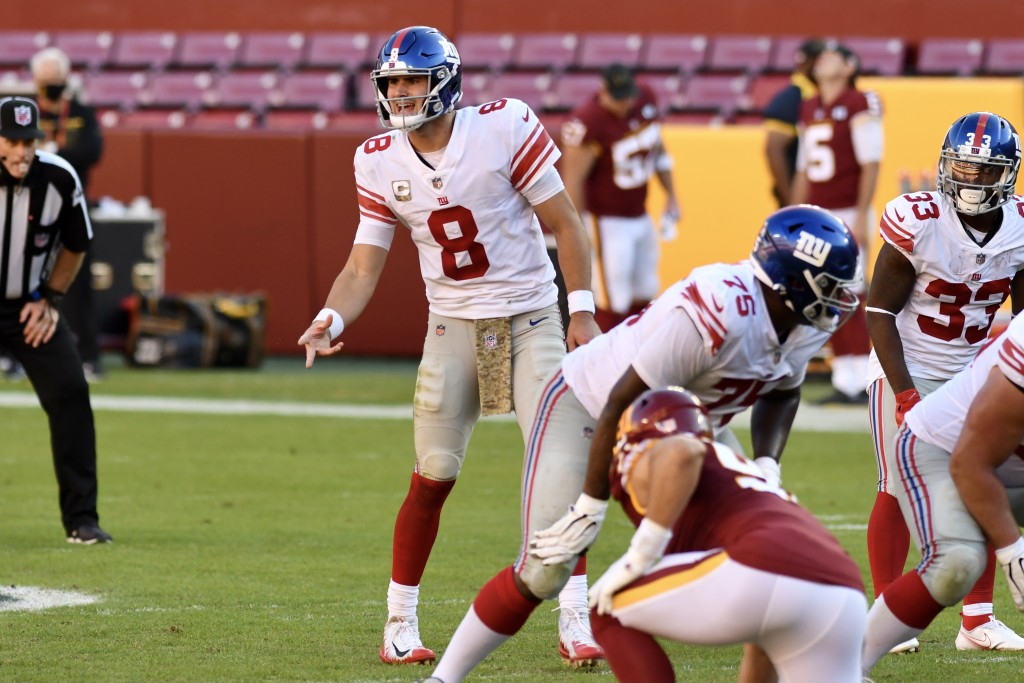 It is not uncommon for rookie quarterbacks to struggle in the National Football League. However, when the sixth overall pick in his draft class is still making rookie mistakes deep into his second season, there is some cause for concern. Daniel Jones is an example of this situation, but this year he has completely flipped the script.

Coming into the season, there were many questions surrounding the New York Giants. The offensive line, linebacking core and pass rush are all places where the team was full of uncertainty. The biggest question mark, however, was the quarterback position. The 2021 season is going to be a make-or-break one for Jones, and so far he has looked like a new player.

Through four games — against some pretty good defenses — Jones has almost completely revamped the way he runs the team. He is no longer turning over the ball at a historic rate, only having two turnovers through the team’s first four games. Many can make the argument that one of these turnovers, his interception against the Saints, should not be frowned upon due to it being a last second heave at the end of the first half.

Although Jones has shown flashes of breaking out in each of his first two seasons, he was never able to put it all together. So what is different this season? Why does Jones look like a potential franchise quarterback all of the sudden?

There are a few different reasons for Jones’ sudden stroke of success. One large factor is the emergence of last year’s first round pick, Andrew Thomas. The left tackle is one of the most important positions in football since it is responsible for protecting the quarterback’s blind side. In the 2020 season, Thomas was less than desirable, although he did progress throughout the season. This year, however, he looks like the offensive tackle that Dave Gettleman saw when he invested the fourth pick of the draft in him.

So far this season, Thomas has allowed just six pressures, and only one hit through four games. This stark improvement correlates directly with the emergence of Jones.

Another thing that can be attributed to Jones’ success is that the Giants’ play calling is slowly starting to gear more to his strengths. The two things Jones does the best are throw the ball deep and use his speed to gain yardage. For whatever reason, offensive coordinator Jason Garrett refused to put Jones in a situation where he could utilize these strengths last season. This year, he has opened up the playbook a bit more and Jones is flourishing.

Jones is throwing passes of 15 or more air yards at a far higher rate than last season, and the results are showing. The Giants are also calling more designed runs for the mobile quarterback, who has rushed at least four times in every game so far this season. Jones is at his best when he is versatile, and it seems as though the Giants have finally figured out how to put him in the best position to succeed.

Of course, there is a big question that still remains: if Jones is having such a good season, then why are the Giants only 1-3? The answer to that is simple. Football is a team game, not an individual one. Wins and losses are not determined by one player. The perfect example of this is the game against Washington.

Against the Washington Football Team, Jones made play after play to put his team in a position to win. Unfortunately, key drops and defensive miscues have ravaged the Giants so far this year, resulting in a bad record. The point still stands, however, that Jones is not the same player he was for the past two years. He has vastly improved his game, and in turn, will most likely keep the Giants in many games this season despite them having the toughest schedule remaining in the entire NFL.