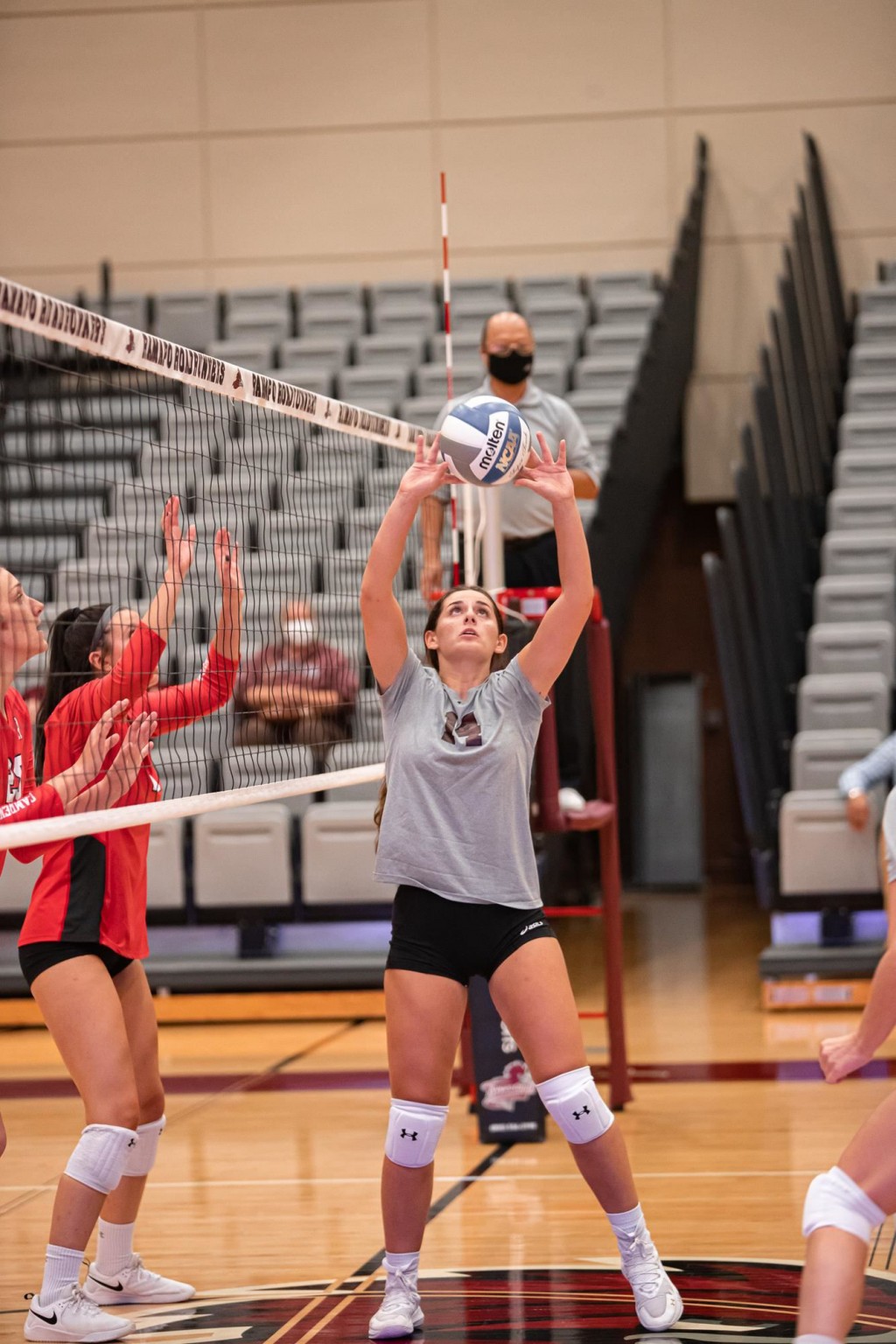 The Ramapo College women’s volleyball team hosted two games on Saturday, playing Lehman College followed by Immaculata University. The team went 2-0 for the day, improving their overall record to 5-8 so far. There was a lot to celebrate in both of these games.

The first match against Lehman College was a dominant effort in a sweep by the Roadrunners. Ramapo won all three games in the first match, with scores of 25-6, 25-7 and 25-10.

In addition to the kills, Hannah McTighe collected 12 assists and Alexandria Sacchinelli had 11. On the defensive side, sophomore Stephanie Ross led Ramapo with eight digs, two more than Jenna Stolker, who had the second highest number of digs.

This win against Lehman pushed Ramapo to 4-8, and they still had another match at 2:30 p.m..

After the day’s first victory, Ramapo faced Immaculata University in a second match and once again they swept all three games. This game gave Ramapo a complete sweep for the day.

Ramapo won the second match’s games with scores of 25-17, 25-17 and 25-16. These games went much like the first match, with very little for the Roadrunners to worry about.

In this one, Pichardo led Ramapo with ten kills on 23 attempts, hitting .087 while only making three errors. Freshmen Amanda Fatouh and Julie Olazabal also put up good performances in this one, collecting eight kills each. Overall, the team went 40-89 with 14 errors, hitting .292 in the second match. McTighe had 16 assists, putting her at a total of 28 for the day and Sacchinelli had 15, giving her 26 assists in the two games.

Ramapo has two upcoming games on Saturday, Oct. 9 in Gwynedd Valley, Pa. The team will play Moravian University at 12 p.m. and Gwynedd Mercy University at 2 p.m.