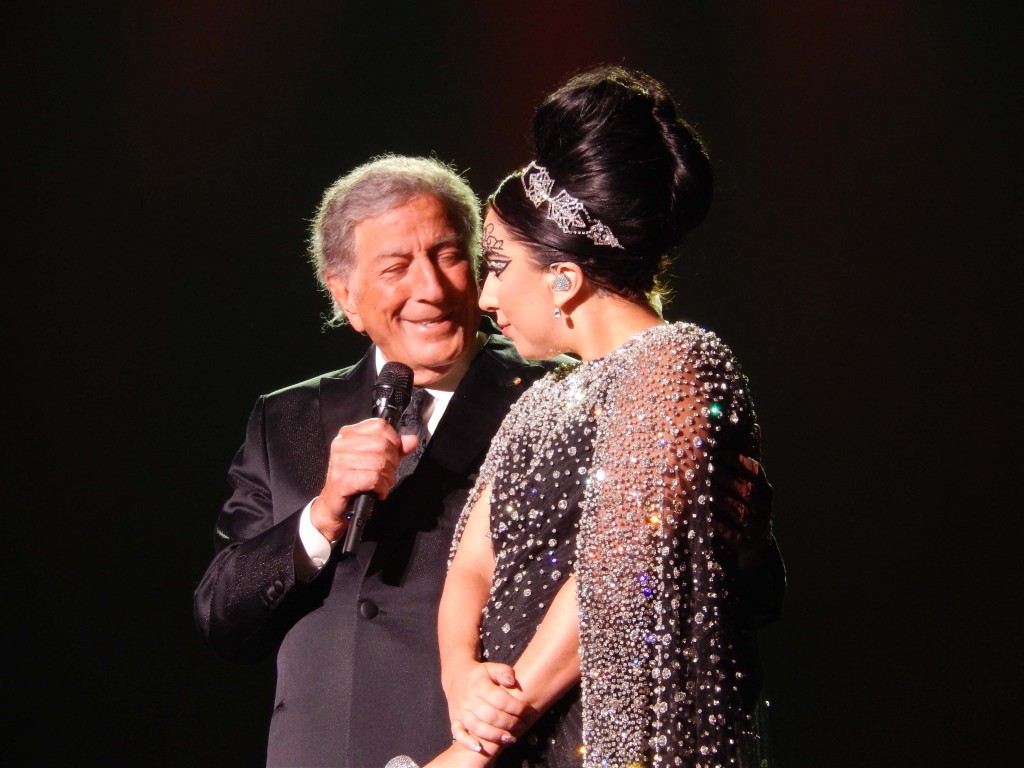 Seven years after their debut album “Cheek to Cheek,” Lady Gaga and Tony Bennett have put out their final work together. “Love for Sale” is a collection of Cole Porter songs which the duo recorded over the last two years. Featuring classics such as “I Get A Kick Out Of You,” “It’s De-Lovely” and “Do I Love You,” this album highlights the sound of jazz.

“Part of what's great about me and Tony is there's 60 years between us, but we can sing a song about a prostitute and still swing it together,” Gaga said in an interview with USA Today. “We never cared that people would pass judgment on us because to us, it's jazz music and we were honoring jazz.”

While she’s best known for her hold on the world of pop, Gaga’s talent extends far beyond. Her solo vocals on “Let’s Do It” transports listeners to a dimly lit jazz club, fully entranced by her smooth mezzo-soprano voice. She told USA Today this song was most meaningful because it made her think of Bennett.

Bennett’s vocals are so clear and captivating, it would never be known to a casual listener that this is Bennett’s final work. Having been diagnosed with Alzheimer's in 2016, Bennett concluded his career this past August with two nights at Radio City Music Hall a week after his 95th birthday.

His catalog of work is as iconic as that of his pop counterpart. He began performing in 1936, and has since won twenty Grammy Awards, including a Lifetime Achievement Award in 2001. For his ever-impressive steady sound, each accolade has been fully deserved.

In the title track, Gaga and Bennett harmonize to an upbeat jazz band, fully outfitted with horns and cello. The music video for this track shows their creative dynamic: Bennett effortlessly singing every note while Gaga dances along energetically beside him. They share smiles and looks which carry as much love as the music.

“It's a gift that I will hold in my heart 'til my last breath. My time with Tony has changed me forever,” Gaga said to USA Today. “Frank Sinatra said he was the best singer in the world and I don't think Frank lied.”

Moving between upbeat musical theatre classics and heartfelt ballads, “Love For Sale” is a tonally diverse album which makes space for all of Bennett and Gagas’ combined talents. Through the high notes of “Dream Dancing” and the snappiness of “I’ve Got You Under My Skin,” the singers showcase the best they have to offer.

A personal favorite is “Night And Day,” a passionate love song originally written in 1932. Hearing the marks of a song recorded all at once, something I don’t hear often, makes it ever more personal, like listening to it in the studio directly. Their chemistry is palpable in the way their voices bounce back and forth as if made for one another.

Bennett’s solo songs “So In Love” and “Just One Of Those Things” feel as lively as ever. I can imagine these coming through the nifty fifties radio just as any of his other classics. His talent is one that surfaces above the hardship of Alzheimers.

“It was absolute magic, I was so moved. I had to work a lot on breathing because I wanted to cry almost all the time, watching him just snap right into the moment,” Gaga told USA Today. “We also recorded some songs together while his Alzheimer's was beginning to change his nature, and it was remarkable that he (remembered every lyric). It's a testament to music being in Tony's blood.”

The 12-track album concludes with “You’re The Top,” a last hurrah on an album of hits. The pointed last beat of the band did what it does best: cue the curtain close. “Love For Sale” is a heartwarming dedication to jazz and the magic of Tony Bennett and Lady Gaga’s connection through music.