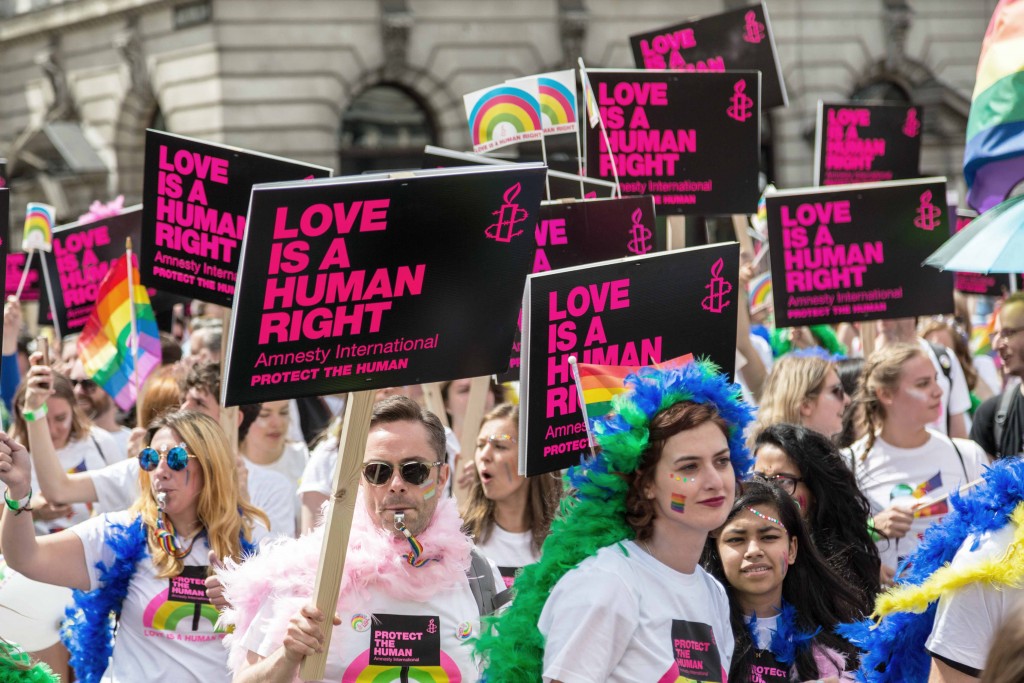 October is LGBT (Lesbian, Gay, Bisexual, Transgender) History Month across the United States. First observed in 1944, the main goals were to bring awareness and celebrate pride for all members of this community.

There are multiple reasons why it is held this month. Oct. 11 is National Coming Out Day, the same day when the LGBTQ+ community first marched on Washington in 1979 for lesbian and gay rights.

This day is to help closeted members of the community feel proud of who they are, letting them know that they’re loved and accepted in the LGBTQ+ family. There is also Spirit Day in October hosted by GLAAD (Gay & Lesbian Alliance Against Defamation), which brings attention to the bullying and harassment LGBT people face every day.

On Oct. 21, people wear the color purple in a bid to show their solidarity with the lost lives of LGBTQ+ people and commemorate the suicides committed by LGBTQ+ youth. The number of suicide attempts committed amongst LGBTQ+ youth, is staggering. More than half of transgender and non-binary youth have reported seriously considering suicide.

Schools in the United States do not adequately teach LGBTQ+ rights and issues. Health classes do not explain safe same-sex intimacy or relationships. History classes ignore pivotal events like the Stonewall Riots and historical figures like Harvey Milk. Most schools do not include safe spaces such as a Gay-Straight Alliances (GSA) that give a home on campus for the youth.

The lack of education and safe spaces for LGBTQ+ youth is extremely harmful to the LGBTQ+ community because the world is not being educated or exposed to LGBTQ+ issues and history. It makes the community feel alienated and highlights people’s differences rather than being united.

A study at WestEd has found that LGBTQ+ youth are less likely to be engaged in school than their straight, cisgender peers. Fewer than half of LGBTQ+ students have reported feeling safe, in fact, they are more than twice as likely to be victims of bullying and harassment. Transgender and bisexual students are more likely to experience chronic sadness, depression, and thoughts of suicide. This shows that if a student doesn't feel safe or represented in school they will not achieve educational and social success, things that schools are meant to stand for.

What can be done to help? The answer is simple: schools and allies need to show their support. Displaying pride flags, posters, integrating historic LGBTQ+ events into school curriculums, offering support, having gender-inclusive bathrooms, asking for pronouns and preferred names, and much more can be easily done.

Making your support visible is vital for LGBT students to feel comfortable since it helps them know that they are in a welcoming space.

Ramapo College offers a variety of different services, events, and support for LGBTQ+ students. The Women's Center helps anyone in need whether it is due to violence, getting to a safe space, receiving free condoms and menstrual products, or just an open place to hang. Ramapo Pride (Queer Straight Alliance) club has multiple groups specific to identities such as queer, gay, lesbian, bi, pan, trans, non-binary and questioning.

October is Queer and Trans History Month, honoring the LGBTQ+ community's past, present, and bright future. So get your pride on and be proud!