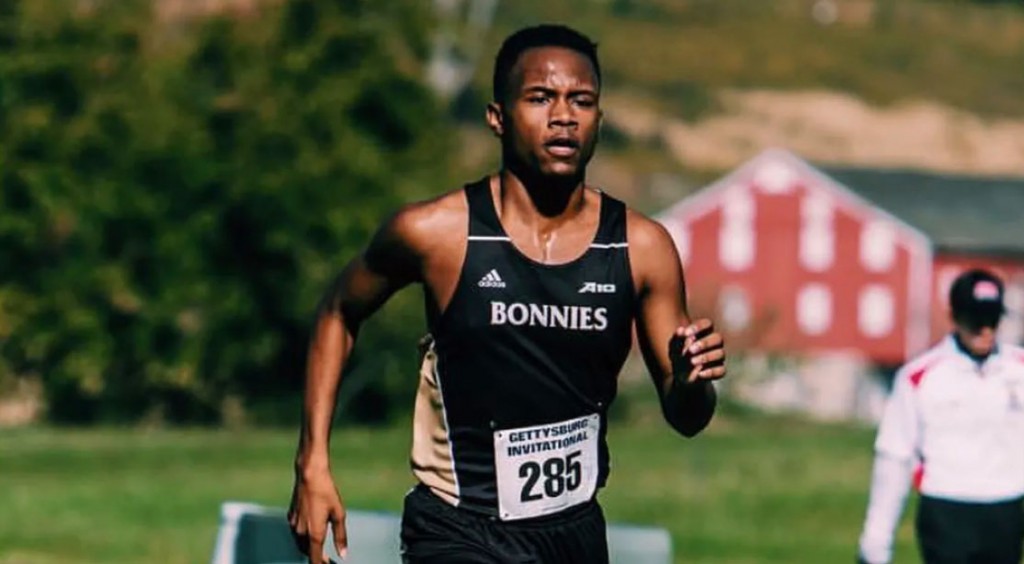 On Oct. 12, St. Bonaventure student and cross country athlete Dahron Wells came to Ramapo College via WebEx and delivered an impactful presentation about the struggles of mental health. He was welcomed by the Office of Equity, Diversity, Compliance and Inclusion to speak about how being a Black bisexual man played a role in his story.

He began his presentation with a brief summary of what his junior year at St. Bonaventure was like. He said that he was in student government, he was the school mascot at a time, and he was even presented with an award for an athlete who “embodies what it means to be a St. Bonaventure student.”

Wells made it a key point that, although on the outside his life may have seemed great, it does not always tell the entire story. During this part of his presentation, he asked some audience members to give some physical signs of depression and mental illness. He got a completely different answer from every person he inquired. This was a large topic that he wanted to make sure he hit on: there are no singular physical signs of mental illness, but a variety of signs instead.

As an example, Wells showed a picture of himself before he started truly feeling his mental state unravel, then he showed a picture afterwards. The time period was only three months, but the differences were stark. He had put on a large amount of muscle in the second picture, due to his copious amounts of time in the gym. Although this may seem like a good thing, it was not done for the typical reason of getting in better shape.

“I wanted to look as best as I could physically because mentally I was not there,” said Wells. What was once his coping mechanism ended up becoming something he felt like he had to do. “Exercise, which initially started off as something to help me feel better, became something else. I wasn’t doing it for myself anymore.”

Wells went into detail about how he wished he had known more about mental illness before his situation got worse. He pulled up a statistic saying that, in 2019, one in five adults had experienced mental illness in some way. He also pulled up a 2014 study that showed that 63% of Black people referred to mental illness as a “personal weakness.” He did not want to seek help due to the fear of looking weak, and he wishes that he knew it was okay and that he was not alone.

After discussing the physical aspects of mental illness, Wells then went into the story of how his situation got even worse. This mainly involved the question of his sexuality. One night at a bar after one of his last cross country meets, a man flirted with Wells. Wells left the bar crying, but for reasons that may not have been obvious from the outside.

Wells assumed all of his problems would go away with the turn of a new semester, but he was wrong. In fact, they only got worse.

Wells lived in an off-campus home with a few teammates from his cross country team. He tells the story of one night, during a party, when he brought a man up to his room, trying to be as discrete as possible so as not to be noticed by any of his roommates. However, one of his roommates did see and ended up asking about it.

Wells left the house to be away from everything and everyone. A few hours later, after everyone in the house was asleep, Wells returned and went right up to his room. He felt completely alone, more than he had ever felt before. So, he decided that enough was enough. That night, Wells had attempted to end his own life.

Luckily, one of Wells’ friends went to check on him, because he had not been answering her texts, and she found him unconscious in his room. She immediately called 911 and Wells was rushed to the hospital.

“I don’t remember much besides waking up and my cousin was there, and I was just angry,” said Wells. “‘Dahron, you couldn’t even do this right?’ That was my first thought.”

After some time being awake, Wells got a phone call from his mother.

“There was something about hearing her breath that just clicked for me,” he said. After a few minutes of this, he came out to his mother right then and there, saying that he is bisexual. After a short pause, his mother was very accepting of him. This was the beginning of Wells’ journey back.

In the time since then, Wells has worked to be able to express the importance of mental health, and as well to be comfortable with his sexuality. To wrap up his presentation, he gave a few pieces of advice.

“[Mental health] is just one of those topics that we have to get comfortable with being uncomfortable about,” he said. He followed that up by explaining it should be talked about all the time, not just during certain months or situations.

Wells is now on track to earn his Master’s Degree in accounting in 2022, and he plays a key part in overseeing orientation at St. Bonaventure. He makes sure new students, both freshmen and transfers, feel welcome and not alone. It is an incredible story, and the work he put in to get himself in a better place mentally is an inspiration to those who may be struggling with similar circumstances.