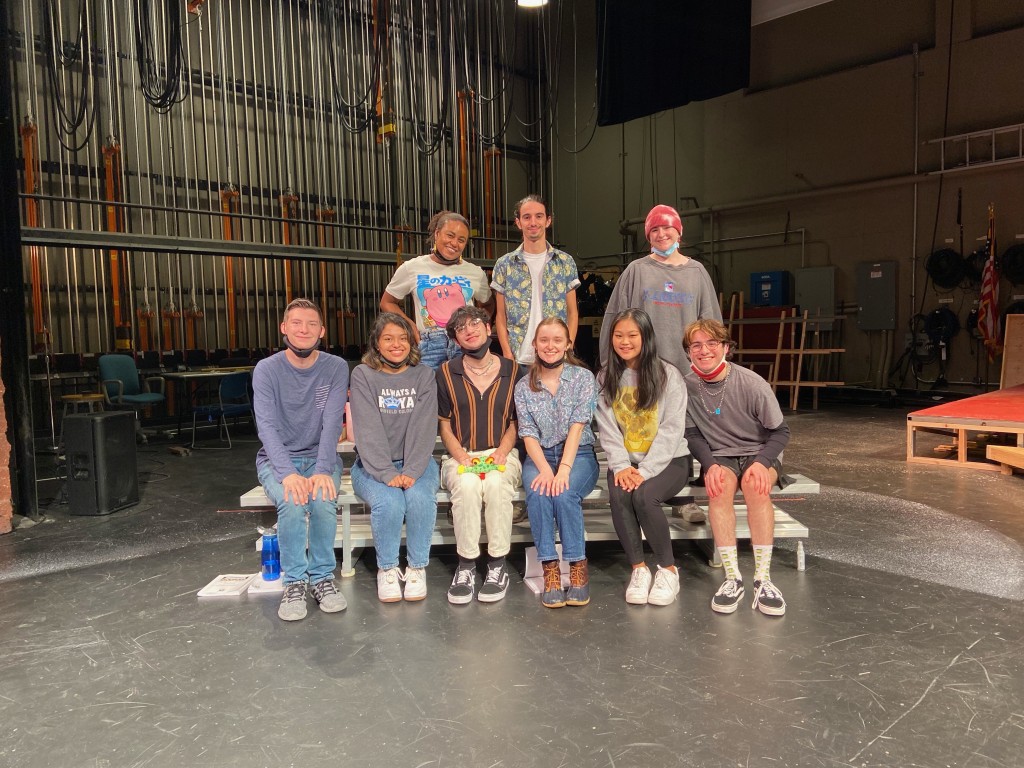 During my junior year at Ramapo, our spring musical production got cancelled. My friends and I sadly looked ahead at a full year of virtual theatre, knowing we’d never get our last goodbyes in person. At the same time, I was adding a second major, which caused me to stay an extra year. Initially, I wasn’t looking forward to all my friends graduating without me, but now that we are back in person, I am able to get some of those final memories in our fall musical.

Auditions for the fall productions were held on Sept. 10, and after two separate nights of callbacks, both main stage productions were cast by the end of the week. “The 25th Annual Putnam County Spelling Bee” began rehearsals that following Monday.

“Spelling Bee'' is a musical comedy where children participate in a spelling bee. It premiered off-Broadway in 2005 and cast adults to play all the kids, which became a standard for the production, much like how Edna in “Hairspray” is played by a man or how Peter in “Peter Pan” is usually played by a young woman.

As a theater major in my fifth and final year at Ramapo, I’ve seen a lot of new faces and freshmen come into our mix, most of whom are long gone, but I’ve never seen a group quite as excited as the ones I’ve met this semester.

In previous years, the casts have been full of familiar friends. This time, nearly everyone was completely new. Our cast of nine ranges from ages 18 to 26, but we all get along as if we’ve known each other for so long.

Everyone began bonding during callbacks, and since then, the sense of community has only grown stronger, with bursting group chats and inside jokes between the entire company. That’s exactly what was lacking last year.

The virtual productions took away those small moments where everyone gets to bond. Even a small five- or 10-minute break was enough for the joke of the century to be born. There’s something inherently special about sharing a space with your cast and crew, and sitting in your childhood bedroom in front of a Zoom screen just wasn’t the same.

After a year of barely any live theatre at all, everyone is ecstatic to finally be in-person and get to work. Most of the cast are freshmen and sophomores, and many possess the maturity of a junior or senior.

There’s an incredible balance of playfulness and seriousness, which is exactly what “Spelling Bee” calls for. The show is about six spellers at the 25th Annual Putnam County Spelling Bee. Each of them have their own character quirks — a lisp, an obsession with a dictionary and being unenthusiastically good at everything — but they also all deal with real problems.

While there are moments in the show where there are long pauses for laughter, there are also moments where you realize these kids have issues at home or in their personal lives.

At one of our first rehearsals, our director and Ramapo alumnus Joe Kiely, read aloud each character description from the script. There were qualities in each character that we all related to, and that’s what Kiely and the rest of us hope people experience when they come to see the show.

Our rehearsal process moved quickly — a total of five weeks before tech rehearsals began — and we suddenly had a full blown show on our hands. I missed hearing stage management and the director laugh during a funny moment on stage. I missed waiting in the wings among hushed whispers before a run began. And I missed getting to share a production with a company of people who truly care about putting on a good show.