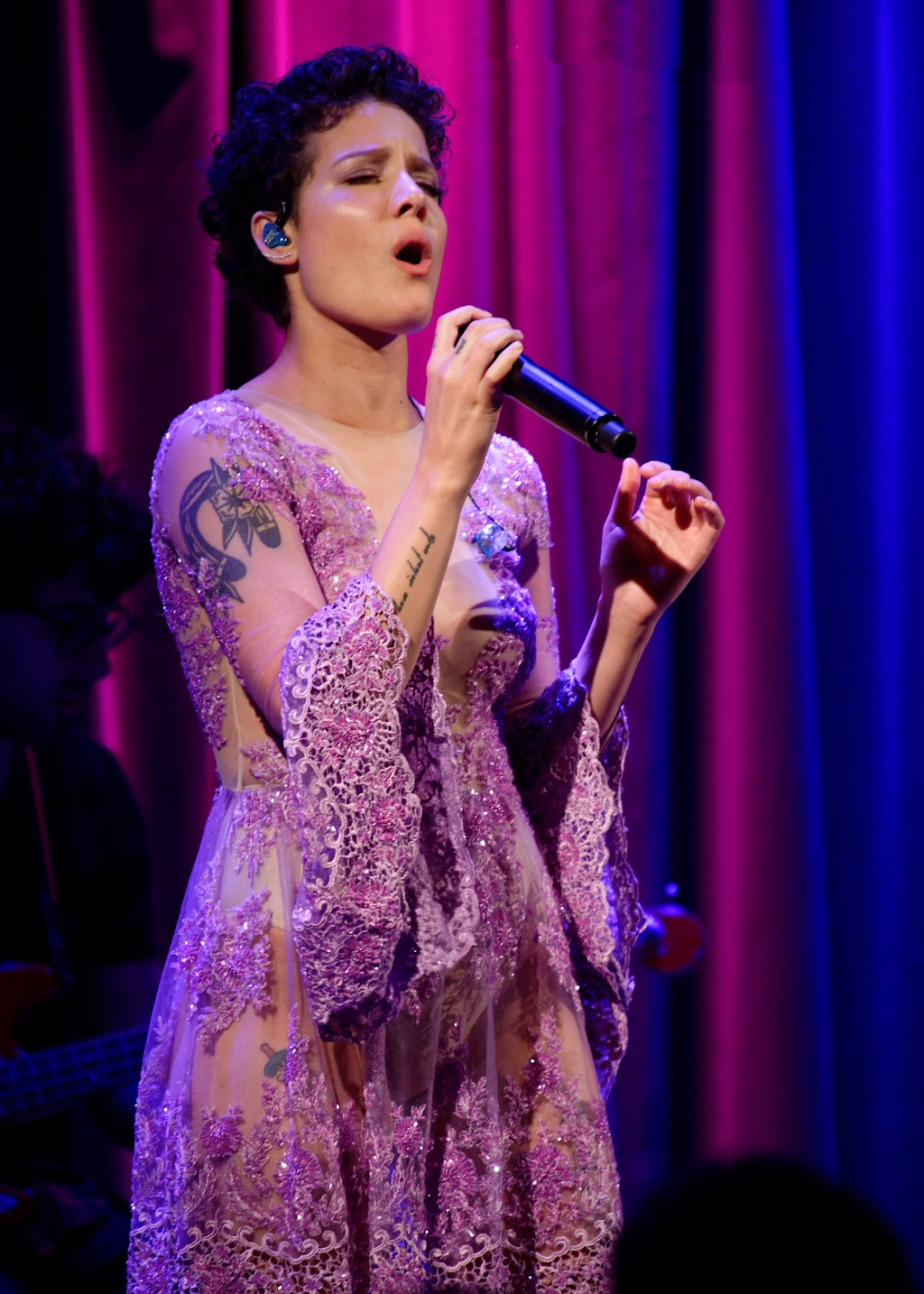 More than a month after the release of “If I Can’t Have Love, I Want Power,” Halsey’s fourth powerhouse album, the accompanying movie has arrived on HBO Max. The film originally premiered in select theatres around the world two days before the album was released, and it also was available to stream for 48 hours on Sept. 29.

The plot follows Queen Lila just after her husband, the king, dies mysteriously. In the room where his body was found, she is visited by a mirror of herself clothed in black and red, rather than the blue and white she’s wearing. Color plays a large role in the movie, indicating the tone of a scene, the intentions of a character or Lila’s emotions.

Behind almost every scene is a song from the album, beginning with “Bells in Santa Fe,” and ending with “Ya’aburnee.” Each song featured is amplified by the scenes it corresponds with, adding meaning to the lyrics which already fascinated fans.

Queen Lila is detested by the royal court, but is revealed after the king’s death to be pregnant. Just as Halsey was pregnant during the recording of the album and film, Lila’s journey explores the themes of motherhood and autonomy.

Just as red, black and white play important roles in distinguishing Lila’s power in scenes, so too do the wardrobe, hair and makeup. The extravagant gowns Halsey wears as Lila are inspired by several centuries of art, according to costume designer Law Roach in an interview with Vogue. Designer pieces from collections like Elie Saab and Dolce & Gabbana make appearances on screen.

All of Halsey’s makeup was done herself with makeup from their brand about-face. With looks ranging from natural glam in the bathhouse to a stark white face with pencil thin eyebrows, Halsey said on Instagram that each look was highly intentional.

“Some of my favorite looks I’ve ever done / conceptualized,” they wrote. “They all reflect the character’s emotional state and degradation at the time of the story.”

There is a startling lack of dialogue for the majority of the film; Queen Lila hardly speaks until threatened by the court despite her child's right to the throne. In this scene, she wears Elie Saab Haute Couture, which she rips off piece by piece in a dramatic exit.

One especially touching scene comes just before the end, set to the song “Darling.” Lila is given a glimpse of the joy of watching her child grow up, laughing and playing in a golden field. The scene is cut short with the lyric, “Only you have shown me how to love being alive.”

In all its beauty, with scenes referencing paintings like Henry Matisse’s “Dance” and  Jean Fouquet’s “Virgin and Child Surrounded by Angels,” this film is still categorized as a horror. It is dark, at times violent, and shows the isolation Queen Lila endures during her pregnancy.

While it was empowering watching Lila command respect for her body and laugh in the face of death, there were times I was left wanting more. Some scenes felt more like connected music videos than a flowing plot. The points where the story jumped back in time were not confusing, but skipping through five months of pregnancy in one song was.

“If I Can’t Have Love, I Want Power” was an ambitious venture for Halsey, as their third concept album and first go at the massive undertaking of a film. In its constraint of 50 minutes, I couldn’t help but want more — more dialogue, more of her demon, more explanation of the witch in the woods.

Still, there is no doubt this film was as meaningful as it was beautiful. The deepening of lyrics through scenes both horrific and sweet made me love this album more than before. In its own cinematic right, “If I Can’t Have Love, I Want Power” is worth watching, maybe twice to truly appreciate its intricacies.