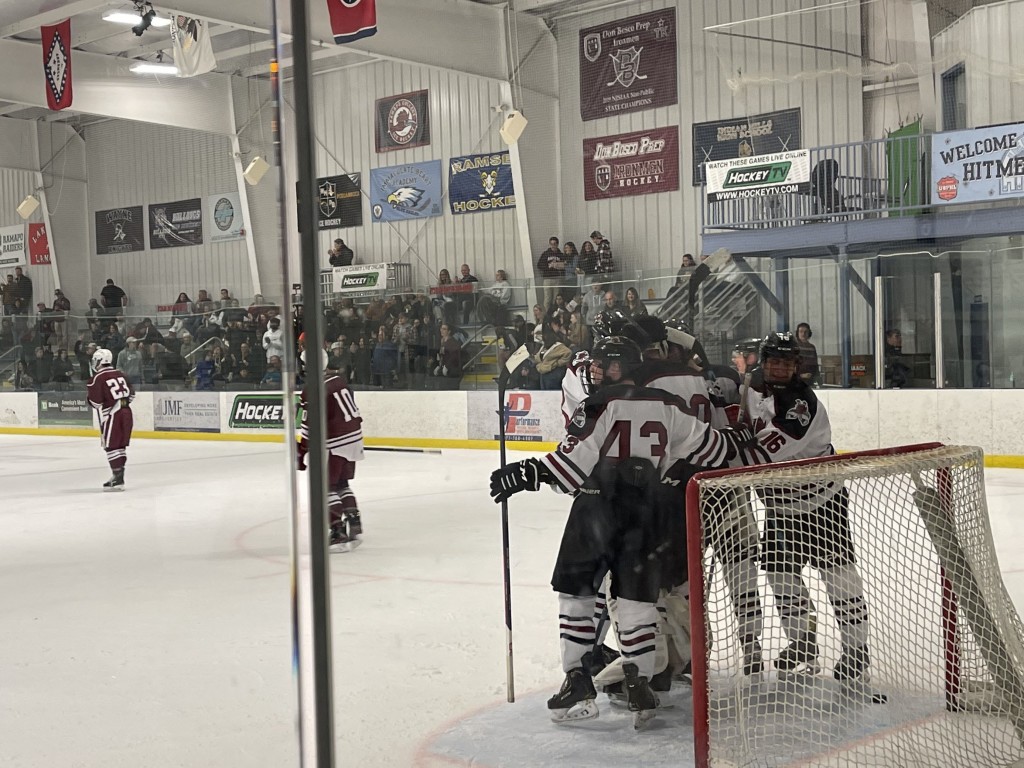 After postponing their game at Fordham last week, the Ramapo College ice hockey team returned to action against Hofstra University on Sunday, Oct. 10 in Freeport, N.Y. In dominating fashion, the Roadrunners left the game with a 6-2 victory, pushing their record to 2-0 in the young season.

The victory included a hat trick from senior alternate captain Eddie Dahdah. Dahdah is now tied for fourth in the Empire Division for goals with five this season, despite having played in three fewer games than the players ranked above him.

Also contributing with goals were Thomas Moskal, Daniel Klutkoski and Christopher Dressler. In net, goalie Denis McGarry registered his second win in as many games this season, saving 22 of 24 shot attempts this time. This performance gave him a save percentage of 89% for the season so far. Hofstra scored in each of the first two periods, courtesy of goals from forward Collin Ewald and defenseman Matt McGuirk, but was held scoreless on nine shot attempts in the third period.

Shots were even at eight apiece in the first period, and despite winning the shot differential 14-7 in the second, the Roadrunners were held scoreless in the period by Hofstra goalie Spyridon Markoulis.

The contest was close until the third period with Ramapo leading 3-2 after two periods of action. “We were getting chances but just weren’t getting the bounces we needed to bury,” said Dahdah.

However, the Roadrunners were able to step on the gas late. Ramapo dominated the final 20 minutes of action, scoring three goals, two courtesy of Dahdah, on 11 shots. “We were able to bear down in the third and put the game out of reach,” said Dahdah. “Overall, I thought it was a good effort by the boys to stick with our system and get the win. Now we’re just focusing on getting ready for next week.”

Looking ahead, Ramapo’s next game will be on Saturday against the Quinnipiac University Bobcats who have a 4-1 record. The Bobcats come into the game having outscored their opponents 41-11 through five games.

“Quinnipiac is one of the toughest opponents we’ll face, but we just need to keep doing what we’ve been doing,” said junior forward Peter Paszkiel. “The guys have been playing really well together and we just need more of that.”

Catch this game on Saturday, Oct. 16 at the Ice Vault Arena in Wayne, N.J. as the team looks to keep its undefeated season alive.