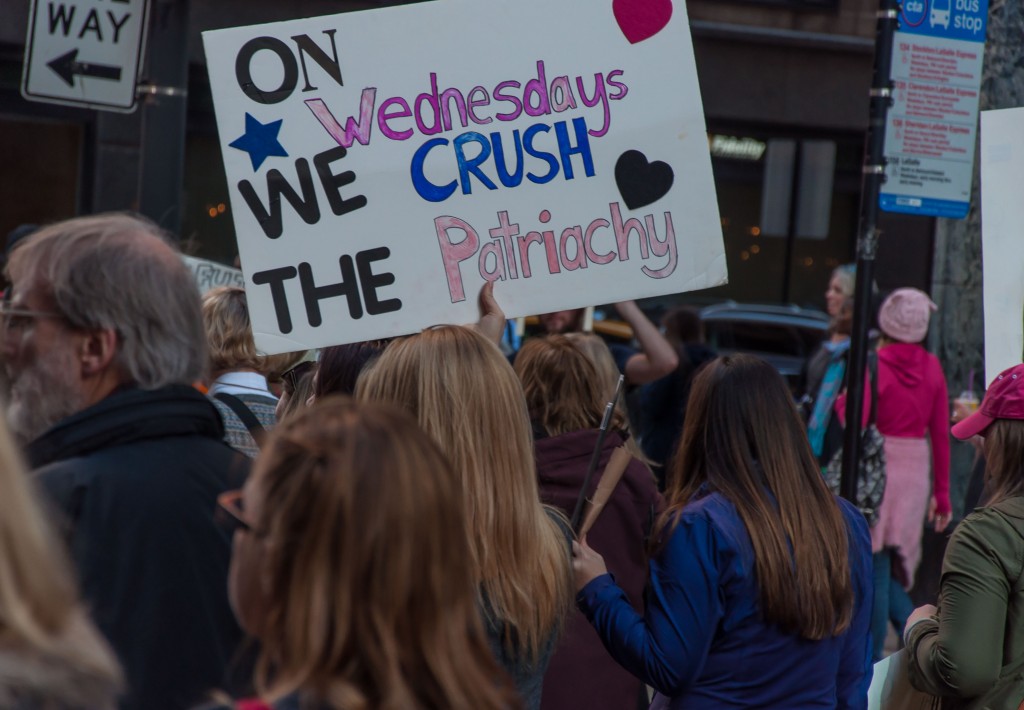 Harrison Rose, the male outreach coordinator for OVP and president of the Social Work Club, began the event by emphasizing that this is just one of the many topics being discussed this week. He connected it to the Ramapledge event at the Grove earlier in the day.

“The Ramapledge is a pledge where we’re asking you to be on the right side of the issue and help create a safe environment for everyone,” Rose said.

The Ramapledge is a Title IX pledge created by OVP and the Student Government Association (SGA). Its members and student staff urged passing Roadrunners to sign the pledge, which explained that the person signing will do their part in creating a safer campus. These efforts include taking a stand against sexual assault and promoting violence awareness in all forms.

Rose had copies of the Ramapledge and urged attendees who had not yet signed, to do so.

The TED Talk was delivered by actor Justin Baldoni for a TEDWomen discussion, “Why I’m done trying to be ‘man enough.’”

Baldoni said that he began to notice how men are rejecting feminine qualities to prevent being ostracized by other men.

“As a man, this is wrong, this is toxic and this has to end,” Baldoni said.

He said that there needs to be safe spaces where men can freely express themselves and reflect on these problems. He also expressed that men need to take accountability for their actions, especially when it comes to sexual assault.

After the TED Talk ended, Rose led what he described as an “audience participation-driven discussion.” The conversation featured various questions in an interactive poll where attendees could type or text their answers and they would show up on the projector screen. Responses were anonymous, but attendees were encouraged to share.

Discussion questions ranged from word clouds generated by stereotypically masculine (strong and insensitive as some common responses) and feminine traits (emotional and caring as some shared responses) to a poll about who and what perpetuate traits of toxic manhood — the top answer being “social environment” with 73% of votes. Attendees were also asked to define toxic masculinity and unpack what the term meant.

When talking about traits of masculinity and defining them, Center for Student Involvement Director Rick Brown said, “I think people that answered for masculine traits might see them as positive too. We’d like to get to the point where we can see what’s labeled as positive and what’s denigrated as negative.”

Despite the discussion being centered around toxic masculinity, most of the attendees were female-identifying students.

“Far more females than males attend these events, and we need to change that for the benefit of everybody,” Rose said.

Brown also said something similar as his closing remark to tie-up the discussion into Violence Prevention Week and urged male students to attend future programming for the week like Take Back The Night.

“Oftentimes, people ask why you’re talking about healthy masculinity,” Brown said. “Toxic masculinity can lead to violence that can end in death. It’s a larger problem that needs to be addressed.”