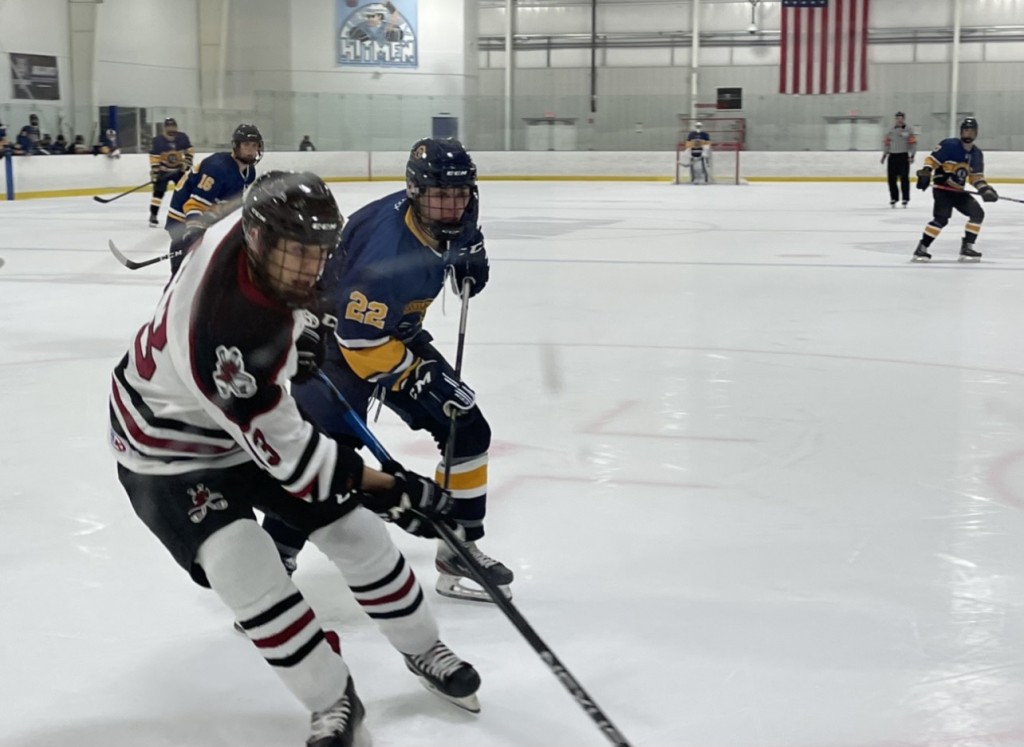 The Ramapo College men’s ice hockey team lost a heartbreaker against Quinnipiac University 3-2 in overtime on Saturday, Oct. 16 at the Ice Vault Arena. Coming into the night as underdogs, Ramapo was looking to upset the undefeated Bobcats, but to no avail. The loss is the first of the year for the Roadrunners, who now stand at 2-1.

The way in which Ramapo lost was truly devastating. Two minutes into the overtime period, the puck bounced off the skate of Quinnipiac forward Jacob Noyes, going into the net and costing the Roadrunners the game. The best word to describe this game is unlucky.

The game was tightly contested through the first period and most of the second. However, Quinnipiac took the lead late in the second period from a goal off the stick of Justin Lasella and held a 2-1 advantage into the third.

The game got very physical in that second period, as there were a combined 31 penalty minutes dished out to both teams. These included two 10-minute unsportsmanlike conduct calls handed out to Ramapo’s Gary Ragusa and Qunnipiac’s Nate Perykasz. Also spending time in the box in this period were Ramapo’s Thomas Moskal for tripping and Christopher Dressler for charging, as well as Quinnipiac’s Jason Vent for hooking.

Ramapo kept on the pressure throughout the third period, and the heavy attack paid off when forward Gary “Goose” Ragusa put one in the net off assists from Matthew Curattalo and Eddie Dahdah. This goal tied the game and pushed it into overtime, where Ramapo ultimately lost.

Not to go without mention, Ramapo was playing without two of its forwards due to injury, with starters Eric Freeman and Rory Maurer missing the game.

“We had to juggle lines a bit. Players got the opportunity to move up in the lineup and they responded well,” said head coach Mike Winters in regards to managing with key players missing.

Despite the loss, goalie Denis McGarry had his best game of the season, stopping 35 of 38 shot attempts, including all 10 shots on the goal in the third period and the first three of overtime. Dahdah also continued his scorching hot start to the season, scoring his sixth goal through three games this year.

“The boys played their best game of the season so far. They came from behind twice to even up the score,” said Winters. “The loss stings but it was a good showing of our resiliency and we will learn from this. Three small details were missed that lead to the game-winning goal. The boys already have the rematch against Quinnipiac later in the season circled.”

Though the result was disheartening, Ramapo played better than most expected coming into this matchup. The team will certainly have a lot to build off of when they face Hofstra for the second time this season on Saturday, Oct. 23 at 7:00 p.m. at Ice Vault Arena. This game is the team’s second of four straight home games coming up. The game will also be able to be viewed via a YouTube live stream.