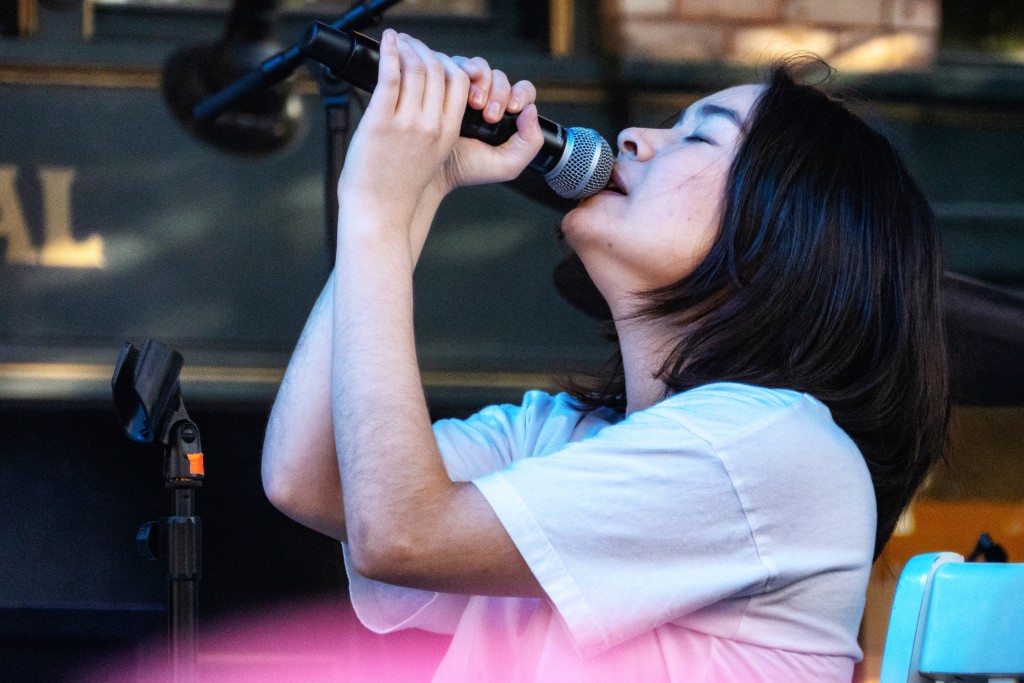 Japanese-American singer-songwriter Mitski abruptly broke her three-year hiatus with the single and music video for “Working for the Knife” on Oct. 5. The night before the drop she reactivated all social media accounts, returning to the music scene in full force.

The 31-year-old musician graduated from her 2018 album “Be the Cowboy,” which had given recognition to her alternative and indie sound, and earned her Album of the Year accolades from well-established publications, such as Pitchfork and Vulture. She has been extolled in the music community, with a 2018 NPR headline calling her “the 21st century’s poet laureate of young adulthood.”

This single, however, signals yet another shift in her career, one that is reminiscent of Mitski’s earlier discography. Songs from her sophomore LP in 2013, “Retired from Sad, New Career in Business” carry a similar sound, though “Working for the Knife” offers more textured tones.

The lyrics complement the sound with the same consistent quality that has been present throughout her career. She opens the track with a seemingly personal truth: “I cry at the start of every movie / I guess ‘cause I wish I was making things too.”

In just over two-and-a-half minutes, “Working for the Knife”  translates much of Mitski’s capabilities as an artist, reminding listeners that she can go beyond her pop-type hits. Though different from her third-most-played song on Spotify, “Nobody,” this single indicates a full display of rapport in Mitski’s work.

The idea of “working” and “dying” under “the knife” seems timely in itself, as this is Mitski’s first release since 2018. Though virtually all of her work can be described as mature, this song appears to take on yet another obstacle of adulthood, perhaps one listeners can relate to, especially if they too feel an extent of internal pressure as they age.

Though Mitski creates for herself, there is a sense of universality within her songs. During an interview with The Guardian in 2018, Mitski has spoken about the value of drawing human connections in her art. “I’ve always grown up feeling lonely or other, but through my music, I can be like: ‘Look, we’re the same, we’ve felt the same thing, so we’re not so different. I belong here,’” she said. “It’s almost like a hungry monster that’s just a constant need to feel connection.”

Her desire to reach audiences is found in her lyrics, which often meditate on an idea or experience, and can elevate it to a literary level. In the fourth verse of “Working for the Knife” she sings, “I used to think I'd be done by twenty / Now at twenty-nine, the road ahead appears the same / Though maybe at thirty, I'll see a way to change / That I'm living for the knife.” She offers a timeline of clear stagnation over a decade that does not read too distant from her audience’s own lives, though, arguably, the symbolic nature of the knife is open to interpretation.

The track’s quiet sound coupled with her, albeit much-expected, sorrowful lyrics brings the entirety of the lament about artistic frustration to fruition. This formula is common for Mitski’s work, and its purposefulness is what makes listeners fall in love with her sound over and over again.

Most of the excitement surrounding her return equally falls on the sudden promise of a North American and U.K. 2022 tour starting Feb. 17 in North Carolina. Only nine of her 51 U.S. shows are yet to be sold out.

After her 2019 tour, listeners worried she may have retired, considering her inconsistent release scheduling compared to other artists. The near-chaotic reaction to Mitski’s return is emblematic of just how important her music is to fans.