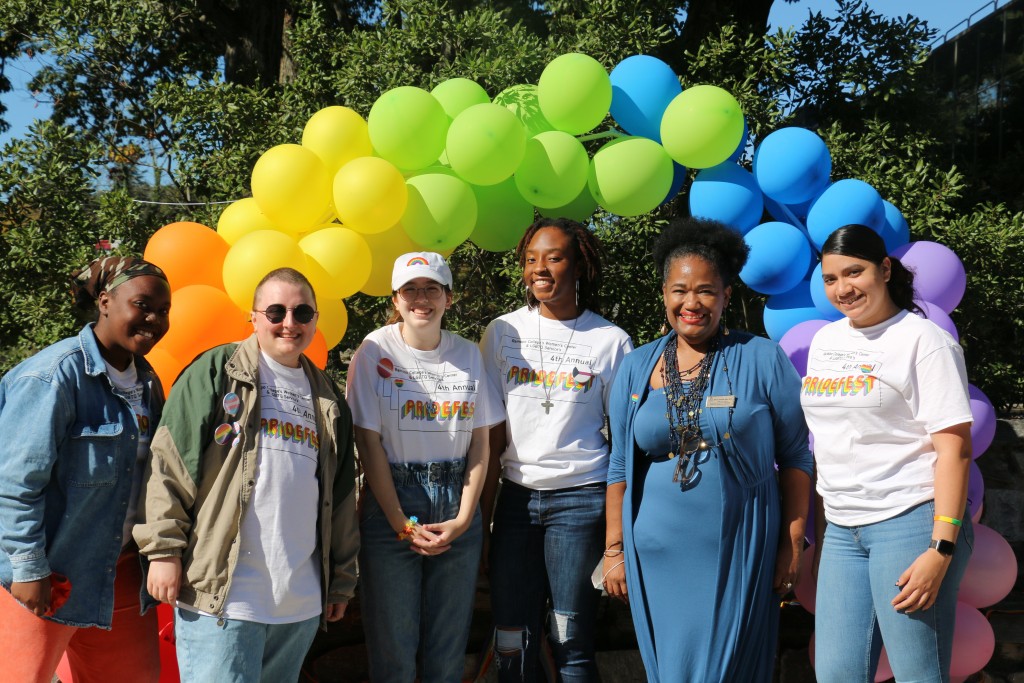 Ramapo held its fourth annual Pridefest on Oct. 20 in the Grove. With various tables set up with information and free goodies, Ramapo’s own members of the LGBTQ+ community and allies gathered for a day of fun, music and pride.

The Women’s Center and LGBTQ+ Services hosted the event, and they featured on- and off-campus organizations that prioritize queer lives and inclusivity. The Women’s Center student staff are to be thanked for their commitment to organizing the event, especially senior Office Manager Khalisah Hameed and senior Queer Peer Services Coordinator Rebecca Patuto.

“We were looking to make a big, safe environment here,” said Patuto. “We want to make this not only a pride celebration, but a place where people can learn which clubs and nearby groups are inclusive.”

There is a large LGBTQ+ community at Ramapo — among students, faculty and staff alike — and it is pivotal to give these folks a place where they can express themselves and be appreciated for their identities.

“It is so important for students to know that they are recognized and that they are included on campus,” said Patuto. “This campus is a safe place for them.”

Despite the progress within the Ramapo community, there is still a need for change and acceptance outside of the college. The queer voice is growing, but it is still not actively uplifted within important, daily spaces.

“We didn’t have an event like this at my old college,” said junior transfer student Cecil Borgono. He noticed that at Pridefest, “it’s just a whole bunch of tables full of people that want to be accepted, want to be loved and want others to feel that too,” they continued. “And there’s beauty in that.”

The highlight of the event was the intimate drag performance by New York based queen Marilyn Monhoe. She was the featured guest of the afternoon, donning a red, risque bodysuit, topped off with a bright red jacket and sparkly, red high heels.

The drag show began with a rather sad performance of Adele’s new song “Easy On Me,” because she wanted to use a song college students can relate to — and “college students are depressed,” she expressed in a joking, yet truthful manner. She lip synced the tragic lyrics and slowly swayed while embracing students.

Her performance was raw and fun, and her sass and spirit enlightened the Ramapo community. She expressed her gratitude for being part of something so special in a collegiate space, something many do not have the privilege to experience.

“You guys asked a six-foot-seven, Black, queer, homosexual from New York City to come here in a dress and a wig and perform for y’all,” Monhoe said. “And that’s huge.”

“I thank each and every one of you for showing up and showing out,” she said. “Because representation does matter.”

The day of rainbows and liberation reached its end as Hameed shared the value of Pridefest, and the work of Ramapo’s queer community and allyship.

“This is a day to celebrate y’all,” she said. “To celebrate the community; to celebrate that y’all are here, and living, and in a safe space that may not be the case everywhere in the world.”

Hameed left attendees with the mission to “be the catalyst for people caring and for people changing.”