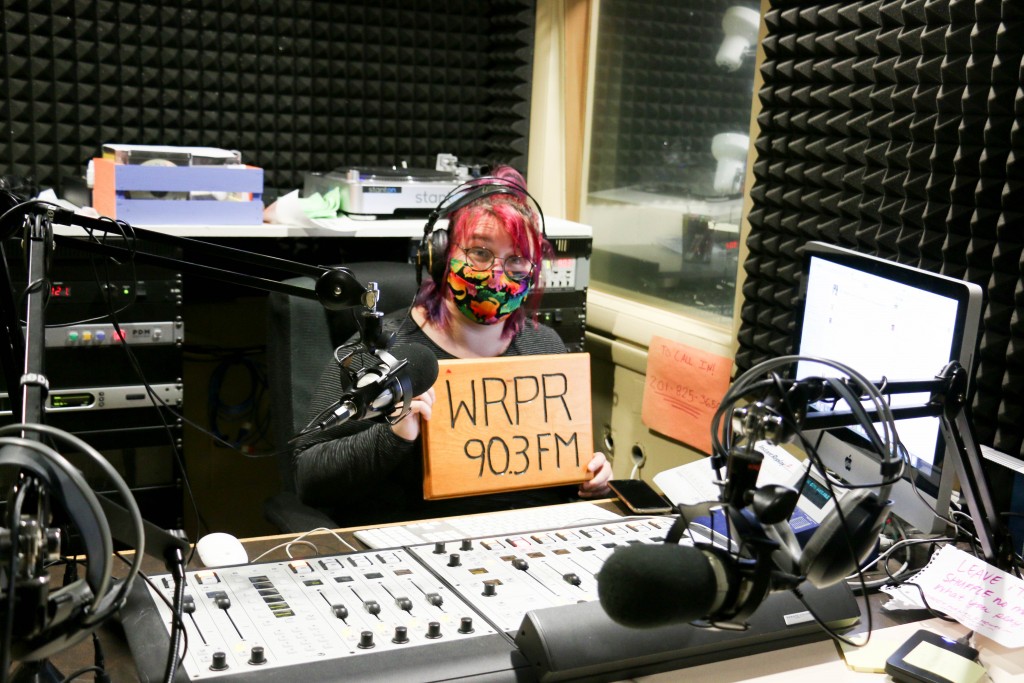 The next time you feel like listening to music, rather than putting on yet another premade playlist, consider tuning in to WRPR, Ramapo College’s student-organized and operated radio station, where you can listen to a variety of music and talk shows at any time on an old school radio or online on your phone or computer.

Ramapo’s radio station began its early development back in the mid 1970s, shortly after the school’s opening in 1969. On Oct. 9, 1979, WRPR received its call letters, which is a four letter identification code all radio and broadcast stations have.

As listed on their Archway page, WRPR’s mission statement reads, “Our goal is for students to have their voice be heard through their own radio show and throughout campus. We collaborate with organizations across campus to host events, provide live sound, and DJs.”

Currently, WRPR has roughly 30 active members, and there is always still time to join. The radio station is run like a club, as members have the opportunity to be regularly involved with independent radio shows and events, and they can even obtain E-Board positions.

“It is important for students to share their voice,” said senior Vi Kwartler, president and studio manager of WRPR. “This is a space where you can be yourself and broadcast that. Literally.”

Kwartler has been a member of WRPR since their freshman year, and their time with the radio has enhanced their overall college experience, as well as provided them with the opportunity to express themselves and their musical interests.

As president, radio show host and long-term member, Kwartler emphasizes how important it is to have active members who will stick around for years to come, long after they have graduated.

“The goal is to continue to foster a space for people who want to express themselves in a way that other clubs might not let them,” they said. “We’re a community, but there’s also a huge individual aspect.”

Working for the radio is a gateway to other clubs and positions. When a student is DJing an event, not only are they providing the music for the crowd, but they too are now involved with the event itself, its participants and Ramapo at large.

“I’m just trying to give other students the same luxury I had of having a radio show and getting to be involved with campus events,” Kwartler said. Their own radio show, “Subject to Change,” has been part of the WRPR lineup for some time now. Each week, Kwartler shares a new group of songs with a particular theme, and they share their thoughts on how the songs fit into the playlist.

They want new students to have the same opportunities as them, and they encourage everyone to consider starting their own show, because “as long as it’s safe for the radio, you can do what you want.”

During the pandemic, WRPR and its student involvement fell flat, similar to many other clubs and organizations on campus. However, unlike most clubs, WRPR was unable to thrive as a membership while virtual.

A large portion of the work WRPR does is DJing for campus events and being inside the studio recording live broadcasts. With the pandemic’s halt of in-person activity, the members of the radio station have been limited to their own involvement.

“There were talks of trying to have pre-recorded radio shows and playing them later on, like a podcast,” Kwartler shared. It was a good idea, but it would have required the use of certain software, which was not easily accessible to members while living at home.

Kwartler was one of only two people who had access to the studio during the 2020-21 school year. They were able to check in here and there to ensure music was always playing — the radio can never have dead air —  and the music was a combination of Kwartler’s and the previous co-president’s personal CD collections.

Even prior to the pandemic, there has been a struggle to keep the station afloat. Radio is unfortunately seen as a dying media platform, so WRPR falls as an easy organization to target. However, it is not dying yet, and Ramapo’s radio station is getting their campus involvement back up and running.

As Ramapo continues to expand their offerings of events, it has given WRPR members the opportunity to attend and play music for participants. If you are hosting an event on campus, consider reaching out to WRPR to DJ.

So far this semester, WRPR has a current line-up of nine different student-run radio shows. Tune in to WRPR on 90.3 FM in the Mahwah, N.J. area, or listen online, anytime, anywhere. Music is non-stop, and student shows vary throughout the week, so you won’t want to miss a single beat.

For more information on getting involved with WRPR, head to its website and Archway page, or email wrpr@ramapo.edu.