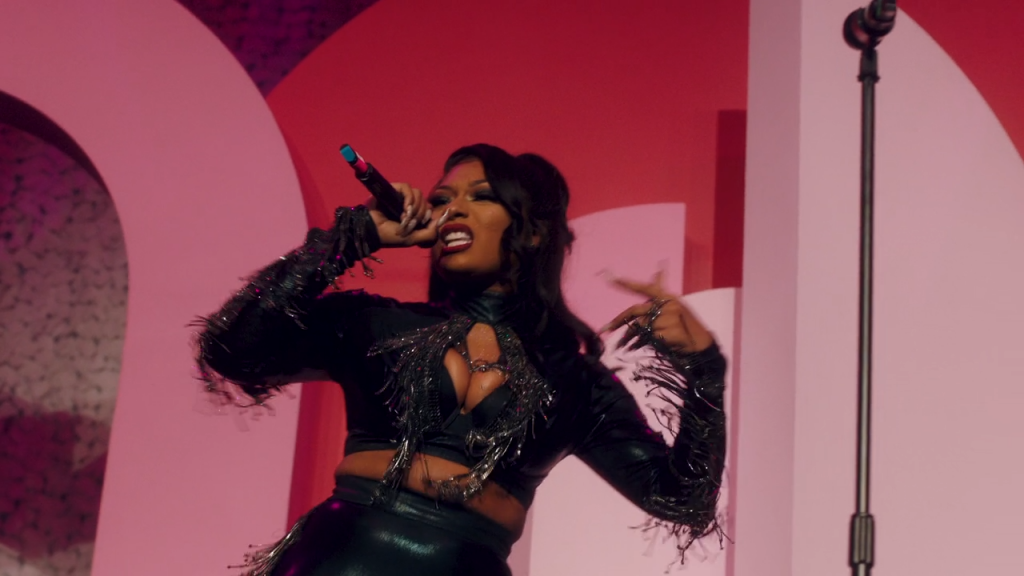 Megan Thee Stallion has become a rap powerhouse in recent years. With her music featuring powerful beats, seamless flows and memorable lyrics, the 26-year-old rapper has established herself as a mainstream mainstay for the foreseeable future. Just because Megan’s future is bright however, does not mean that she has forgotten her past. Case and point: the Oct. 29 release of her “Something for thee Hotties” mixtape.

Containing equal amounts of new material and previously archived songs of hers, Megan delivered 21 songs to her fans, or as she calls them, her “hotties,” to cap off October on a high note. Although the album may not be the deepest, it is full of bangers, and it is bound to satisfy nearly everyone that listens to it.

“Something for thee Hotties” has 21 different songs within its 45-minute length. Most of the songs are two-minute bursts of Megan delivering well-crafted verses talking about her power over beats that quickly work their way into one’s system. While it is interesting to hear the songs’ productions, it does admittedly come to a head with the lyrics.

There is a good amount of wordplay within most of the lyrics; “Everything I eat go straight to my pocket / 2021, finna graduate college / Goth girl shit, I’m a real hot topic” is just one of the many portions of lyrics that feels distinctly Megan and incredibly clever.

Despite that though, a good amount of the album is nonstop powerhouses, with little room to breathe. Hearing Megan talk about her different prowesses from sexual to professional is enjoyable in moderation, but when five songs in a row talk about the same points, it can grow tiring.

That is not to say the album is monotonous, far from it. Although nearly every song in “Something for thee Hotties” has similar themes behind them, Megan and her production team fill every moment with stellar flow, clever wordplay and high-quality beats that are bound to stick with you.

On their own, the fast-paced freestyles and songs within the album are a great time. When combined though, it does feel like something is left to be desired, much like the variety within Megan’s 2020 album “Good News.” There are exceptions to this rule, like with the controlled mix of chillness and power of “Tina Snow Interlude” and the boom-bap style of “All of It,” but for complete outsiders, a portion of the album may blend together.

“Something for thee Hotties” may be somewhat of a one-trick pony, but it does its one trick incredibly well. Megan Thee Stallion is an incredibly engaging person, and even if her musical themes are conventional, she handles them in entertaining and intelligent ways that show why she became so renowned.

This mixtape may not be the most impressive of Megan’s outings, but it definitely shows her at her most passionate, and for that it deserves commendation. Only time will tell what Megan will deliver to her hotties down the line, but one thing is certain: Megan Thee Stallion will continue to ride on in fame for the foreseeable future.