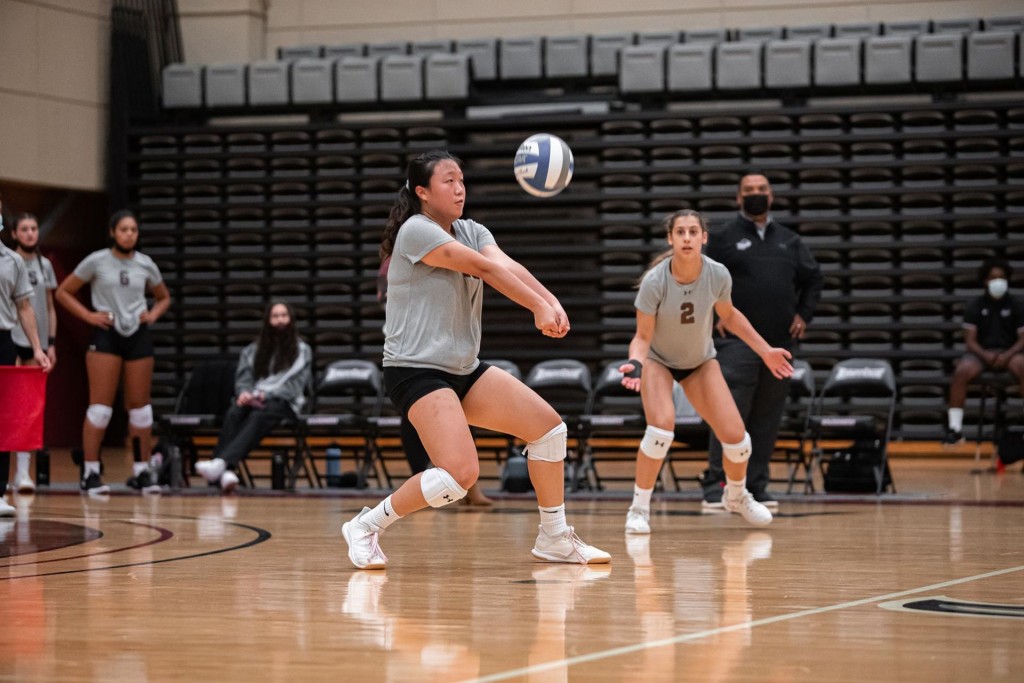 The Ramapo women’s volleyball team won a pair of games on Saturday, Oct. 30 to round out the season on a high note. The Roadrunners finished with an 8-15 record but had some impressive wins along the way. These two games were no exception.

In the first game, Ramapo took the victory over John Jay College by a score of 3-1. The scores in this one included 25-16, 25-18 and 25-15 wins. Grace Kim, outside hitter, led the team with nine kills. She also had team highs in aces with three and in digs with 14.

Right behind Kim were Aniella Bednarz and Caleigh Golabek, who both collected seven kills each. On the defensive side of things, Riley Stewart led the team with four blocks. Alexandra Sacchinelli extended her season-long team lead in assists, collecting another 14 in the first game. Hannah McTighe matched her teammate with another 14 assists. Overall as a team, Ramapo collected 35 kills in the match on 116 attempts, while committing 21 errors.

John Jay College was led by Amanda Marte and Rielly Catan, who both recorded eight kills. Meghan Smith had a team-high of 34 assists during the game, and Kristen Gretener had 26 digs on defense to lead the team.

In Ramapo’s second game of the day, the team hosted the College of Mount Saint Vincent (CMSV). This game also resulted in a 3-1 victory for the Roadrunners, but this one was much more competitive.

Ramapo won the game by scores of 25-23, 25-22 and 32-30 in a highly-contested game against an opponent with a winning record. Kim built onto her good day by once again leading the team in kills, adding another 13. Golabek had another 11 kills in this game and also added a team-leading three aces and give blocks.

Stephanie Ross also contributed greatly to this victory as she posted 10 kills. She recorded 23 digs on defense, which led the team during the game. Emma Moran added 20 digs and Kim had another 16. Sacchinelli and McTighe, once again, set up their teammates for success by posting 16 and 14 assists, respectively. In this game, the team had 40 kills on 168 attempts and, just like the first game, 21 errors.

For CMSV, Samantha Schroeder led the way with 17 kills. Right behind her were Rianna Rivera with 15 and Lindsay DeBoer with 14. Madison Gale also posted 48 assists to lead the team, and Schroeder and Gale both had 19 digs to tie for the team lead.

These were the last games for the women’s volleyball team of the season, and they ended on a positive note by sweeping two games in Riverdale, N.Y..