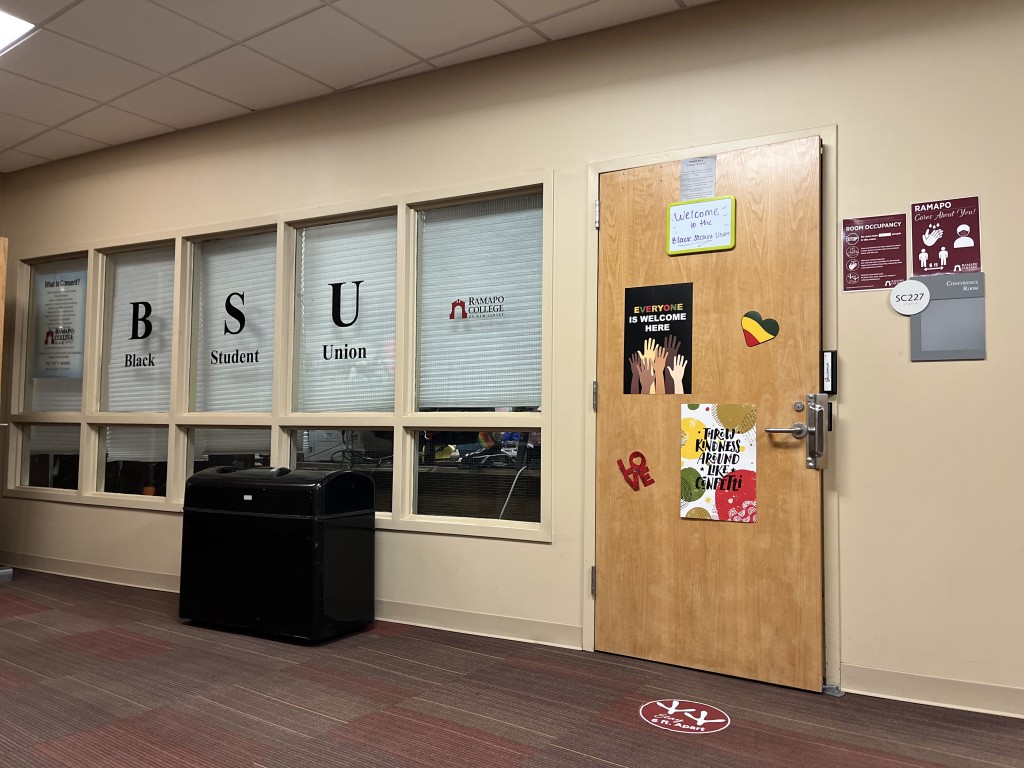 The Black Student Union (BSU) and Office of Equity, Diversity, Inclusion and Compliance (EDIC) invited educator and psychologist Dr. Broderick Sawyer to host a free allyship workshop for white students in light of Black Solidarity Week. The event was held over WebEx on Nov. 2 before his presentation of “Coping with Racism: Thriving as a Student of Color” for Black and brown communities on campus.

Given that undergraduates attending the college are predominantly white, this event highlighted ways the campus can foster a more anti-racist environment. In a discussion with Ramapo students, Sawyer emphasized the importance of practicing compassion and emotional awareness as often as possible.

“What we do as people when we feel uncomfortable with emotion, we then move away from it. And we keep doing that,” Sawyer said, explaining how this behavior frames a subsequent minimizing of oppressed voices when harmful actions are addressed.

Sawyer relates these small-scale interactions to a larger issue, finding that the current K-12 curriculum could benefit from lessons focused on emotional intelligence. When taught correctly, it returns to the idea of compassion, which should not selectively cater to minority groups, but instead extend to all peoples.

“We want to move beyond performances, and we want to become better, more compassionate people overall,” he said, opening the conversation to specific ways in which a community can foster allyship, especially when an institution fails its students. Some of the most pertinent modes of organizing on campus that he cites are defining an objective, negotiating demands and demonstrating.

Ramapo College had released a statement during the height of the Black Lives Matter movement on June 6, 2020. The message addressed specific instances of racism on campus, as well as the death of George Floyd, explaining that the campus will work to “ventilate concerns and to advance change.” These events had preceded some programs implemented by Ramapo, such as their Black Lives Matter Colloquium and Conversations on Race series.

“Although the POC on campus are appreciative, not many are aware of these culturally rich, informative programs – this can be due to POC not being directly informed or lack of student awareness,” said BSU President Tiana Jones via email. “However, until there’s a shift in culture, the continuous inclusion & consideration of POC in their academic and social affairs as well as sensitivity training for students who pose a threat to the safety, comfortability and well-being of POC then enough isn’t being done.”

Associate Director of EDIC Rachel Sawyer shared that white students and faculty alike often approach her for direction in conversations surrounding race, explaining that they have difficulty navigating the subject alone. In searching for ways to make the dialogue more engaging — and still informative — Broderick explained that the energy from students takes precedence.

“If the need is clearly there, if you build brick by brick, and you move in the direction you want to move in,” he said, “that energy will lock in. Because it’s the truth.”

In utilizing the platform university campuses intrinsically possess as institutions, conversations detailing the truth of oppression and its history may prove to be a learning experience for students. Black Solidarity Week is one of many opportunities to educate one another while uplifting the voices of affected communities.

“Besides being an array of events strung throughout the week, Black Solidarity has a deeper meaning and is meant to emphasize how POC contribute greatly to the up-keeping of our economy and therefore should be regarded as important, EQUAL members of society,” Jones said. “We should use this year to continue the annual traditions of Black Solidarity Week at Ramapo and prepare for an even better and more impactful year to come.”

The week will close with the Liberation Lituation! on Friday, Nov. 9 at the Alumni Lounges, which will follow a throwback theme, threading its history through present spaces.