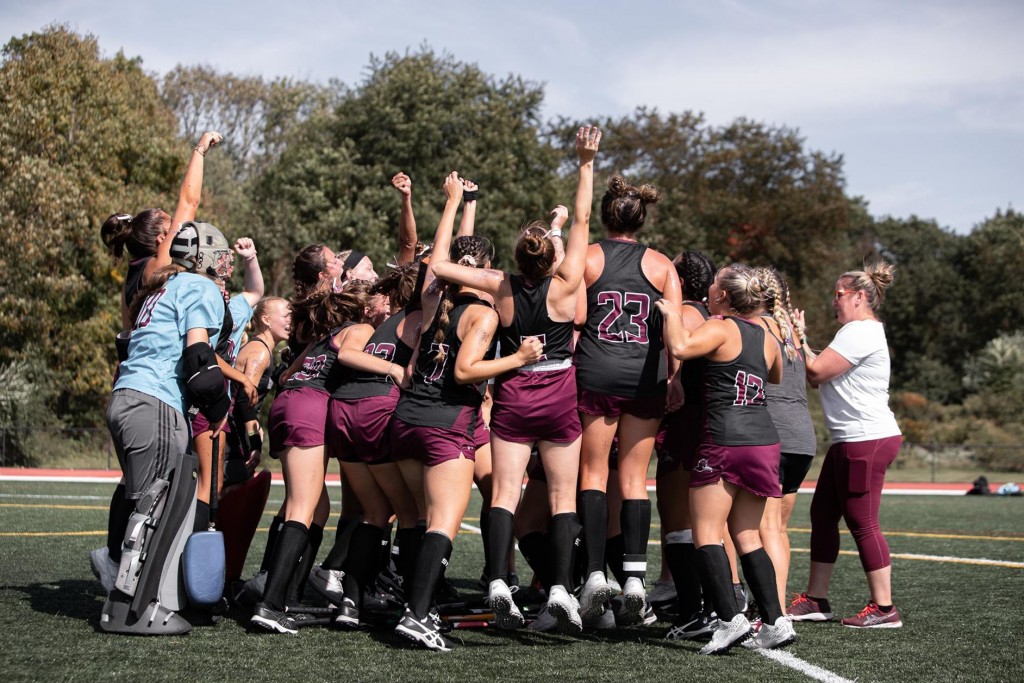 Senior Day was a day to remember for Mariah Tovar, Talitha Joustra and Angela Oskierko as Ramapo took down Misericordia University by a score of 5-2. Each of the three seniors netted at least one point in the Roadrunners’ last game of the regular season. Tovar and Joustra each netted a goal and Oskierko tallied one assist.

The day began with a ceremony highlighted by the families of each senior member on the team walking with the players on the field. Each senior was also greeted by President Jebb, honoring their time with the team.

“These past four years have been such an experience for me and being able to celebrate Senior Day with my friends and family was truly a day I will cherish for a long time,” said Oskierko, co-captain of the team, in response to what the day as a whole meant to her. “I want to thank my friends, family and teammates for making the day so memorable.”

In non-senior related news, junior forward Victoria Docherty ended her season by winning her third New Jersey Athletic Conference (NJAC) Offensive Player of the Week Award. Her two goals and two assists in Saturday’s game gave her a total of 55 points on the season, the most in the NJAC division by a landslide. The next closest in points were Rowan University’s Julia Patrone and Kean’s Jordan Thompson, who both had 14 less than Docherty with 39.

Freshman goalie Michelle Kukan had yet another strong performance, recording 10 saves. In these were some incredibly athletic kick saves to assist Ramapo in its victory. The time of possession and defensive statistics were split in this one, with Ramapo narrowly outshooting Misericordia 18-16.

The win was Ramapo’s 12th of the season, setting a new single season program record. Due to their success, the Roadrunners earned themselves a playoff spot for the first time in program history. The team’s high-powered offense was on display the entire season, scoring a total of 59 goals which was third in the division. Ramapo also finished third in goals per game, further showing the impact of so many great offensive players on one team.