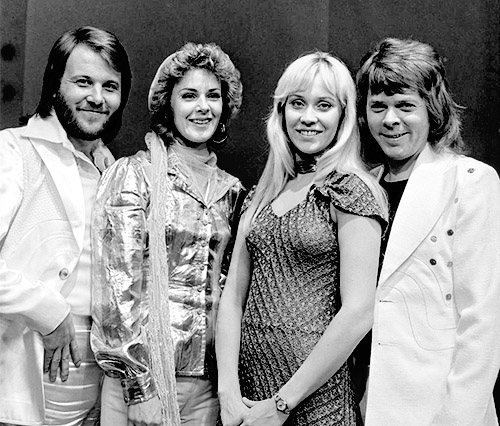 Put on your dancing shoes and get ready to party! ABBA’s long-awaited album arrived on Nov. 5 and has been a delight to listen to so far. The group has come a long way, having their most recent album drop in 1981, leaving fans to believe that “The Visitors” would have been their abrupt farewell.

After four decades of silence and no new music, “Voyage” has finally arrived and is slowly making its way into our hearts. Having this album shows a more mature side to ABBA and directly gives the fans what they’ve been waiting for.

“Voyage,” ABBA’s ninth studio album, has brought back lots of memories for fans across the world. While it’s been stated that this will be their final album, the band has given it their all and produced a record comprised of 10 beautifully written songs.

The album starts off with one out of their three lead singles, “I Still Have Faith In You,” a power ballad that delves into a couple wanting to rekindle their love after years of not being together. “When You Danced With Me” follows suit, a heartbreaking song about a relationship gone astray and remembering what a night-out together looked like.

“Little Things” is the first new song we hear after the two singles and is the perfect song for the holiday season. It gives the listener nostalgia for the winter season and childhood memories as a children’s choir sings towards the end.

The album has a mix between power ballads that discuss the pain of heartbreak and upbeat songs that remind us of “Gimme! Gimme! Gimme!” with a synth-sound to it. A personal favorite, “Just A Notion” has a summery, Beach Boys vibe to it, and sounds like it could be featured in another Mamma Mia movie. The song is perfect for the upcoming summer and has an extremely catchy chorus.

Songs like “Keep An Eye On Dan,” “Don’t Shut Me Down” and “No Doubt About It” feel like a direct callback to the group's past albums, particularly their 1976 hit record “Arrival.” While the album has a mix between power ballads and soon-to-be summer hits, there are a few songs that don’t seem to fit with the vibe the album is going for.

While “Voyage” is packed with songs that are reminiscent of the past, ABBA has songs that don’t exactly stick with their old sound. “I Can Be That Woman” and “Bumblebee” are the two songs that don’t quite fit and sound out of place.

The band’s sound has matured in many ways, but with a song that talks about a bumblebee in the spring doesn’t feel right with all the other songs. It’s a great song to kick off spring, but it doesn’t add anything new to the album.

In terms of “I Can Be That Woman,” it is another power ballad from the perspective of a dog looking at a relationship slowly falling apart. The dog perspective was a little odd, but makes sense as the song goes on.

The album is truly packed with great vocals, mini guitar solos and has an overall great vibe. If “Voyage” is ABBA’s last album as a group, they are certainly going out with a bang.