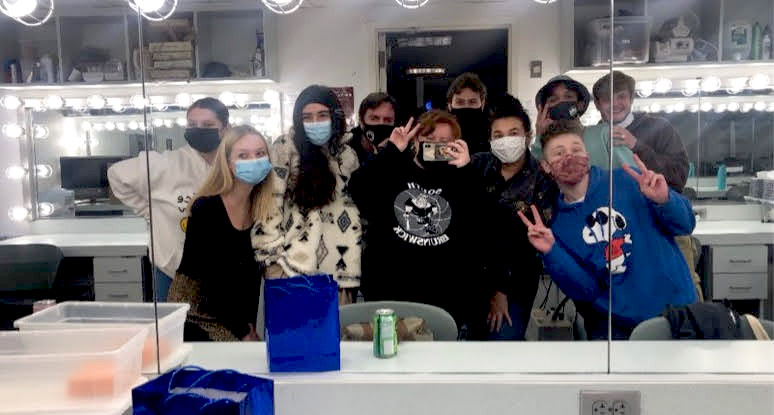 If COVID-19 has taught me anything, it is that theatre as an art form can persevere through even the darkest of times. During quarantine and the peak days of the coronavirus pandemic, we as theatre artists had to make a switch to the world of virtual performing, which was essentially uncharted territory for us before 2020.

It wasn’t exactly my cup of tea per se, but missing out on the opportunity to do at least some form of theatre during Covid would have been a mistake on my end. Ramapo’s virtual production of “Horsedreams” by Dael Orlandersmith was a success, but it was also a mentally and physically taxing experience.

To a degree, it felt as if my love and drive for acting was stuck in limbo during that time. One can imagine my delight and sigh of relief when I got word that our productions would be on the stage.

Ramapo’s first play of the year is “The Importance of Being Earnest,” and returning to the Berrie Center for my first in-person audition/callback experience since 2019 was certainly strange. I saw people who I had either not seen face-to-face since early 2020 or people who I had only seen from the neck up on Zoom. There were also numerous people who I had yet to acquaint myself with.

Being deprived of on-campus theatre felt like I was tuning into a TV show after skipping a season. I had to readjust myself to the feelings and nuances of what it is like during the audition and callback process. Nevertheless, this was a thousand times better than auditioning from behind my computer screen, something I hope to not have to do again anytime soon.

For every theatrical production I have been involved with, I have had the pleasure of meeting friendly and talented individuals who bring something unique to the table in the dynamic of the cast. This production of “The Importance of Being Earnest” was no exception. I have had the pleasure of meeting and getting to know seven talented actors I had yet to work with, as well as two previous castmates of mine from different projects.

The cast clicked with each other almost immediately after our first read-through of the play. I think the show brought out the best qualities in everyone involved. For myself in particular, I found it easy to be able to express myself comfortably with my castmates in terms of my style of humor — and I am sure my fellow cast members can attest to this.

Being involved with “The Importance of Being Earnest” reinvigorated my passion for acting and performing as a whole. I couldn’t think of a better way to return to live theatre.

As opening night gets closer and closer, I remind myself how grateful I am for the camaraderie I experienced with everyone involved with the play from both the cast and crew. We have put together a heck of a show, and I have been fortunate enough to have been along for the ride.