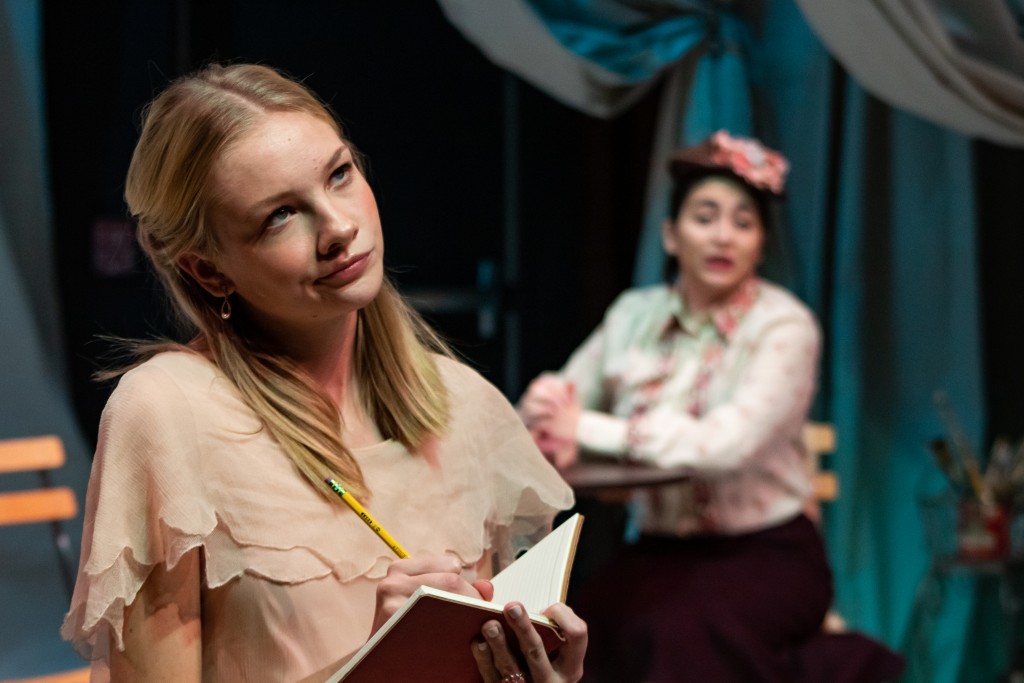 Oscar Wilde’s most popular play has made its way to Ramapo College, its energetic absurdity shaking Adler Theater to its core. “The Importance of Being Earnest” was met with roars of laughter and applause on its opening night of Friday, Nov. 12.

Directed by Maria Vail, Ramapo’s take on the farcical “The Importance of Being Earnest” stars Andrew Hobbie as Jack Worthing, a young man living what starts off as a low-stakes double life. A confrontation initiated by the gentlemanly Algernon Moncrief, played by Casey Giblin, brings Jack’s habit of assuming two different identities to light.

When he travels into the city, Jack assumes the name ‘Ernest,’ sporting his true name only when he is in the country with his young ward, Cecily Cardew, who is played by actresses Alyssa Blake and Claudia Hastings. A love affair with the elegant Gwendolen Fairfax, played by MaryGrace Iorio, threatens to reveal Jack’s scandalous secret — a threat that increases once Algernon decides to involve himself in the affair.

Hobbie, Giblin, Blake, Hastings and Iorio were joined on the Adler Theater’s quaint set by Katherine Gavin, Devon Wells, Thallys Agostinho Ribiero, Alia Panestsou and Mathew Schroeder-Towe. Eager to return to the stage after a year of quarantine and virtual shows, the cast blew the audience away with impressive grasps of who and what their characters were.

Each and every single actor truly embodied their characters, particularly excelling with body language. It became easy to forget that the people on the stage were friends, roommates and classmates: the moment the spotlight hit each cast member, they were their characters and their characters alone. For most, the exaggerated British accents seemed to be second nature, and the subtle mannerisms that defined their characters were constant and consistent.

The cast was doubtlessly helped by the beautiful period pieces they wore for the night. Beba Shamash, Associate Professor of Theater, put the costumes together with a careful eye. Though Wilde’s play originally took place in the late 1800’s, Ramapo’s take on “The Importance of Being Earnest” occurs somewhere within the 1920s.

The clothes chosen for the actors speak of the luxury of the roaring twenties, their bright colors and flashy accessories catching the eye beautifully. There are two standout pieces to note, the first being Algernon’s second act suit, an exceptionally lovely yellow two-piece ensemble adorned with a rose. Gwendoline’s breezy summertime dress, also featured in the second act, was a light, gorgeous seafoam green ensemble fitted specifically for Iorio. The costumes were truly the eye candy of the show and succeeded in not only fitting the actors, but in speaking to their characters’ natures as well.

When speaking to the cast, it was difficult to miss the pride in their voices. Iorio and stage manager Ryan Gordon lit up when recalling the long road they had taken to opening night.

“Being back in the theater is amazing,” Gordon said. “We still have to readjust, but it feels good to be back.”

Iorio and Gordon both spoke highly of director Maria Vail, giving particular praise to the way she endeavored to make the play unique to Ramapo. A notable change was the character of Lane, Algernon’s butler.

“She thought it would be funny if he was more like a mind reader,” Gordon said. “Always having what Algernon needed before he was asked was Maria’s idea.”

It seems that Vail was correct: opening night was full of uproarious laughter from the audience. Even so, the cast is eager to hear even more laughter and is determined to make it happen.

“Don’t be afraid to laugh,” Iorio exclaimed, thinking of future audiences. “We want to hear your laughter — it’s a comedy!”

“The Importance of Being Earnest” will be presented in Adler Theater at 8 p.m. until Nov.19. There will also be two chances to see this timeless play on the 20th: once at 2 p.m. and again at 8 p.m.