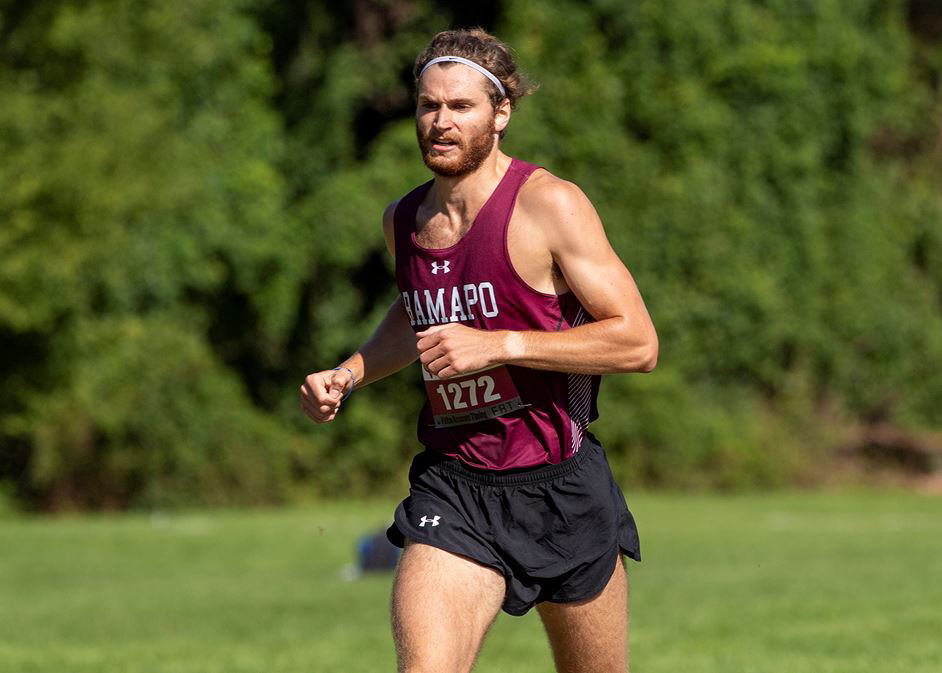 The Regional Cross-Country Championships Men’s 8k is a proving ground for athletes to seize their dreams, for teams to propel themselves and for fans to witness the strength, perseverance and culmination of — for many runners — a lifetime of dedication. The conditions could not have been more perfect, with a temperature in the high 50s and a strong cloud cover — despite a few gusts of wind — the men’s race was looking to have ideal running weather. Ramapo athletes had many expectations going into the race and had their eyes set on Nationals, led by star senior athletes Chris Andersen and Steve Fiumefreddo.

Andersen and Fiumefreddo quickly took very familiar places up at the front, and the first 1k was a tactical positioning battle to ensure that they did not get swallowed by the crowd. Both runners stayed composed with an opening mile time of 5:02. This led to Haverford and Strahome taking a small early lead.

The two Roadrunners stuck with each other, working off each other’s strength and making sure to stay focused. The race picked up as Fiumefreddo had taken the lead over Andersen, and Haverford took a commanding lead in the 6k.

The last mile is where experience took the stage. Andersen was in fourth and Fiumefreddo in a very close third — battling with Haverford to finish strong. Around the last kilometer Andersen kicked up into a different gear and suddenly charged into first, passing both Fiumefreddo and Haverford.

However, Haverford and Fiumefreddo made a strong effort and looked to catch back up. Andersen then dug even deeper and exploded past the last turn and into the straight away. With an all-out sprint on the final 800 meters resulting in a time of 2:20, Andersen took a commanding lead and ran with a final time of 25:03 — a blistering speed that secured him first place and a spot at Nationals. Fiumefreddo came in third with a time of 25:12 and also earned himself a spot in Nationals.

Notably, Ramapo finished in fifth overall out of 21 teams with freshman star Mohamed Nidaazzi battling an ankle injury. The race was a nail biter and the results were proof of Ramapo’s ability to be competitive. The team says they are looking forward to seeing Andersen and Fiumefreddo both run in Kentucky and represent Ramapo at the National Championship.

As for the women’s race — at the firing of the gun Ramapo steamed forward, plunging straight through the heart of the crowd. Suzanne Zaugg took the lead of the Ramapo runners, followed by Safiya Ratliff, Zoey Cassavel and New Jersey Athletic Conference (NJAC) champion Jane Wagner. Zaugg was looking very strong for the first half of the race and was in the top ten. Competition was fierce but Ramapo as a team looked determined.

At around the 4k mark there was a tremendous shift in leadership with Wagner pulling ahead unleashing her strength — having passed 22 people in the last 3k.

All Ramapo women finished with personal or season bests and 11th overall out of 26 teams. This was a strong race led by exceptional runners and was thrilling to watch.