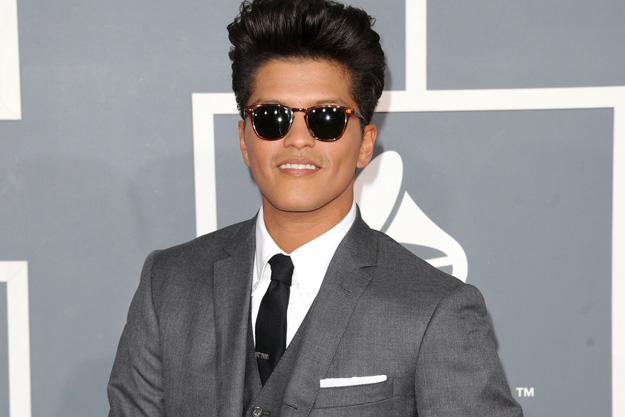 Bruno Mars and Anderson .Paak have made some of the best music in the modern era, both of their sounds hearkening back to eras past with loads of funk and smooth lyrical delivery. As such, when the two announced their collaboration in the form of Silk Sonic, the world was filled with anticipation over what the group’s first project would be.

With singles like “Leave the Door Open” and “Skate” being released, the hype only grew for the duo’s album. Now with the Nov. 12 release of “An Evening with Silk Sonic,” all of that excitement has been met and then some. With continuously soul-filled performances from Mars, .Paak and the others on this album, this is a short but sweet ride that will have anyone who hears it dancing until the crack of dawn.

Silk Sonic has gone for quality over quantity with their debut album, “An Evening with Silk Sonic,” consisting of an intro and eight songs, being a little over 30 minutes in total length. Though this may prove disappointing at first, each of the songs is filled to the brim with infectious beats, emotional vocals and impressive production that pulls out all the stops. From the sultry “After Last Night,” to the smoother and more comedic “Smokin Out the Window,” to the upbeat and Soul Train-like aesthetic of “Skate,” there is something bound to please everyone in this album, with lots of heart in each song.

Mars and .Paak have such good chemistry throughout the entire album. It feels incredibly satisfying to hear two artists with similar music production philosophies come together like this. When combined with overarching narration from Bootsy Collins, Silk Sonic does a great job of making the project feel like a vintage record from a time long gone.

Yet whenever the pair curse or make modern references with lines such as “Got her badass kids runnin’ ‘round my whole crib like it’s Chuck E. Cheese,” you remember this is an album made in the here and now. It is that balance of taking elements from the past and the present that makes this such a compelling project, and the amount of effort everyone, from the singers to the people playing instruments to the narrator, shows how this was a project made with love and passion on all fronts.

“An Evening with Silk Sonic” is not only one of the best R&B albums of the year, it is one of the best albums of this year full-stop. With gorgeous production and lyrics that have an equal amount of past and present elements to them, charismatic leading men in Mars and .Paak, and some of the catchiest songs to be put out in recent years, this is a testament to how important it is to respect elder musicians while putting a new spin on old tricks.

If Silk Sonic turns out to be a one-time thing, then this was a perfect way to leave an impact on the music industry. Otherwise, one can only hope for a fruitful future for Silk Sonic and their music philosophies. They are a marvel to experience and a pairing that cannot be easily forgotten.