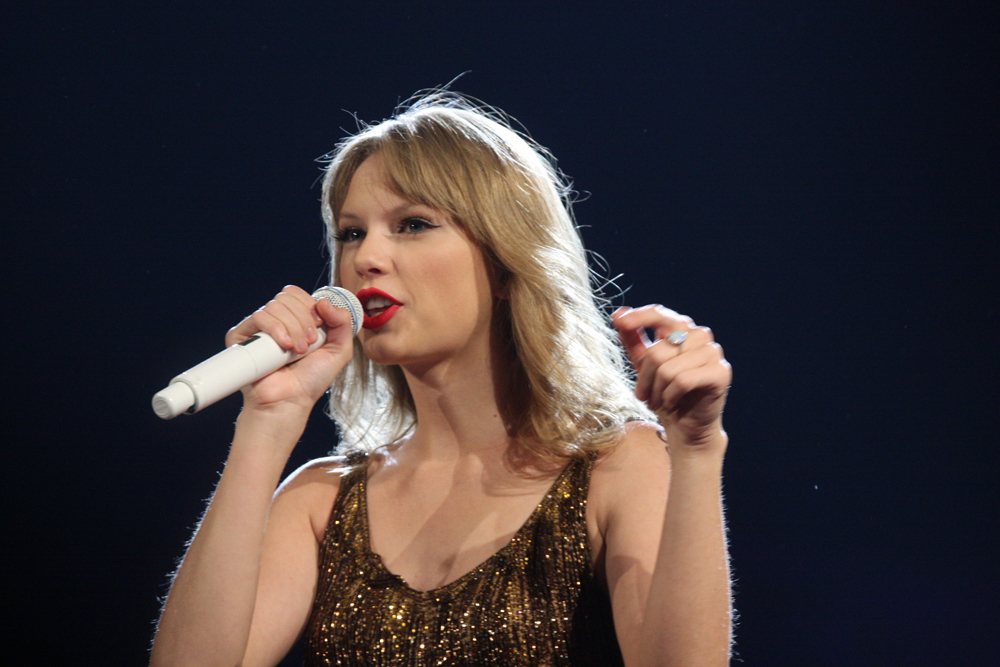 Taylor Swift has been systematically re-recording her albums after her original masters were acquired by talent manager Scooter Braun in a contract dispute. Her re-recordings, dubbed “Taylor’s Version” albums, have been receiving mass support for their quality, but also Taylor Swift’s ability to reclaim the right to her creative property.

Swift re-recorded her 2012 album “Red” and released it Nov. 12, breaking streaming records and gathering critical acclaim from musical reviewers to social media brand accounts. As with all of the new “Taylor’s Version” albums, each includes never before released songs that are “From the Vault.” Swift has added nine of these songs to “Red (Taylor’s Version),” in addition to the 21 songs already on the album including collaborations with Ed Sheeran, Phoebe Bridgers and Chris Stapelton.

The recent re-release also spawned intense and borderline comedic ire against her ex-boyfriend Jake Gyllenhaal, who many speculate is the inspiration for several of the heartbreak and toxic relationship-themed songs on the album.

Swift stated online regarding the themes of the album “Musically and lyrically, Red resembled a heartbroken person. It was all over the place, a fractured mosaic of feelings that somehow all fit together in the end. Happy, free, confused, lonely, devastated, euphoric, wild, and tortured by memories past….”

While I listened to the album, I certainly noted the mosaic-like style she described. On “Red (Taylor’s Version),” each song has a unique element to it that sets it apart from its counterparts.

Songs like “Treacherous,” “I Almost Do” and “I Bet You Think About Me (Feat. Chris Stapelton)” explore Swift’s country roots. These songs pair nicely with the other acoustic songs on the album such as “Nothing New (Feat. Phoebe Bridgers)” and the acoustic version of “State of Grace.”

In the original "Red" album, Taylor began branching out into other genres such as folk and pop-rock. This can all be reflected among the wide variety of songs on this album.

In “Taylor’s Version,” she incorporated a wide range of new musical genres and styles. One of the most notable examples of this is her EDM-esque song “Message In A Bottle (From The Vault).” This area is new territory for Swift, but she navigates it masterfully.

Swift’s confidence in her craft was most notable with her 10-minute version of “All Too Well,” which was paired with a short film that she wrote and directed starring Dylan O’Brien, and Sadie Sink of “Stranger Things.”

This new version takes a more in-depth and feminist approach to the original song, and it incorporates lyrics rife with symbolism and incredibly dynamic vocals. This paired with the story-like structure keeps the audience deeply engaged for the entire duration of the song, making it a fan favorite from the new album.

“Red (Taylor’s Version)” is ultimately a statement piece from Taylor Swift. She is fiercely sharing her story, reclaiming her music and correcting history by exposing how toxic her past relationships have been.

This album is dynamic, complex and emotionally raw. It breaks down love and heartbreak to its bones, and after listening you feel like you have a shield around your heart. This album is an experience in itself, and everyone should have it queued up immediately.