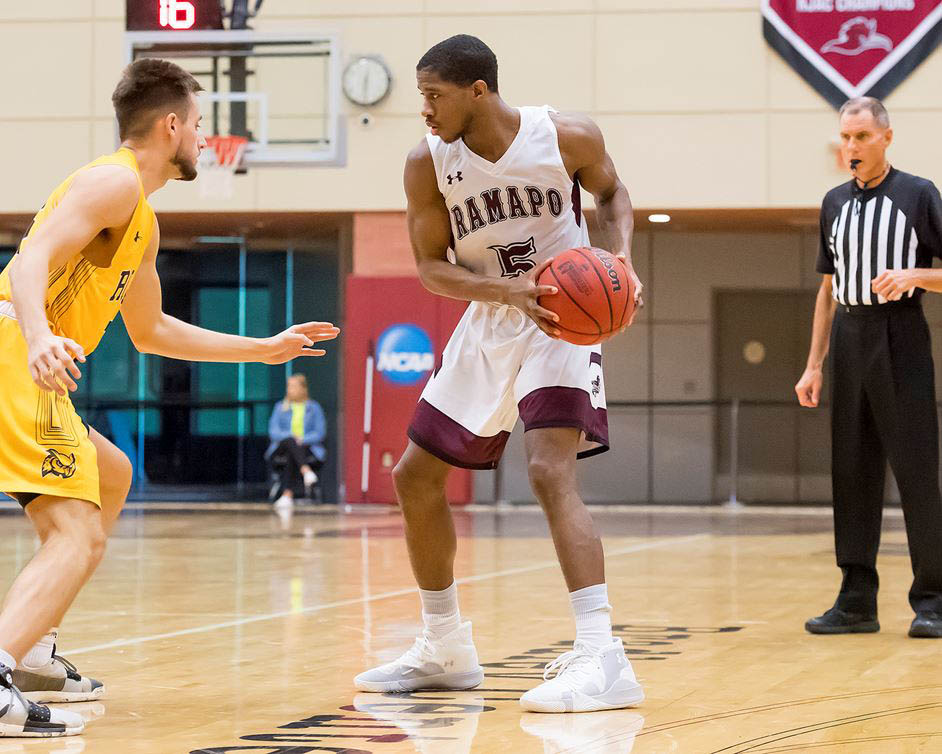 The Ramapo men’s basketball team opened up the 2021-2022 regular season with a big win against Sarah Lawrence College by a score of 80-60. The first game of the season took place on Nov. 10 at the Bradley Center. This win gave the Roadrunners a 1-0 record to start the year.

This win was long-awaited for the team as the 2020 season was postponed due to the COVID-19 pandemic. With such a long time between the two seasons, senior guard Marquise Kindel was the only returning starter for Ramapo.

In the game, Jordan Myers led the way for Ramapo, recording 19 points and eight rebounds in the season opener. Myers was one of four starters who put up double-digit points, joined by Mansfield Warren who had 13 and Kindel and Shane Rooney with 12 each.

Rooney, along with his 12 points, recorded 12 rebounds en route to the Roadrunners’ first double-double on the year. He also added three huge blocks to his impressive stat sheet.

Of course, having so many notable performances could not have happened without the combined effort of the entire team. Peter Gorman constantly set his teammates up for success, dishing out five assists on the night, a team high. He also recorded four steals to go along with seven points.

Bryan Joseph was a microwave off the bench, filling up the score sheet with eight points and five rebounds in just 11 minutes of action. This was helped by him going 4-4 from the charity stripe. As a team, Ramapo went an impressive 17-23 from the free throw line.

Not only did Ramapo put up 80 points, the team accomplished this feat in an efficient way by shooting 50% (31/61) from the field. This efficiency coupled with the incredible scoring output was a good sign of things to come for Ramapo in the rest of the season. Ramapo also outrebounded Sarah Lawrence 44 to 28.

The team went into halftime with a decent-sized lead at 40-32, but really took over the game in the second half by out-scoring Sarah Lawrence 40-28. This dominating effort was also helped due to the fact that the Roadrunners forced 24 turnovers. The team was able to capitalize off these mistakes often, putting up 23 points off turnovers.

Ramapo’s next game will be against Marymount University in Arlington, Va. on Saturday, Nov. 20. The game will take place at 1 p.m., and despite Marymount’s 0-2 record, the team put up 108 points in its last game. It will undoubtedly be a tough battle for the Roadrunners.